IMAGE: Rishabh Pant stole the limelight on Thursday when he had his arm around Avesh Khan's shoulder after the bowler was clobbered for two sixes. Avesh got a wicket off the very next ball. Photograph: IPL/Twitter

The 32-year-old, who was retained by Delhi ahead of the IPL auction, missed the games against Chennai Super Kings and Rajasthan Royals, which paved the way for 24-year-old pacer Avesh Khan's selection in the team.

"He (Avesh Khan) has been ultra-impressive, pretty much from the first day we arrived here for the training camp. Physically he looks a little bit better, he lost a little bit of weight from last season. He is definitely fitter and bowling faster. Without a little bit of extra fitness on his side, he is able to maintain his action better. His lines and lengths and slower ball execution is excellent so far," Ponting said while replying to an ANI query in the virtual post-match press conference.

"Coming into the first game, Ishant Sharma obviously had a heel niggle that we have been trying to work through but Avesh grabbed his opportunity with both hands. He has been around with this franchise for a few years now and has not got the opportunity that he has been craving. Look so far, he has been one of our real find and if you got an Indian fast bowler like him and the likes of Woakes, Rabada, Nortje and T Curran around we end up with a really strong fast bowling brigade," he added.

Delhi Capitals will next take on Punjab Kings here at the Wankhede Stadium on Sunday. 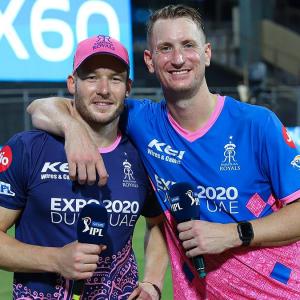 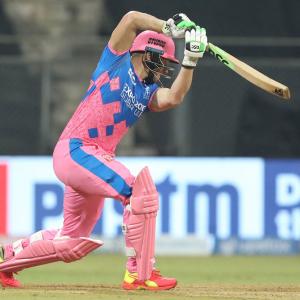