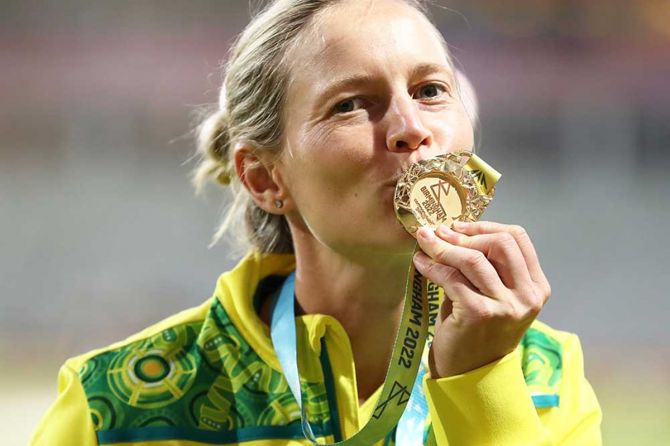 Cricket Australia (CA) said on Wednesday that World Cup-winning captain Meg Lanning is taking an indefinite break from the game for personal reasons.

The 30-year-old's decision means that she will miss the upcoming edition of The Hundred, where she was due to represent the Trent Rockets.

Lanning captained Australia to the Commonwealth Games gold medal on Sunday as they beat India in the final in Birmingham.

"After a busy couple of years, I've made the decision take a step back to enable me to spend time focusing on myself," Lanning, Australia's most capped women's player, said in a statement.

"I'm grateful for the support of CA and my team mates and ask that my privacy is respected during this time."

CA said it would continue to back Lanning, with a decision on her participation in the upcoming Australian domestic summer to be made in due course.

"She's been an incredible contributor to Australian cricket over the last decade, achieving remarkable feats both individually and as part of the team, and has been a brilliant role model for young kids," said Shawn Flegler, CA Head of Performance for Women's Cricket.