Tendulkar named for tri-series in Australia

Veteran Sachin Tendulkar was recalled while paceman Praveen Kumar and spinner Rahul Sharma were also included in India's 17-member squad for the next month's tri-series in Australia.

Irfan Pathan also made a comeback in the team, announced by BCCI Secretary Sanjay Jagdale after a marathon meeting of the selection committee.

There were no major surprises in the ODI squad despite the team's dismal performance in the ongoing Test series, which India is trailing 0-3.

Tendulkar, who played his last ODI in World Cup final on April 2, is the only batsman who seems to be in good nick and will get an opportunity to record a historic 100th international century.

Zaheer Khan will spearhead the bowling attack which has Umesh Yadav, Praveen Kumar, Vinay Kumar and Irfan Pathan in the pace department.

R Ashwin and Rahul Sharma are the two specialist spinners while all rounder Ravindra Jadeja can also chip in with his spin.

Yuvraj Singh, who is still recovering from a lung ailment and injured Harbhajan Singh were not considered for selection.

Varun Aaron and Munaf Patel were also not considered because of injuries.

The Indians are scheduled to play two Twenty20 matches on February 1 and 2, followed by the tri-series, also involving Sri Lanka, from February 5. 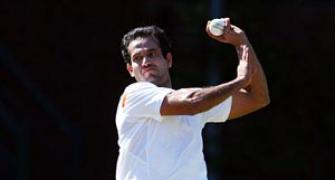 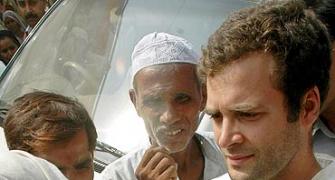