Indians get bowling practice as Tour match ends in draw

Team India's pace duo of Zaheer Khan and Ishant Sharma got some vital bowling practice on the third and final day of their warm-up match against Cricket Australia Chairman's XI before the match ended in a draw in Canberra on Wednesday.

Needing 146 runs to win from 30 overs, Chairman's XI made 100 for no loss in their second innings with Test discards Phil Hughes (42) and Usman Khawaja (56) serving a point to the selectors. 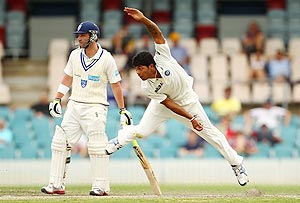 Regular Test opener David Warner, down with back pain, didn't come out to bat in the second innings.

Earlier, the Indians declared their second innings at 90 for 2 after the hosts, on their part, had declared the first innings at the overnight score of 214 for 7.

The two teams had decided at the start of the day that they would bat for 30 overs each in their second innings in order to wrap up the game early.

Indians will carry mixed feelings from the final day's play as opener Virender Sehwag (8) once again failed to fire but the five-over spell by new-ball bowlers, Zaheer and Ishant would have given the Indian dressing room something to cheer about.

Both bowlers bowled well within themselves and avoided putting too much load on their front legs at the point of delivery.

Earlier, Sehwag suffered his second failure of the match as India declared at 90 for 2.

He slammed two fours in left-arm paceman Josh Lalor's second over through the vacant cover region before making his way back to the pavillon.

The Indian opener was dismissed in the second over of the match when he was first startled by a lifting delivery from Peter George before guiding the next delivery into the slip cordon.

Sehwag had made 12 runs in the first innings.

Ajinkya Rahane didn't do any better either and after being around for 16 balls, was caught behind the wicket for no score. India, in all, batted for 30 overs in their second innings.

He was well supported by Rohit Sharma , who was fluent in his knock of 38 off 57 balls with four fours.

The two put on 76 unbeaten runs for the third wicket before being called in by skipper Mahendra Singh Dhoni.

Scoreboard (at close of play)

Gautam Gambhir not out 42

Rohit Sharma not out 38

Usman Khawaja not out 56

Phil Hughes not out 42 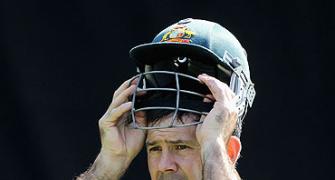 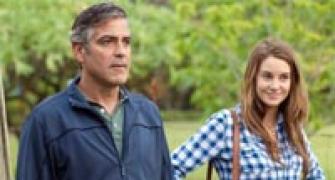 Is this George Clooney's best film? 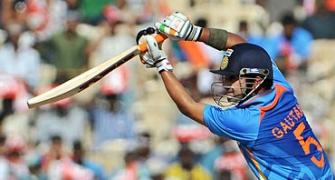 Our mental toughness will be tested in Australia: Gambhir 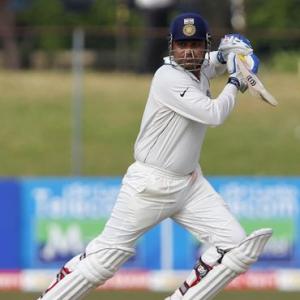 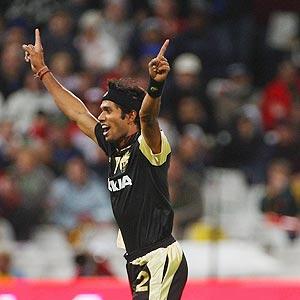