'We would've loved to win the game, but the boys bowled really well and they also batted really well. It's probably on us batters to take a bit of the weight from them' 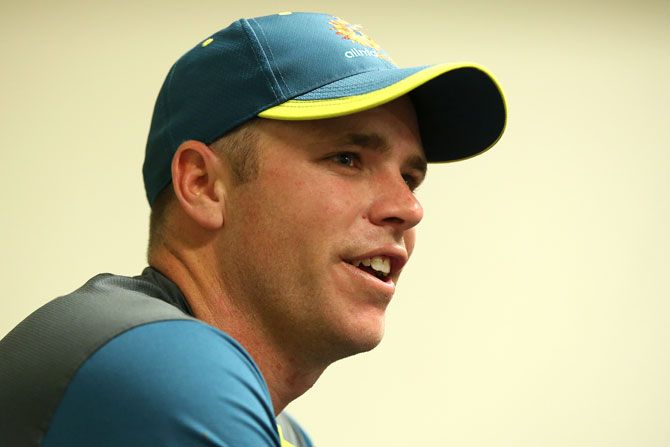 IMAGE: I felt like my game stood up to it, it's probably just a decision-making thing and being able to occupy the crease for long periods of time, but I didn't feel like I was out of my depth at all, said Marcus Harris about his batting in the first Test in Adelaide. Photograph: Paul Kane/Getty Images

Australian opener Marcus Harris said he didn't feel out of depth during his debut Test at Adelaide even though there was hardly any margin of error against a quality side like India in the opening match.

"You always doubt yourself as a person, you're not sure if you're going to fit in Test cricket. So, it was good to spend time in the middle in both innings. I didn't feel out of my depth at all," said Harris, who scored a matching 26 in both the innings on debut at Adelaide Oval.

"But I realised pretty quickly they don't bowl any crap and they don't miss any chances that you give them. So you've got to be switched on from ball one.

"I felt like my game stood up to it, it's probably just a decision-making thing and being able to occupy the crease for long periods of time, but I didn't feel like I was out of my depth at all," he added.

Outwitted by R Ashwin and Mohammed Shami in the two innings, Harris said he is working on his plans to tackle the Indian bowlers at the Perth Test beginning on Friday.

"I worked hard in between the first and second innings on some plans against R Ashwin and now I'm just working on guys coming around the wicket and stuff like that to work on plans India will use against me," he said.

"It has given me great confidence to be able to bat a decent period of time and occupy the crease for a bit."

Australia lost the first Test narrowly by 31 runs and Harris said the hosts will take confidence from the close finish and the onus will be on the top-order to take responsibility from the batting exploits of their tail-enders.

"I think we took some good confidence from the fight we showed, it got down to 30 runs. I know when I looked at it as a batter I thought 'I wish I could've got 60 or 70'. So we got pretty close and hopefully we could take some momentum into the game on Friday," he said.

"I think the wicket will suit us a little bit more with the conditions, that's taking nothing away from India, but I just think a little bit of momentum.

"We would've loved to win the game, but the boys bowled really well and they also batted really well. It's probably on us batters to take a bit of the weight from them."

Like India, Australia too trained at the WACA ground on Wednesday, and their three pacers as well as Nathan Lyon enjoyed a day off.

Harris also backed Mitchell Starc, saying he was sharp enough in Adelaide and all geared to play this second Test as well.

It will be a homecoming for Harris with the new Perth stadium set to host its first-ever Test.

The opener wished this Test was at the old WACA ground, but at the same time looked forward to playing at the Optus Stadium.

"I remember coming here (WACA) to watch India here a few years ago, and it might have been Shane Watson getting 50, I remember how loud the crowd was and just the feeling imagining if you were that bloke. So, it is good to be the person on the field now.

"...there have always been great memories for me coming to Tests in Perth and hopefully I can create some memories for young kids coming to games at the new stadium.