'It's about giving 110 per cent as this is last ditch effort of our two years of hardwork.' 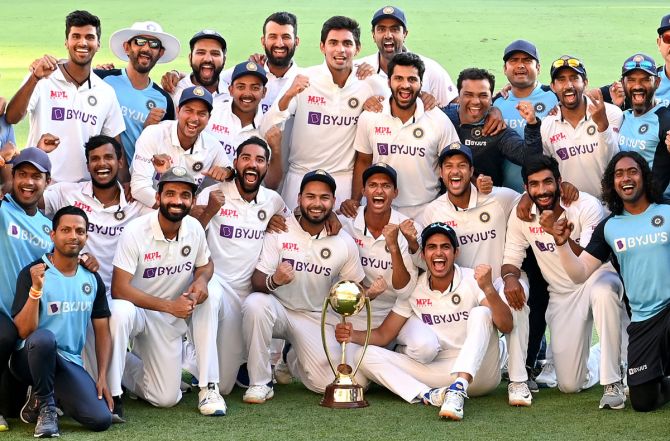 An injury-ravaged India came from behind to register a stunning 2-1 series win against Australia in the Border-Gavaskar Trophy. Ishant, who missed the series Down Under because of injury, claimed the triumph in Australia had helped Indian cricket enter the next phase.

"I think the belief that we can come back from anywhere was huge. It helped Indian cricket enter the next phase. Even though I wasn't a part of it, I felt that Border-Gavaskar Trophy gave a different kind of self belief to our side," Ishant told bcci.tv.

Ishant said the upcoming ICC World Test Championship final against New Zealand is as big as the 50-overs World Cup for the Indian team.

"It has been a practical as well as emotional journey, and this is an ICC tournament which is as big as 50 over World Cup final. Virat Kohli has already said this is not a result of our sweat and hardwork over just one month but over a period of two years. We had to work harder because of COVID, then rule change happened and we were under pressure and then we won a tough series in Australia. We came back against England as we had to win 3-1," the lanky pacer added.

Off-spinner Ravichandran Ashwin believes that New Zealand will be well prepared for the WTC final as they will coming into the big game, having played two Tests against England.

"I expect a well planned and knit New Zealand team to come at us. Having played two Tests definitely comes with an advantage so we have to adapt to that. In all these years, it has never happened and it is the most exciting part of playing Test cricket and we have never played a team in a neutral venue. Going forward, WTC can add context with two teams playing away from home, sort of bringing the ebbs and flows of the game," said Ashwin.

Talking about the WTC final, pacer Mohammed Shami said: "It's about giving 110 per cent as this is last ditch effort of our two years of hardwork. It's important that we give it our all and double our effort for sometime. Experience counts a lot irrespective of the result. Especially in Test matches where you need to deal with various situation, cloud cover, pitches, wind direction, everything makes a difference, so when someone who has played earlier gets to play again, it does help."