'We want to be super competitive but we also want to be respectful of our opposition.'

Australia's captain wants his team to show more sportsmanship rather than feel they have to belittle the opposition because that has been the team’s culture. 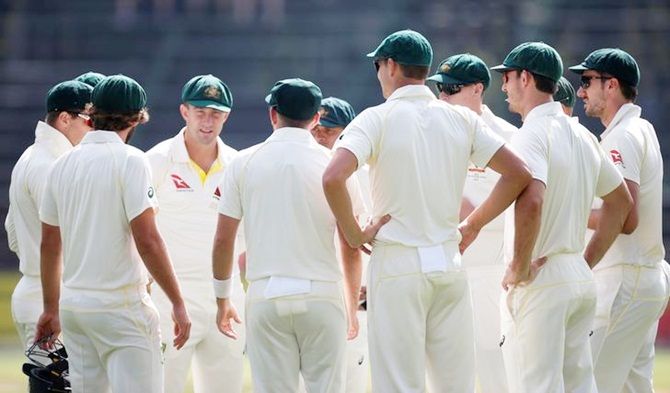 IMAGE: Australia’s newly-appointed captain Tim Paine has a team talk before start of play in the fourth Test against South Africa on Friday. Photograph: Siphiwe Sibeko/Reuters

Newly-appointed captain Tim Paine wants to prove that Australia have learned valuable lessons from the fall-out over the ball-tampering scandal and began the process on Friday by instructing his players to radically tone down their toxic sledging culture.

He put his plans into action at the start of the fourth Test by instigating a shake of hands with the South African players at the Wanderers.

After South Africa ended the opening day on 313 for six, Paine said he wants his team to show more sportsmanship rather than feel they have to belittle the opposition because that has been the team’s culture.

“I’ve been watching a lot of soccer recently and I notice they do that every match; I just thought, well, cricket is the gentlemen’s game,” Paine said of the handshakes.

“I just think it’s a good show of sportsmanship and respect,” added the wicketkeeper, who was suddenly thrust into the captain’s role on day four of the previous Cape Town Test after Steve Smith stood down from the position as a result of the ball-tampering scandal.

The culture within the Australian team has been scrutinised and criticised to the nth degree over the last seven days during which Smith, his deputy David Warner and opening batsman Cameron Bancroft were handed lengthy bans and sent home by Cricket Australia for plotting and then lying about the ball-tampering saga.

Former Australia coach Mickey Arthur was among the critics and he labelled the team as “boorish and arrogant”. He also observed that the “team had demonstrated no real willingness or desire to improve the culture within their organisation”.

Paine stressed that they had now taken on board all that was being said. 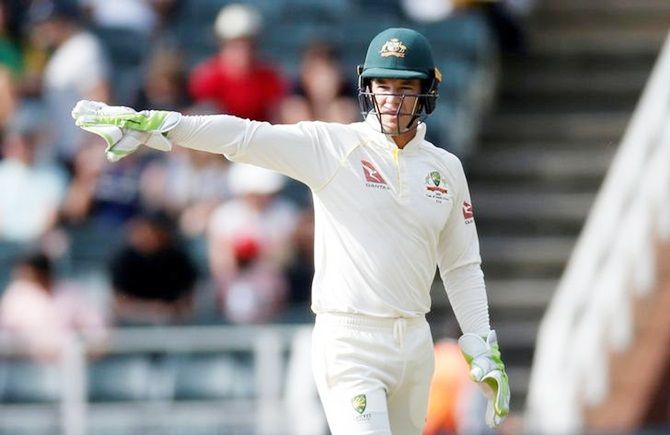 While his team mates had been ordered to tone down their on-field aggression, Paine was confident this new attitude will not mean they lose their intensity.

“We want to be super competitive but we also want to be respectful of our opposition. We are slowly trying to build back the respect of the cricket world and our fans,” he said.

“We know we have a really long journey ahead of us to get to where we want to but the last couple of days have been the start of that.”

After such a turbulent week, the 33-year-old Paine admitted there had been far less on-pitch exchanges with the South African players in Johannesburg when compared to the first three ill-tempered Tests.

“I still think it was really competitive, there wasn’t too much verbal going back and forth between the two sides,” he said.

“At times we have tended to push the (sledging) boundaries as far as we possibly could and we have seen that people don’t like that. It is time for us to change.

“We are happy to do that and I actually think it suits this group of players, we are a different group than Australia have had for a long time.

“We don’t have too many guys that like to verbalise and have that hard-nosed Australian approach. We are about creating an environment where guys can come in and play their cricket and just be themselves.”

Paine added there was a lot of sympathy within the team for the three players sent home and that Smith’s emotional press conference in Sydney on Thursday, when the former skipper repeatedly broke down in tears as he apologised for his actions, had been hard to watch.

“A few guys watched it and it really cut them up. We saw how much not playing for Australia is hurting those guys. It’s important for us to realise how lucky we are and how privileged we are,” said Paine.

“From all this dark cloud at some stage there’s going to be a silver lining and I think all the guys are really keen to be involved in how that looks.”

© Copyright 2021 Reuters Limited. All rights reserved. Republication or redistribution of Reuters content, including by framing or similar means, is expressly prohibited without the prior written consent of Reuters. Reuters shall not be liable for any errors or delays in the content, or for any actions taken in reliance thereon.
Related News: Tim Paine, Australia, Steve Smith, IMAGE, Siphiwe
COMMENT
Print this article 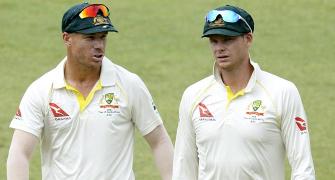 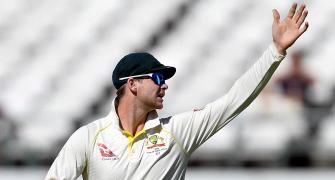 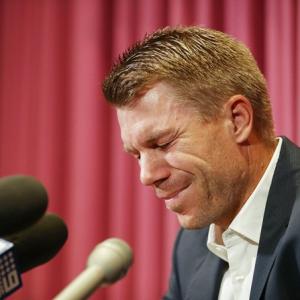 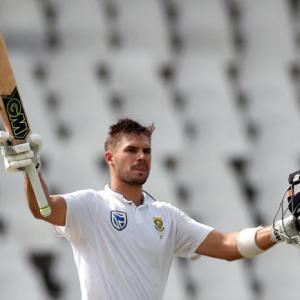 PHOTOS: Markram shines but Australia strike back with late wickets