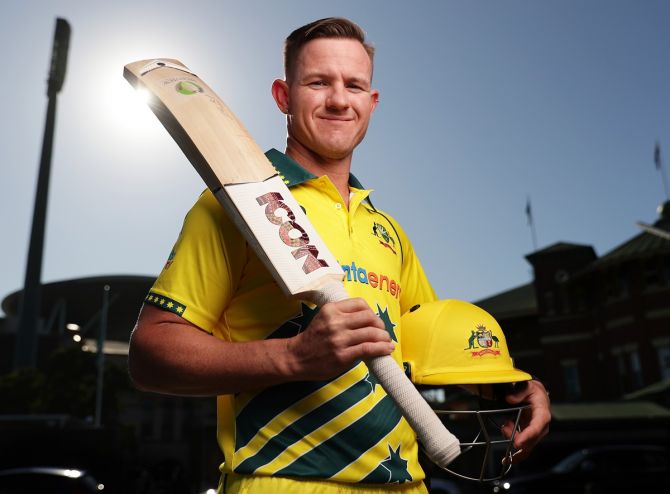 In-form Australian opener David Warner has been ruled out of the remainder of the limited-overs series against India due to a groin injury that he suffered during the second ODI here, while top pacer Pat Cummins has been rested as part of his workload management.

Warner, who scored 69 and 83 in the first two ODIs, hurt himself on Sunday while fielding at the SCG in the second one-dayer which Australia won by 51 runs to take an unassailable 2-0 lead in the series.

The dashing opener has returned home to begin his rehabilitation and will be looking to get fit ahead of the opening Test at Adelaide starting December 17.

"Pat and Davie are critical to our plans for the Test series," coach Justin Langer was quoted as saying by the Australian media.

"Davie will work through his injury rehab and in Pat's case it is important all of our players are managed well to keep them mentally and physically fit throughout what is a challenging summer.

"The priority for both is being fully prepared for one of the biggest and most important home Test series we have played in recent years, especially with World Test Championship points up for grabs."

Left-handed batsman D'Arcy Short, who was the leading run-scorer in two series in the Big Bash League, has been named Warner's replacement in Australia's white-ball squad.

India and Australia will play one more ODI on Wednesday before competing in three T20 Internationals, starting Friday, followed by the much-anticipated four-match Test series.

Cummins, who was part of Australia's England tour in August and also played for Kolkata Knight Riders in the IPL, has not been at his best and went wicketless in the first game before claiming 3 for 67 in the second ODI.

Australia (296 points from 3 series) had toppled India (360 points from 4 series) in the World Test Championships standings with a percentage of 82.22 compared to the India's 75 per cent after ICC's decision to alter the points system.

All-rounder Marcus Stoinis, who missed the second ODI after suffering a side strain in the opening game, will stay in the squad.

But all-rounder Mitchell Marsh, who is recovering from an ankle injury sustained while playing in the IPL, will not be playing the warm-up game between India A and Australia 'A' starting on Sunday.

He will now continue his rehabilitation and no replacement has been named for him in the 'A' squad.