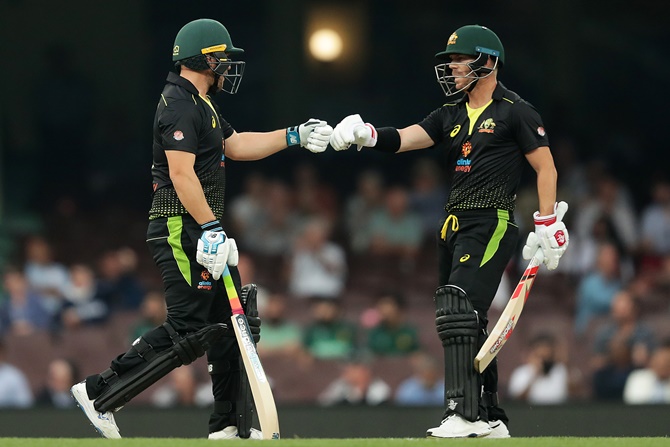 Australia looked on course to chase down a small target in their first T20 International against Pakistan before the game was called off due to rain on Sunday.

Put in to bat, Pakistan were 88 for three wickets in the 13th over when rain interrupted play.

The match was subsequently reduced to 15-overs-a-side when the players returned and skipper Babar Azam made 59 not out to help Pakistan to a below-par 107-5.

Counterpart Aaron Finch gave Australia a flying start with 37 runs from 16 balls as the hosts cruised to 41 for no loss in 3.1 overs.

It was at that moment that rain returned to the Sydney Cricket Ground to dash Australia's hopes of going 1-0 up in the three-match series.

"To restrict them to 107 off 15 overs was a great effort and then to be on track to get them was nice."

"It was nice to get a few out of the middle. Like I said, a bit unfortunate the rain played such a part."