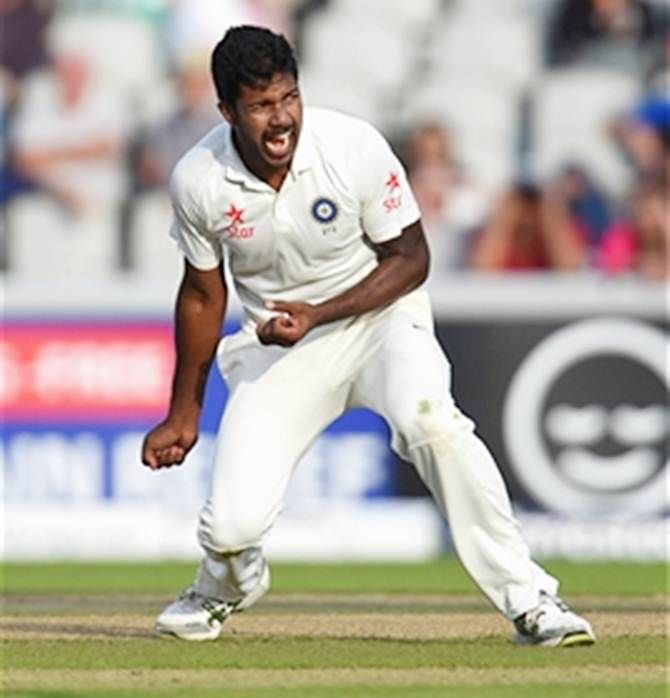 The Indian pace attack is getting much attention Down Under, Varun Aaron being singled out for special praise by Australian cricketers.

They feel the youngster's biggest assets - pace and bounce – have troubled the visitors on previous tours Down Under and could work to their advantage this time.

Ahead of the first Test in the four-match series, the performance that caught the eye most was that of Aaron's. He worked up a lively pace on Day 1 of the first warm-up game against Cricket Australia XI and could be India’s first choice bowler along with Bhuvneswar Kumar and Mohammad Shami.

"He did a little bit of damage. Pace and bounce, the same issues that have troubled so many Indian batsmen on past Australian tours are Aaron's biggest assets. On a fast wicket, he will definitely be a handful. You could definitely expect some short stuff from him," added of the 25-year-old.

There is not a shred of doubt that the focus solely rests on the Indian bowling attack at the moment. It is a jam-packed Australian summer of cricket for the visiting team, with the four Tests followed by an ODI series and the World Cup thereafter. 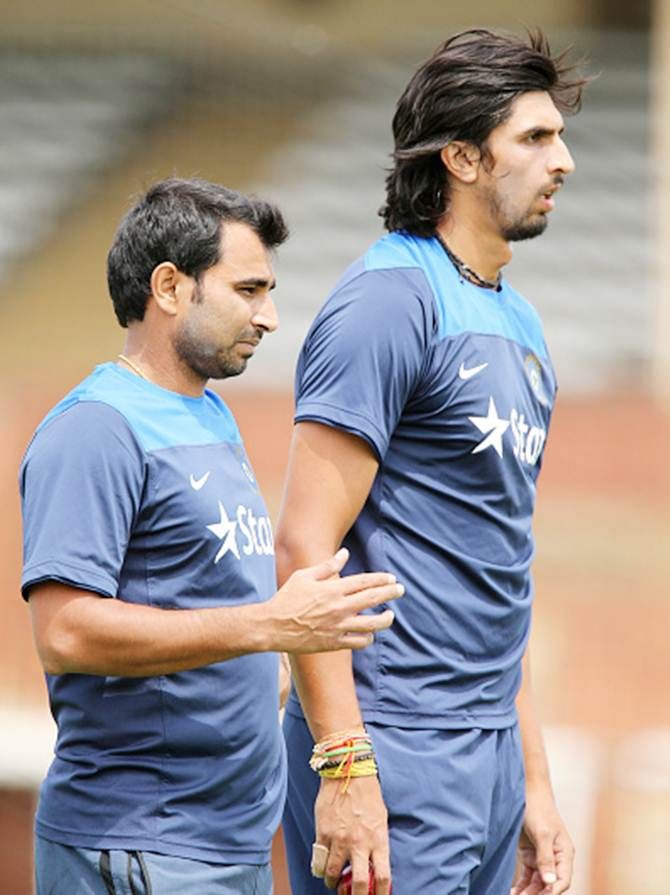 Barring one or two names, these bowlers represent India's first choice attack in both formats of the game. And they will need to work on both their fitness as well as the mental aspect of their bowling for India to come out on top at the end of the next four months.

These pacers along with Team India's spinners and batsmen practiced under the watchful eyes of coach Duncan Fletcher at the Gliderol Stadium in Glenelg on Wednesday.

It marked day one of a low-key two days they will spend in the city this week as the second tour game against Cricket Australia Invitational XI only starts on Friday.

It is the hallmark of Fletcher's term as India coach that the practice days aren't full of energy, at least not from the viewpoint outside the boundary-line. The players seem content playing the full squad in tour matches whilst using centre-wicket for net-practice to iron out their flaws. This was one such day as the visiting side returned to the venue of their first tour game and had proper nets in the middle of the ground for the entire day.

Fletcher played 'umpire' as the batsmen padded up in the order that is anticipated to be named for the first Test, starting in Brisbane on December 4.

Murali Vijay, Shikhar Dhawan, Virat Kohli, Ajinkya Rahane, Rohit Sharma and Wriddhiman Saha batted for most of the time, taking strike in pairs against both pace and spin.

Suresh Raina did not bat at all before the players went in for a lunch break.

Amongst the bowlers, Ishant Sharma led the 'attack-duty' along with Kumar and Shami. Aaron bowled early on, mainly to the openers but then was rested for the remaining batsmen.

Umesh Yadav wasn't much active either. The spinners were all there though Ravichandran Ashwin and Karn Sharma bowled a lot more than Ravindra Jadeja.

None of this is a firm pointer to what the playing eleven could be for the first Test or what stand-in skipper Kohli is thinking. There is a week to go before the first ball is bowled at the Gabba and the second tour game at the Adelaide Oval this weekend could have a major say in the team management's strategy formulation ahead of this vital four-Test series.

Whenever an opposition team lands in Australia, there is keen interest in its main batting star and/or captain. This is especially true whenever an Indian squad arrives. This time around things are a little different. There isn't much talk about how Mahendra Singh Dhoni is conspicuous by his injury-based absence or that in his place Test-captaincy-greenhorn Kohli will be leading the side.

The small fact that Kohli failed miserably on India's last overseas tour – to England – this past summer has also failed to get any attention.

Perhaps it is also to do with the fact that the Indian batsmen – Kohli included – didn't make heavy weather of the conditions or the inexperienced bowling in the first tour game.