Bravo shares glimpse of his new song for Dhoni 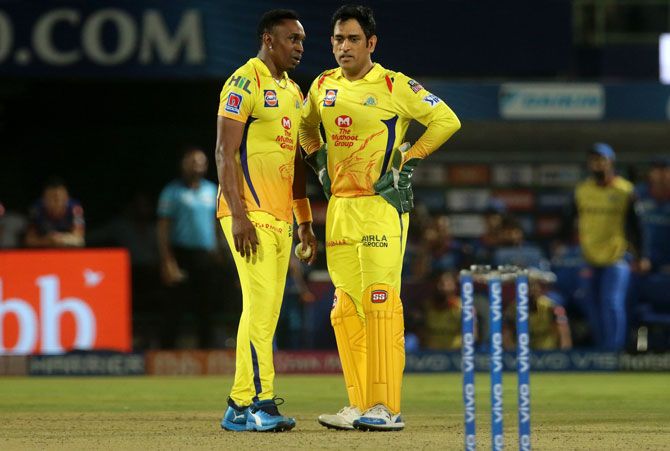 IMAGE: 'We all enjoy each other's success. If my team is winning, that's more important to me than my personal performances'. Photograph: BCCI

West Indies all-rounder Dwayne Bravo on Monday shared a glimpse of his new song that he has created for wicket-keeper batsman MS Dhoni.

The official handle of Chennai Super Kings (CSK) shared the video on Twitter and captioned the post as: "Champion @DJBravo47's next song is for 'his brudah, his brudah from anodah muddah' - @msdhoni No.7".

At the starting of the video, Bravo said: "This is a sample of a song that I am working on and it is for my brother MS Dhoni. 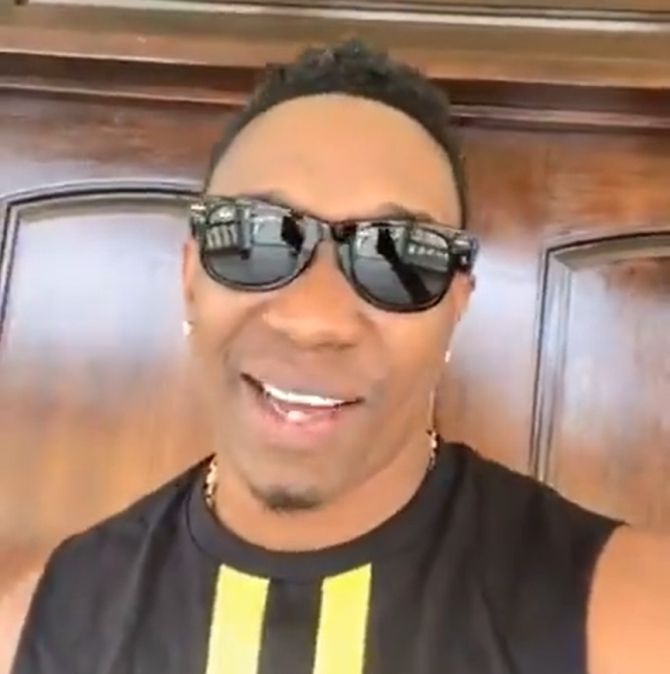 Talking about the camaraderie shared within the team, Bravo said that former BCCI president N Srinivasan's franchise makes every player feel like being a part of an "extended family".

"It's a very unique team, a special team. From the first day that I joined the team I could sense the family atmosphere. Every player who joins the team feels the same way -- that it's not just a team but being welcomed by extended family," Bravo told CSK's website.

"Over the years, when you look at cricketers who joined CSK, they only got better...it's a very special franchise," he said.

He said that CSK brings the best out of him and the skipper Mahendra Singh Dhoni is largely responsible for that.

"CSK brings the best out of me. I'm trusted by my captain MS (Dhoni) and coach (Stephen) Fleming, and they allow me to be myself," the former West Indies captain was quoted as saying.

"We all enjoy each other's success. If my team is winning, that's more important to me than my personal performances," he added.

Bravo, who has played in various T20 leagues across the world, said "I don't think you can get another team or environment like Chennai Super Kings."

"It is important that you have a management team, the owners, the captain backing you a 100 per cent... they understand it's a sport, they understand one can't always perform and so they give you the opportunity to bounce back when you have failures," Bravo, who has been a part of CSK since 2011, said.

Bravo has been with the CSK since 2011. He has played a total of 104 matches for the franchise, picking up 121 wickets.

IPL 2020 was slated to begin from March 29, but the tournament has been postponed indefinitely due to the coronavirus pandemic.