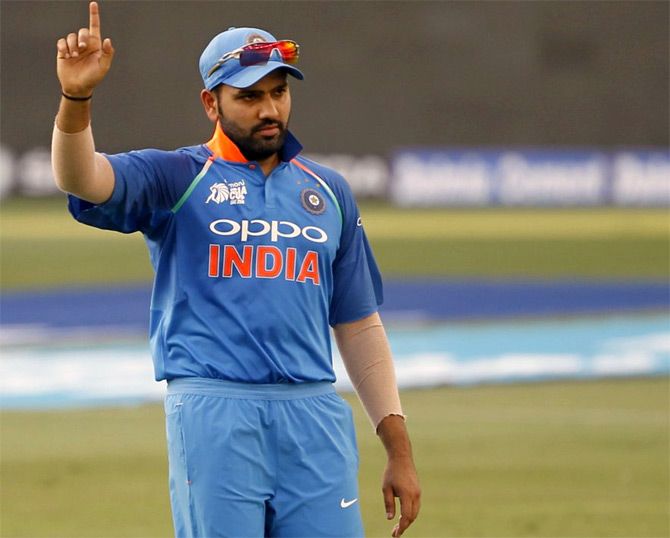 IMAGE: Rohit's captaincy is like a breath of fresh air for Team India. Photograph: BCCI/Twitter

In the absence of regular captain Virat Kohli, Rohit led India to its seventh Asia Cup title on Friday night, defeating Bangladesh in a last-ball thriller in a low-scoring final in Dubai.

Rohit's captaincy is like a breath of fresh air for Team India which now has a second line of leadership in the limited overs format.

"Rohit was a calming influence and it showed in his captaincy. To keep his intensity going even after the start they (Bangladesh) had, showed he was really cool in every aspect of captaincy," Shastri said after India retained the Asia Cup title.

"The bowling changes he made were really good, to concede just around 100 runs in the last 30 overs, I thought it was brilliant," he added.

The coach said India's biggest gain from the Asia Cup was the high standards of fielding the players have displayed all throughout the tournament.

"I liked the intensity with which we played, we were a bit flat against Hong Kong in the first match, but pulled up afterwards.

"The biggest plus was the fielding, game after game, we saved around 30-35 runs in these oppressive conditions," Shastri observed.

"We took wickets consistently and during the middle-overs, the bowlers were outstanding, we bowled well with the new ball in tough conditions and then the spinners came to the party," he added.

Shastri reiterated that the eventual scoreline was not reflective of how well India played at England.

"It's a different format, but I think everyone knows how well we played in England, the scorecard really doesn't show it." he said.

"This is a different format and we needed to start afresh." 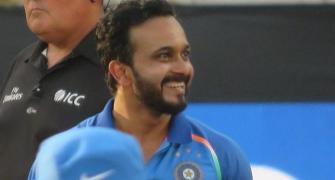 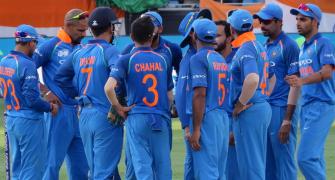 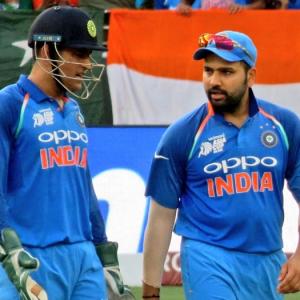 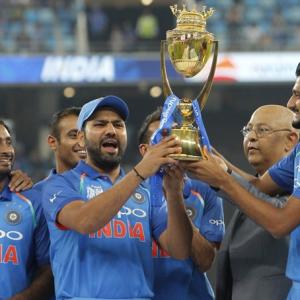