Fit-again opening batsman Tamim Iqbal, at the centre of a selection row earlier this week, was recalled to the Bangladesh squad on Thursday for the four-nation Asia Cup that starts at the weekend.

"Tamim has been included after passing a fitness test," said selector Minhajul Abedin.

The batsman, who has had a groin injury, was picked in the original squad earlier this week but Bangladesh Cricket Board president AHM Mustafa Kamal then elected to drop him.

Hosts Bangladesh play Pakistan in the first match of the biennial tournament on Sunday. India and Sri Lanka are the other competing teams.

© Copyright 2022 Reuters Limited. All rights reserved. Republication or redistribution of Reuters content, including by framing or similar means, is expressly prohibited without the prior written consent of Reuters. Reuters shall not be liable for any errors or delays in the content, or for any actions taken in reliance thereon.
Related News: Bangladesh Cricket Board, Tamim Iqbal, AHM Mustafa Kamal, Minhajul Abedin, Akram Khan
COMMENT
Print this article 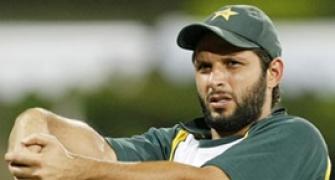