'I know I can bowl a yorker at the death, but if I can bowl a slower ball as well then it can prove to be an advantage for me.' 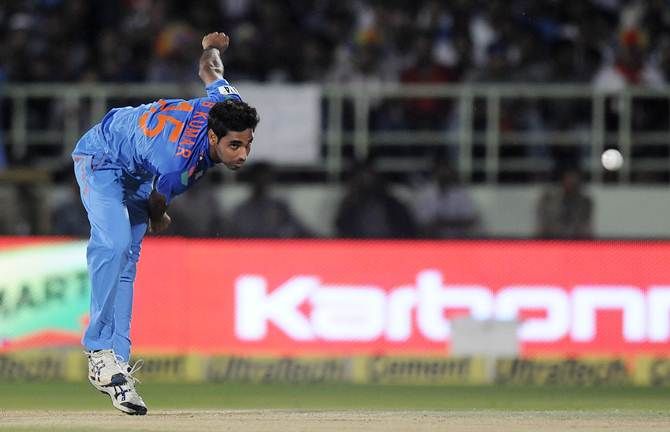 IMAGE: Bhuvneshwar Kumar played his first Twenty20 International game, against the UAE in the Asia Cup on Thursday, since the home series against South Africa last October. Photograph: BCCI.

His confidence boosted after a two-wicket haul against the United Arab Emirates in the Asia Cup, India pacer Bhuvneshwar Kumar says he is now working on a slower delivery to further polish his skills.

Kumar, who last played a Twenty20 International game in the home series against South Africa last October, made a comeback in India's last league match in the Asia Cup on Thursday night and returned figures of 4-2-8-2.

"It feels great to get back to playing (in the eleven). To be honest, I was nervous when I walked out to bowl since I was playing after a long gap," he told BCCI.TV.

"I was waiting for this opportunity for a long time. This performance will boost my mental confidence and if and when I get a chance to play in the future, I will remember that I had done well in my previous outing."

The 26-year-old said he wants to add one key aspect to his bowling.

"I want work on my slower deliveries. I know I can bowl a yorker at the death, but if I can bowl a slower ball as well then it can prove to be an advantage for me. I want to develop a good slower delivery and I am working on the same at the moment," he said.

Captain Mahendra Singh Dhoni also praised Kumar, saying he was happy with the way he performed despite hardly any match practice.

"He is a hardworking guy and he works hard in the nets and in the gym and that is something that is important for the fast bowlers," Dhoni said.

"Fast bowlers have to keep themselves fit and take the break in the best possible manner if you are not in the playing eleven. I feel the break has helped him increase the pace, and at the same time it has not affected his swing bowling which is the key.

"That is a big positive sign for us. He is still someone who can bowl consistently in a particular line and length. Bhuvneshwar coming good gives us that extra option if Mohammad Shami doesn't get fit. He is somebody who can straightaway come in and start doing the work for the team." 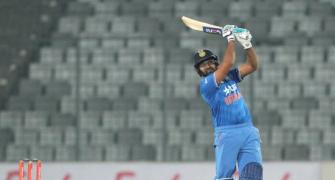 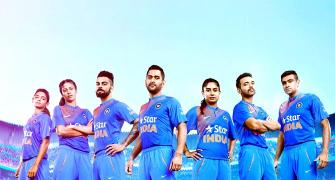 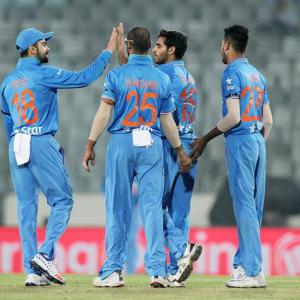