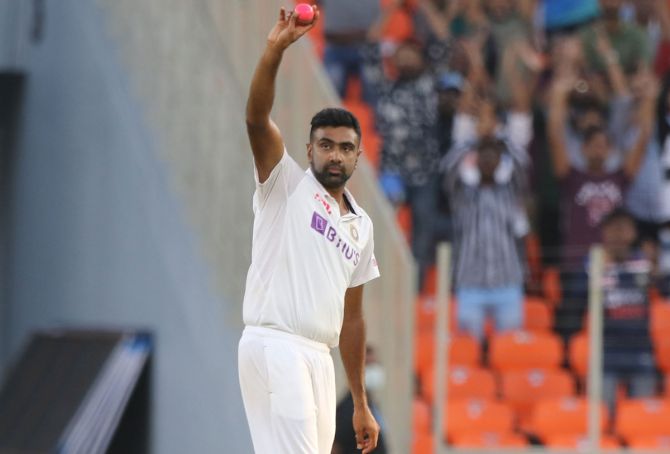 IMAGE: Ravichandran Ashwin celebrates with the 'pink ball' after dismissing Jofra Archer and picking his 400th wicket on Thursday, Day 2 of the third Test against England in Ahmedabad. Photograph: BCCI

Ravichandran Ashwin attained the landmark of 400 wickets in Test cricket, trapping Jofra Archer leg before wicket, on Thursday, Day 2 of the third Test against England in Ahmedabad.

As England continued to perish in their second innings the ace off-spinner from Chennai trapped Jofra Archer leg before wicket to pick his third wicket and reduce the visitors to 68 for 7.

Ashwin, who bagged 3 for 26 in England's first innings, is the second-fastest after Muttiah Muralitharan to the 400-wicket mark in Tests, getting there in his 77th Test.

He is the fourth Indian to take 400 Test wickets after Anil Kumble, Kapil Dev and Harbhajan Singh. 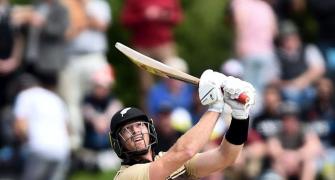