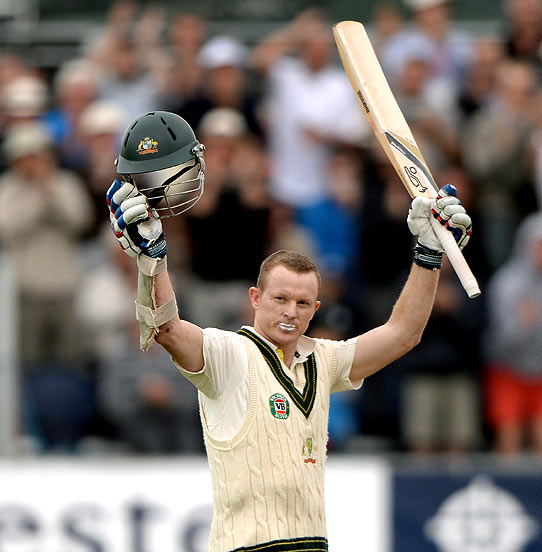 Opener Chris Rogers hit his maiden Test century to put Australia in a strong position after the second day's play of the fourth Ashes Test at Chester-le-Street, in Durham, on Saturday.

The left-hander was unbeaten on a gritty innings of 101 to help Australia finish the day on 222 for five in reply to England's first innings score of 238.

Rogers, who turns 36 on August 31, became the second oldest Australian to hit his first Test ton. 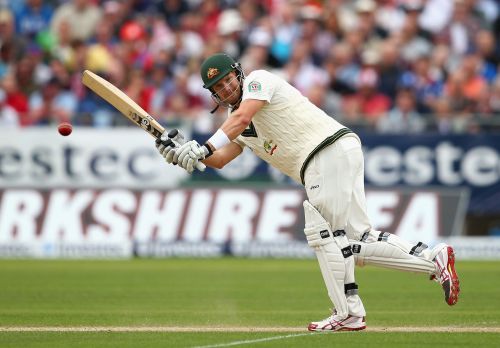 Earlier, Rogers fought hard in the morning session with a battling half-century as wickets kept on tumbling around him, to lead Australia’s recovery after Stuart Broad treble brought England back into the Test.

Stuart Broad had ripped through the top order before lunch and beat Rogers’ edge on numerous occasions after it but failed to snare the opener, with Steve Smith (17) the only wicket to fall in the second session after edging Tim Bresnan behind.

England bowled out for 238 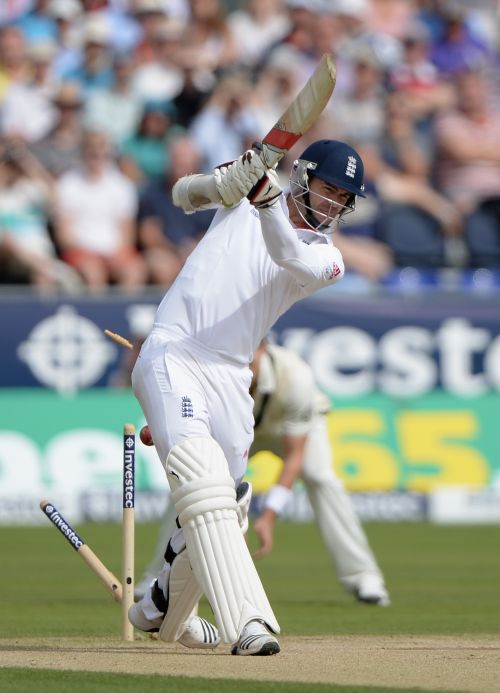 Jackson Bird finished off the England first innings for 238 as he bowled lastman James Anderson with a perfect yorker that crashed into the stumps.

Anderson along with Tim Bresnan added vital 24 runs for England after a horrific first day with the bat for the hosts.

Australia off to a poor start 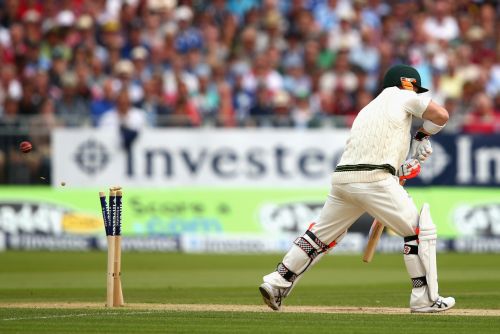 Australia once again got off to a poor start as they lost opener David Warner with just 12 runs on board.

Warner, who replaced Shane Watson as the opener, was late on the straight delivery from Broad and was bowled.

Broad accounted for Usman Khawaja, who was caught in two minds whether to play the ball or leave it. The left-hander eventually ended up nicking the ball to Matt Prior for a duck.

Cook unhappy with umpires once again 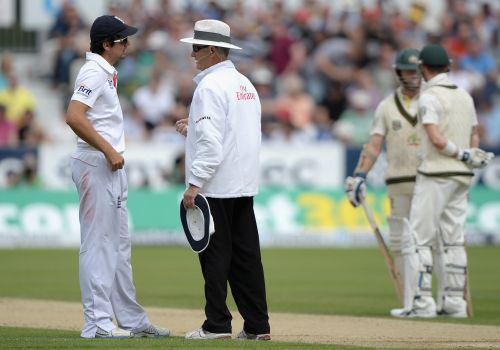 Controversy refuses to leave the series as England captain Alastair Cook was unhappy over a decision concerning Chris Rodgers.

Broad, who was on fire with two wickets in two overs, decided to challenge umpire Tony Hill’s decision, who turned down the LBW appeal. Replays showed that the ball was pitched outside the leg stump.

Two ball later, Rodgers was in trouble again, as England players all went up for a caught behind dismissal. Umpire raised the finger in affirmation.

Rodgers went in for a review this time and the replays showed that there was no edge, and he was given not out by the television umpire. 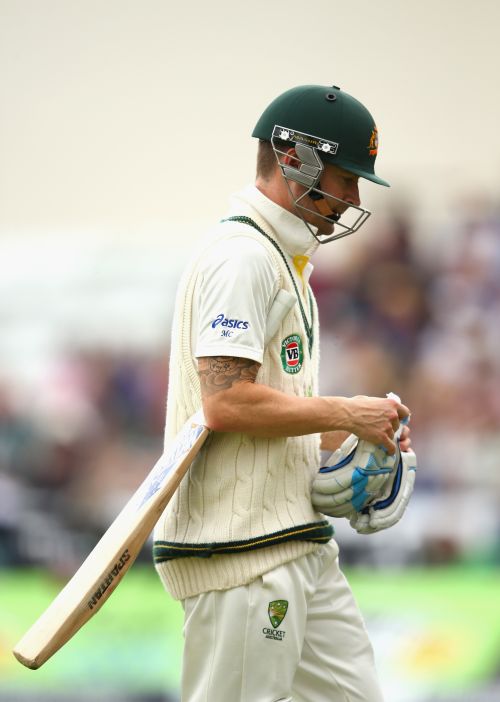 It was difficult to keep Broad quite however, as he removed Michael Clarke, who led to his own down fall.

Clarke went in for a wild shot outside off stump, only to nick it to Cook in first slip to be dismissed for six. 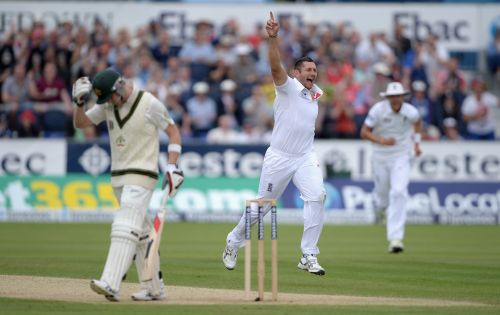 Tim Bresnan struck straight after lunch for Australia, as he removed Steven Smith for 17.

Bresnan, bowling second over after lunch, had Smith edging one to Matt Prior.

After Broad’s triple strikes earlier in the day, Australia were banking on the Smith-Rogers partnership to revive the innings, but it was not to be.

The duo added 27 runs for the fourth wicket.

Rogers puts Australia back on track 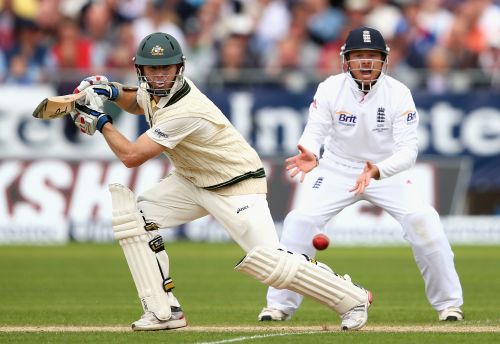 Rogers meanwhile, completed well-deserved half-century in streaky fashion – courtesy of a drop from Graeme Swann, who put down a simple catch.

Broad, who had been bowling brilliantly managed to get the outside edge of bat, only to see it go down.

Since then, Rogers and Shane Watson combined well for Australia to revive the innings and keep the English bowlers at bay.

Watson, who batted at No. 6, was back among the runs with a vital innings of 68 before he was caught behind off Broad. He added 129 runs for the fifth wicket with Rogers to give Australia the advantage on the second day.