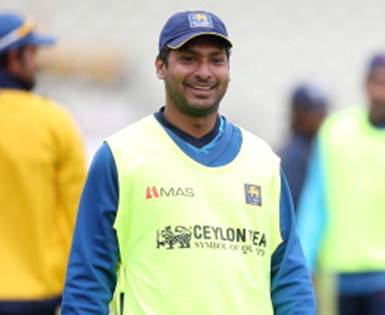 The Pakistan Cricket Board has failed in its bid to rope in West Indian great Sir Vivian Richards as mentor of the national team for the upcoming World T20 in India.

PCB chairman Shaharyar Khan told the media that negotiations with Richards were wrapped up as the two parties could not agree on financial details and the West Indian legend also had prior commitments.

"We are now considering the name of Sri Lanka's Kumar Sangakkara to work as mentor of the team but nothing is final as yet as we have to first see how much benefit our team can derive from his presence," Khan said.

He said Sangakkara's presence in the Pakistan Super League left a big impact on everyone including the players.

"He is under consideration for sure and we will decide soon what to do as I am going to Bangladesh for the Pakistan and India match on Saturday," he added.

The PCB chief said a lot would also depend on Sangakkara himself and his commitments and whether he was interested in the short-term assignment.

Richards was mentor of the Quetta Gladiators team while Sangakkara played for the franchise.

Khan also minced no words in stating that he had spoken to chief selector Haroon Rasheed about recent selections and changes in the national team.

"When they brought the initial squad for the Asia Cup and World T20 to me I told them to consider either Sharjeel Khan or Ahmed Shehzad instead of Khurrum Manzoor. But they insisted it was a unanimous decision. Now they themselves have brought in Sharjeel."

He said that even when he saw Ifthikar Ahmed's name in the squad he had raised questions but now the selectors had dropped him for the World T20.

"I have told the chief selector that selection process must be non-controversial as the wrong impression should not go out of the PCB," he added.

Khan confirmed that former Pakistan all-rounder Azhar Mahmood was appointed bowling coach of the team for the Asia Cup and World T20.

"Azhar will join the team in Dhaka today while Mushtaq Ahmed, who was bowling coach till now, has returned to the national cricket academy in Lahore," he added.

He also made it clear that head coach Waqar Younis will continue to work until the tour of England in July and August.

"After that tour we will decide and discuss whether his contract is to be extended."