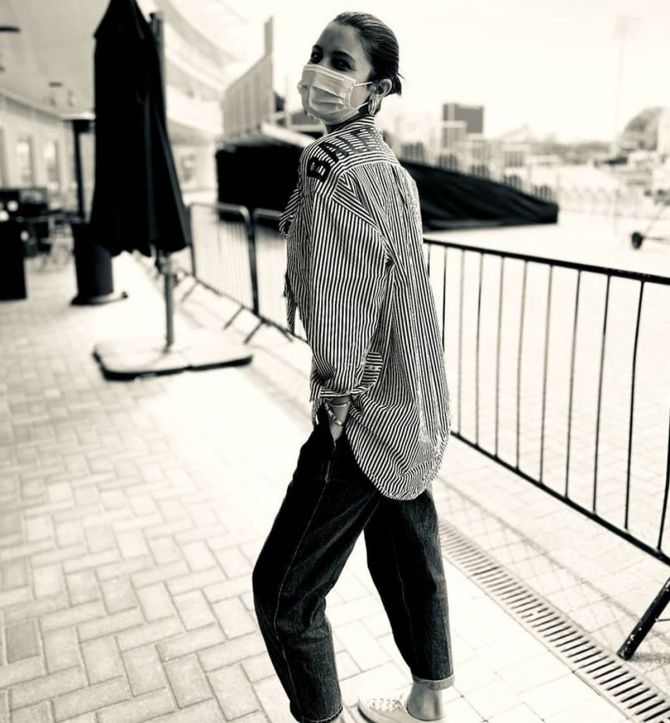 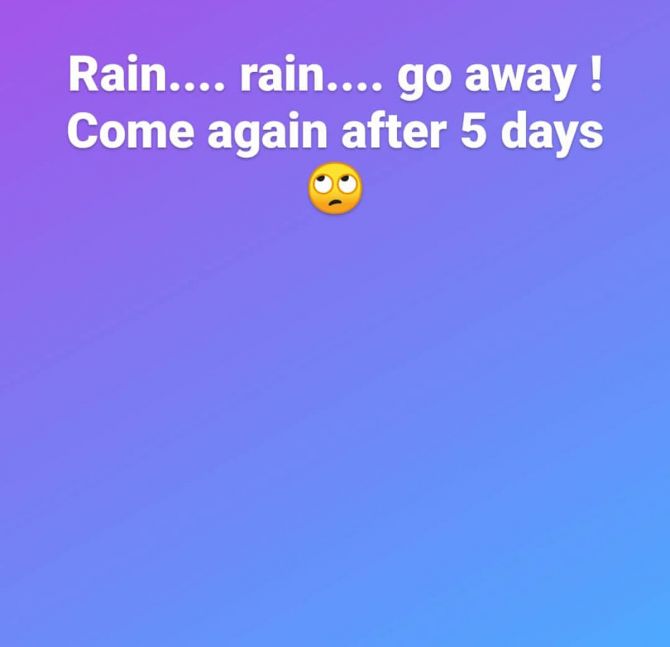 Anushka and daughter Vamika have accompanied India's cricket captain Virat Kohli for the long tour, which began on June 3 and will end in mid-September.

'A 'take random photos and think of a quirky caption' kind of post,' Anushka captioned her solo black and white picture.