Another 'spin test' in store for injury-hit Proteas Having decimated South Africa inside three days on a turning track in Mohali, India will again look to unleash their troika of spinners to spoil A B de Villiers's landmark 100th match when the two sides meet in the second Test, in Bangalore, on Saturday.

After a comprehensive 108-run victory in the first Test, Virat Kohli's boys are expected to come out all guns blazing against a Proteas side plagued by injuries as well as ineptness to survive on tricky sub-continental turners.

It will also be a test of character for one of contemporary cricket's greatest batsman, who play his 100th Test at his 'spiritual cricketing home', where he has got used to the chants of 'ABD, ABD' over the years.

Though Amit Mishra had his 'number' during both innings at Mohali, there is little doubt that De Villiers is the only big threat that stands in the way of another Indian victory, with key pacer Vernon Philander out of the series owing to a twisted ankle and Dale Steyn ruled out of the match. 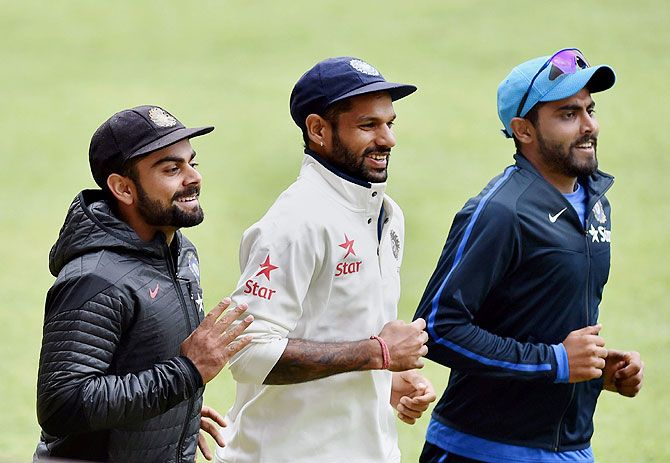 With the trio of Ravichandran Ashwin (8 wickets), Ravindra Jadeja (8 wickets) and Amit Mishra (3 wickets) in prime form, there are no marks for guessing that India would like to put the visitors through another tough 'spin test' on a Chinnaswamy track, which could last longer than the one at Mohali.

With the spinners accounting for 19 of the 20 wickets at Mohali, the onus will again be on Ashwin and Co to deliver the goods, as India would like to get an unassailable 2-0 lead in the second game itself.

There was an interesting late addition to the squad in young Punjab batting all-rounder Gurkeerat Singh Mann, who does have a chance of making his debut as the fourth spinner.

In that case, India will go in with a single pacer in Ishant Sharma, dropping both Varun Aaron and Umesh Yadav. In any case Yadav is likely to be replaced by Ishant in the playing eleven.

Gurkeerat was kept as a stand-by fielder during the Mohali match, when Rohit Sharma, Stuart Binny and Bhuvneshwar Kumar were released to play Ranji Trophy.

Punjab did not have a Ranji game in the last round then but have one in this round, which starts Sunday. Gurkeerat, who has scored a double century against Railways in a single day in Mohali, also bowled his off-breaks with a lot of success ending with match-figures of 9/52 against Andhra in Patiala.

With Wriddhiman Saha, not exactly looking the part as a No 6 batsman in a five-bowler set-up, Gurkeerat's bowling abilities could just be ideally suited.

However, rain in Bangalore could play spoilsport as was a steady downpour over the last few days which could hamper the proceedings.

For the home team, despite their big win, the combination, especially batting, does not look set and that is something that might worry Virat Kohli. India have not surpassed a total of 400 in the last four Tests, which includes the three games played in Sri Lanka.

To start with, Shikhar Dhawan is going through a bad patch, having bagged a pair in the opening Test. 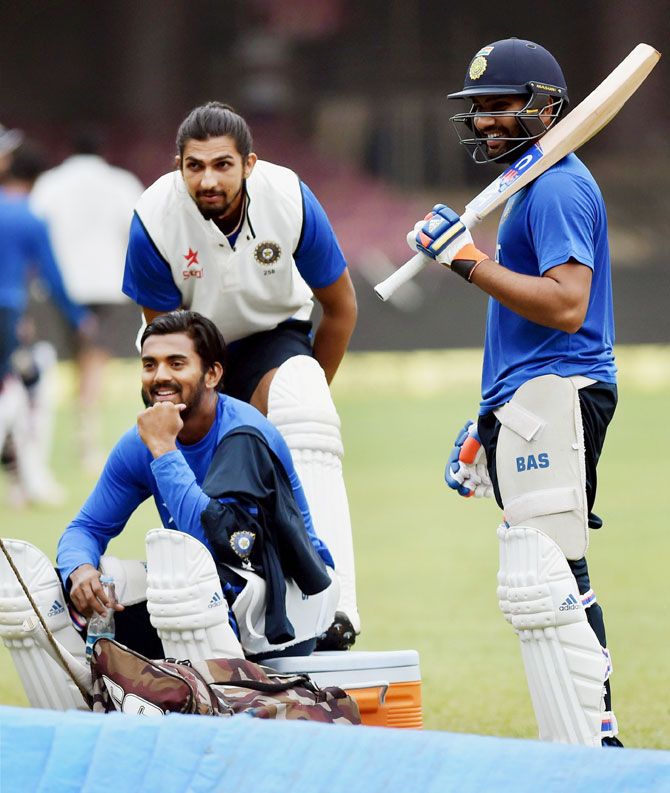 With KL Rahul breathing down his neck, Dhawan needs some runs badly under his belt.

Skipper Kohli would also like to get a big one, his first as captain on home soil. Having captained Royal Challengers Bangalore for some years now, Kohli knows the Chinnaswamy track like the back of his hand.

Ajinkya Rahane is also due for a big score but just like it has been for the last 18 months, a good start will hinge on how well Vijay makes a start.

India's most consistent player in the longer format, the Tamil Nadu opener was a class act during his innings of 75 on a track where there was appreciable turn. 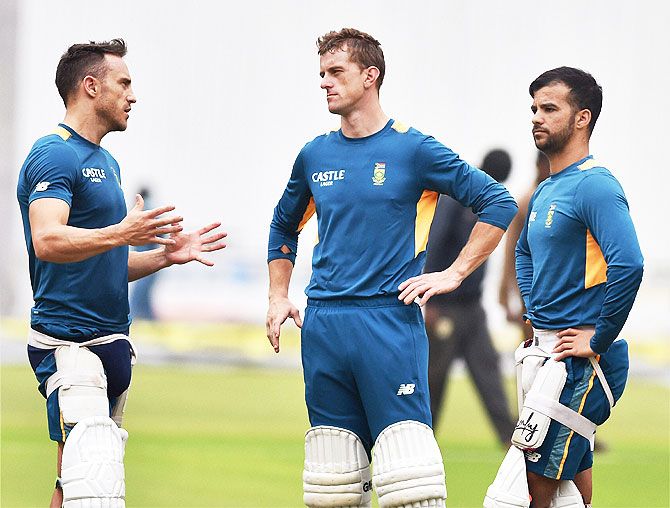 For South Africa, the defeat in the first Test must have been deflating after the high of winning the T20 as well as the ODI series.

While they would take a lot of heart from the fact that their spin attack (Imran Tahir had six scalps while Simon Harmer had five and Dean Elgar four) yielded 15 wickets in the first game, their batting against spin did not inspire confidence of highest order.

Just how much they struggled was evident from the fact that none of their specialist batsmen could total a 100 runs with De Villiers's 79 (63 and 16) being the highest.

The positive aspect for the Proteas, however, will be return of Morne Morkel, who is fit to play along with seasoned left-hander JP Duminy.

If Steyn makes it in the end, then the Steyn-Morkel combination could be a potent force against the Indians.

- South Africa in a mess as Steyn ruled out of Bangalore Test!