News
Business
Movies
Sports
Cricket
Get Ahead
Money Tips
Shopping
Sign in  |  Create a Rediffmail account
Rediff.com  » Cricket » All you want to know about the Champions Trophy

The 8th Champions Trophy begins in England this week.
Rajneesh Gupta captures the tournament in all its statistical glory like only he can. IMAGE: Mohammed Shami is ecstatic after claiming a wicket during India's first Champions Trophy warm-up game against New Zealand at the Oval in London, May 27, 2017. Photograph: BCCI/Twitter

The Champions Trophy came into existence with the dual aim of spreading the game and raising money for the International Cricket Council in between World Cups.

The first tournament was played in Dhaka on a knockout basis. Ten teams took part in the 50 over competition, which was to be held bi-annually from then on.

The tournament was an instant hit.

The second edition was played in Nairobi in front of sparse crowds. In 2002, the name and format were changed.

From 2000 to 2004, the associate teams also took part with the full members, but soon it dawned upon the stakeholders that the change of format had led to far too many meaningless games.

In 2009, it was decided that only the top eight teams, based on the rankings six months prior to the tournament, would play the Champions Trophy.

In 2012, the ICC said the 2013 edition would be the last Champions Trophy and would be replaced with an ICC World Test Championship.

However, in 2014 this decision was deferred and all the members consented to play the Champions Trophy instead.

The 2017 competition will be the eighth edition of the Champions Trophy. Eight top teams will take part -- the West Indies and Zimbabwe will miss out.

All the vital statistics from the tournament:

MOST RUNS IN A TOURNAMENT

HIGHEST PARTNERSHIP FOR EACH WICKET

MOST WICKETS IN A TOURNAMENT

MOST WICKET-KEEPING DISMISSALS IN A MATCH

MOST CATCHES IN A MATCH AS A FIELDER

MOST CATCHES AS A FIELDER

MOST MAN OF MATCH AWARDS 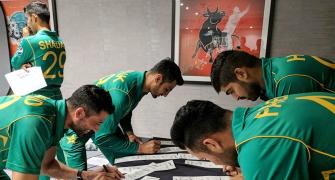 Why Pakistan need to forget they are playing India... 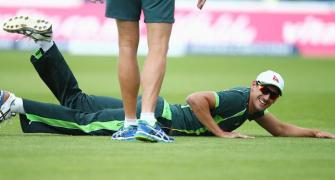 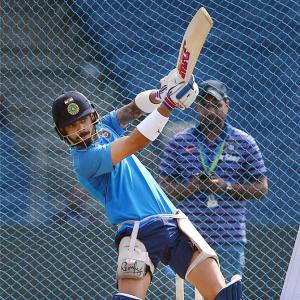