All eyes on Mumbai's Shaw in Vijay Hazare final 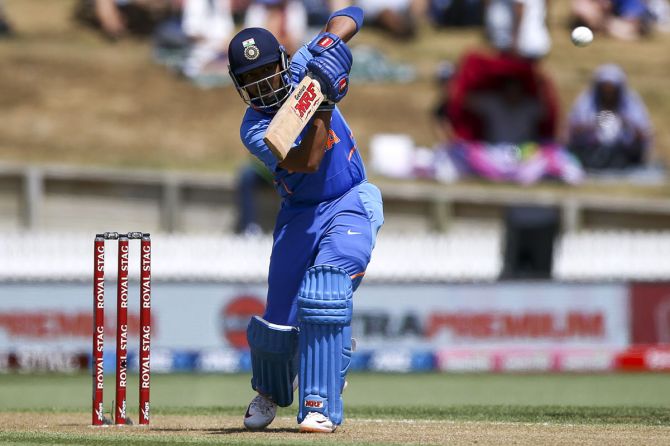 IMAGE: Prithvi Shaw's stupendous run with the bat with 754 runs in the tournament -- 105 not out, 227 not out, 185 not out and 165 -- has made him a contender for a comeback to the Indian during the three-match ODIs against England. Photograph: Hagen Hopkins/Getty Images

The focus will firmly be on Prithvi Shaw and the national selectors keeping a keen eye on Mumbai captain's performance as his team takes on Uttar Pradesh in the Vijay Hazare Trophy final, in Delhi, on Sunday.

Shaw's stupendous run with the bat with 754 runs in the tournament -- 105 not out, 227 not out, 185 not out and 165 -- has made him a contender for a comeback to the Indian during the three-match ODIs against England.

It's still not clear whether that will happen or not but the 21-year-old Shaw, has certainly learnt his on and off-field lessons well which has showed in his consistency during the National One Day Championships.

He is a cut above others at the domestic level and it is difficult for the national selectors to keep him out of the mix.

For Uttar Pradesh, a very steady outfit under coach Gyanendra Pandey, they have played solid cricket without being spectacular with a young captain Karan Sharma leading the team well.

Their left arm pacer Yash Dayal might fancy bringing the ball back in to check out whether Shaw's problems against inswingers have been sorted. However Dayal doesn't have Mitchell Starc's pace and along with fellow Aaqib Khan, could be cannon fodder that the opener requires at the Feroz Shah Kotla stadium.

The other Mumbai batsmen, who have been overshadowed by Shaw's blitzkrieg, would also need to play their roles.

In case, Shaw, who now holds the record for highest individual score in the tournament and highest score by an Indian in a List A chase, fails to come good, one of them will have to take the responsibility.

The Mumbai bowlers led by experienced pacer Dhawal Kulkarni (14 wickets), and comprising Tushar Deshpande and the spin-trio of Prashant Solanki, Tanush Kotian and Shams Mulani, have delivered more than once and will need to bowl in the right areas at the Arun Jaitley stadium.

Uttar Pradesh, on the other hand, defeated Gujarat by five wickets, to make it their third summit clash.

And for them, the role of in-form skipper Karan (225 runs) and wicket-keeper Upendra Yadav (276 runs), along with experienced campaigner Akshdeep Nath, will be crucial.

Their openers Abhishek Goswami (187 runs) and Madhav Kaushik will also need to give a strong start, thwarting the challenge posed by a formidable Mumbai attack.

Mumbai, who have won the tournament thrice, the last one in 2018-19, will be looking to clinch their fourth title and end the season on a high note.

UP, on the other hand, will be playing their third final, would also be eyeing a second title after having shared the Trophy with Tamil Nadu in 2004-05 after that game ended in a tie.

Though Mumbai are favourites, the UP team is capable of springing a surprise come Sunday at the Kotla. 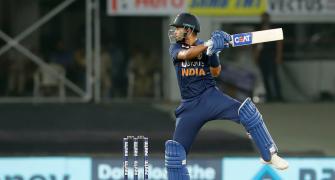 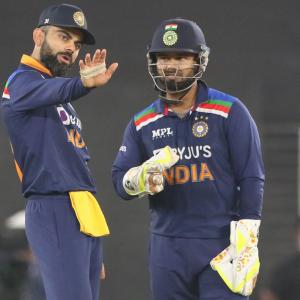