After Waqar begs for forgiveness, former captains say apology too little too late

‘No one is willing to face criticism or resign voluntarily’

‘Now the time has come for hard decisions’ 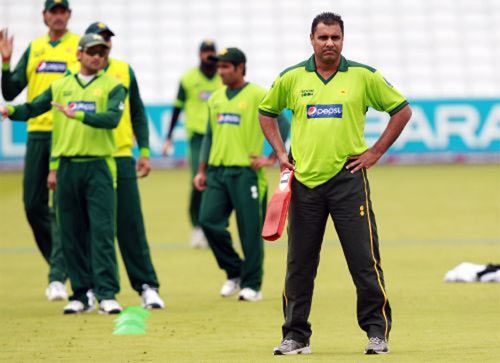 Unimpressed by Pakistan cricket coach Waqar Younis' public apology for the team's disastrous World Twenty20 captain, former captains Ramiz Raja and Muhammad Yousuf have said it was a case of too little too late.

Former fast bowler, Shoaib Akhtar, however, said he had been pained by the way Waqar had offered his apology, on Tuesday, before the media.

"Waqar is one of our greats and it was painful to see him apologising. I don't think anything will change by an individuals apologising. A lot of things need to be set right in Pakistan cricket," Akhtar said on Geo News.

Ramiz said on the same channel that even in the past, lot of people had been pardoned for failing to deliver good results.

"The thing is no one is willing to face criticism or resign voluntarily. If the team had been producing good results the situation would have been different. The sad part is that neither have we seen a change in performance nor the mindset. So the time has now come for changes," he said.

Ramiz said he had played with Waqar and didn't want to hurt him by saying anything more.

"A lot of space and liberty has already been given to stakeholders. Now the time has come for hard decisions," Ramiz said.

The former captain said it was obvious the team's graph had gone down in the last three years and Waqar had failed to bring about improvements.

"If our talent on the bench is not good enough whose fault is it? The skill level of some players is just not improving. I think it is time to rest some players and try our new faces," he added.

"When I was criticised, I resigned and left myself. I think two years is enough for anyone to prove himself and if that does not happen he should leave himself," he said.

Yousuf said it made no sense for Waqar to apologise after two years.

"He is one of our greats and it would be better if he is assigned with the junior team like Rahul Dravid is working with the Indian juniors. I am sure he will produce better results and players," Yousuf opined.

"Radical and hard decisions need to be taken now. Bring honest people who are willing to give time and commitment to their jobs."

Akhtar said although Waqar had apologised but each and every person in the team and the Pakistan Cricket Board was responsible for the decline.

"The target and ambition of our players are very small now and they don't have the talent or achievements to even think about forming groupings in the team," he said.