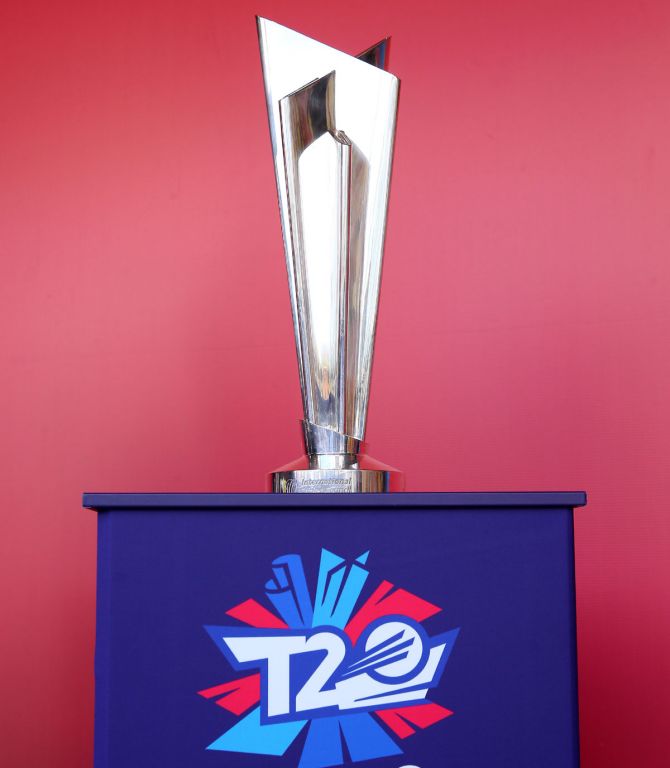 This year's T20 World Cup is set to be moved from India to the UAE with the BCCI acknowledging that none of the participating teams would be 'comfortable' coming back to the country because a third wave of COVID-19 cases is expected at the time of the event.

While a final decision will be taken in a month's time but it is understood that even the BCCI is jittery about holding the 16-team tournament in October-November after the ongoing IPL had to be suspended because of multiple COVID-19 cases inside the bio-bubble.

PTI has learnt BCCI officials have had very recent discussions with some of the top decision-makers in the central government and a shift to the UAE has been more or less agreed upon. The dates of the marquee competition, which was planned across nine venues, have not yet been finalised.

"The suspension of IPL within four weeks is an indicator that it's not really safe to host a global event of that magnitude at a time when the country is fighting its worst health crisis in last 70 years," a senior BCCI source said.

"There is a chance of a third wave hitting the Indian shores in November. So while BCCI will remain the hosts, the tournament will probably shift to the UAE," he added.

Health experts have warned of a third wave in India in September, a view that has been shared by Maharashtra health minister Rajesh Tope.

The dire situation in India, where a daily addition of over 3 lakh new cases has continued for the past many days, has shaken most of the member boards and the ICC is unlikely to take a risk with safety of international cricket teams.

"You can be rest assured that most of the top nations wouldn't like to tour India within next six months unless the situation comes to normalcy. The players and their families would be very wary to travel if they are in the middle of another surge.

"So expect BCCI to agree with shift of tournament to UAE," another source also chipped in.

He said IPL's suspension after a string of positive cases has made the Board very jittery of taking any more risks.

"The IPL in India was a platform to prove to the world as well as participating nations that it is safe to host a tournament even when the second wave is hitting its peak.

"It was going well but the bio bubble has now become porous. What's the guarantee it won't happen again in October-November. Nations like Australia, England and New Zealand are almost certain to have travel advisories in place," he argued.

One of the biggest reasons for conducting the tournament in the UAE is that it can be kept to three grounds -- Sharjah, Dubai and Abu Dhabi -- and there is no air travel.

"Look six venues for IPL was always a dangerous proposition when they successfully managed with three during the last edition," the source said.

"In UAE, all of them were in one bubble from start to finish while here each team was travelling to three bubbles. Most of the positive cases emerged after bubble travel.

"Therefore even if you reduce the number of venues from 9 to 5 in October, still there will be air travel unlike UAE. Also for players, they would not be mentally in a space to play in India unless the situation drastically improves," he added.

There is an ICC meeting in June where a final decision will be taken but retaining the tournament in India after cancellation of IPL seems far-fetched at this point.