Seamer Mohammad Abbas tore through the Australian batting order, claiming his second five-wicket haul of the match as Pakistan sealed a 373-run victory in the second and final Test, in Abu Dhabi, on Friday.

Chasing a mammoth target of 538, Australia were reduced to 164-9 in their second innings to lose the match and the series after lunch on the fourth day.

Usman Khawaja, whose gritty 141 had helped Australia draw the opening Test, did not bat in the second innings due to a knee injury.

Australia added 24 runs to their overnight score of 47-1 when man-of-the-match and series Abbas broke through by having Travis Head (36) caught behind. The 28-year-old struck again in his next over, trapping Mitchell Marsh lbw for five. 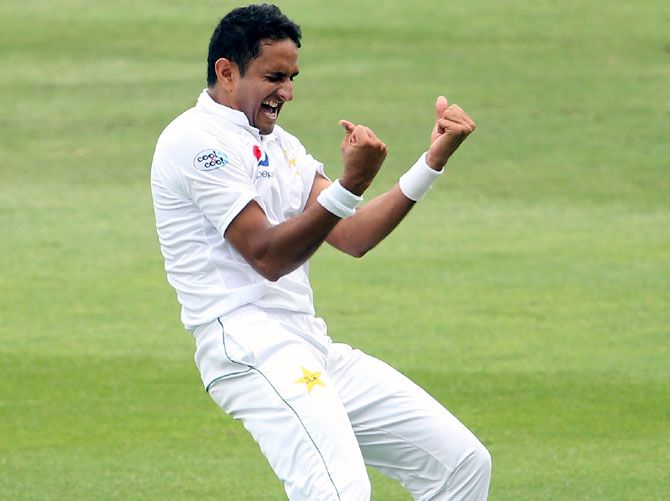 A darting Abbas inswinger trapped opener Aaron Finch (31) plumb in front of the stumps before captain Tim Paine's off-stump was knocked back for a duck in the same over.

Marnus Labuschagne, playing his second Test, grafted his way to 43 but was dismissed after lunch as he top-edged a short ball from Abbas to substitute wicketkeeper Mohammad Rizwan.

Abbas's first 10-wicket haul in Tests made him the first pace bowler to claim 15 or more dismissals in a Test series in the United Arab Emirates.

"The way Abbas has bowled all series is one of the biggest positives for us," Pakistan captain Sarfraz Ahmed said. 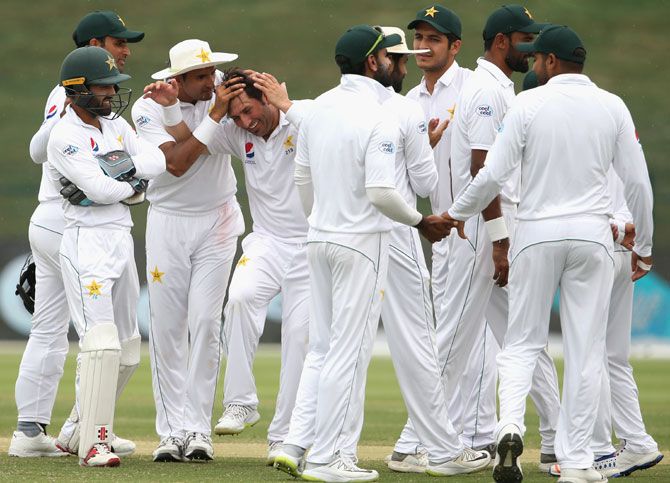 Jon Holland was the last to go, caught by Haris Sohail in the slip cordon off Shah for three as Pakistan clinched their biggest Test victory by runs.

Paine said Australia were disappointed to have let Pakistan take control after reducing them to 57-5 in the first innings.

"We let that opportunity slip. When you do that against good teams in test cricket you pay the price and they batted really well after that, put us under pressure and we weren't up to the challenge with the bat," Paine added.

"Abbas challenged our defence time and time again and as we've seen a number of times over the last couple of years we've come up short. There's no sugar coating that we've got real issues with our batting and we need to address it quickly."

The morning session started on a sour note for both teams, with Sarfraz taken to hospital after being struck on the helmet while batting and Khawaja ruled out with a knee injury that is likely to require surgery.

Sarfraz later said his hospital visit was precautionary and that he had not suffered a concussion.

The teams next meet in a three-match Twenty20 international series which begins on Oct. 24.