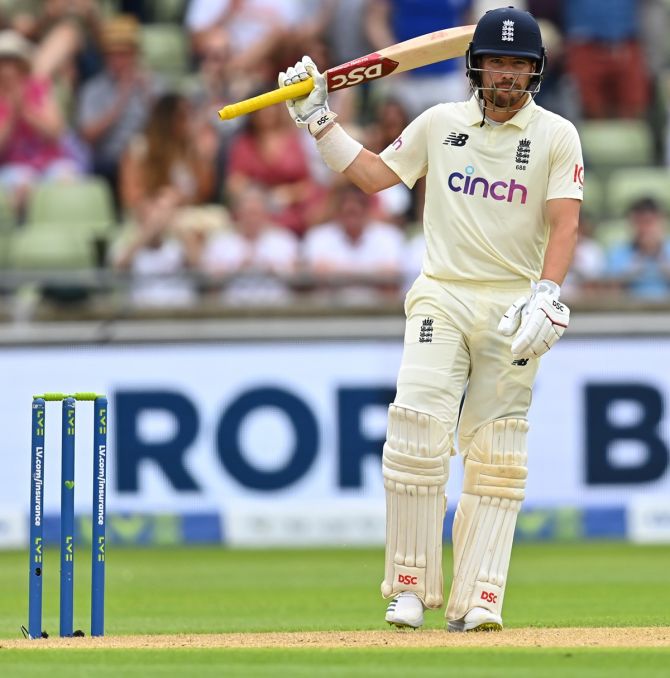 IMAGE: England batsman Rory Burns reaches his half century during day one of the second Test against New Zealand at Edgbaston. Photograph: Clive Mason/Getty Images

England batsmen Rory Burns and Dan Lawrence scored battling half-centuries as the hosts recovered from a mid-innings wobble to reach 258-7 against New Zealand on the opening day of the second and final Test on Thursday.

Burns fought hard even as wickets fell around him and looked set to reach his fourth test century in front of a boisterous Edgbaston crowd of around 17,000 fans before falling for 81, caught by stand-in skipper Tom Latham off Trent Boult. Boult (2-60) removed James Bracey with the first ball of his next over to leave England in trouble at 175-6 after they had won the toss and made a solid start with the bat.

Lawrence (67 not out) steadied the ship, however, with his third test half-century and Mark Wood (16 not out) gave him solid support before the close. 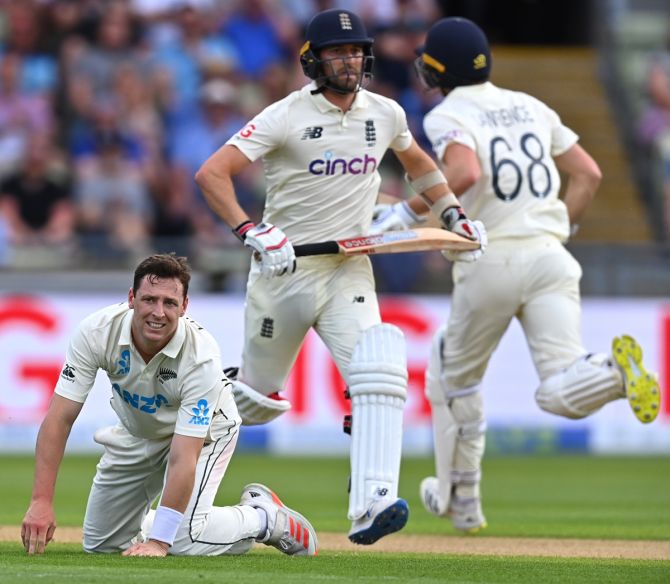 Earlier, Burns and fellow opener Dom Sibley ensured that the hosts negotiated the opening session of a home test without the loss of a wicket for the first time since 2011.

New Zealand made six changes to the team that drew the first test at Lord's with Latham captaining the side for the third time in the absence of regular skipper Kane Williamson due to a niggling elbow injury.

But the visitors clicked into gear after lunch as Matt Henry (2-66) forced Sibley (35) to nick the ball to wicketkeeper Tom Blundell, before Zak Crawley fell for a duck, caught at slip off the bowling of Neil Wagner. 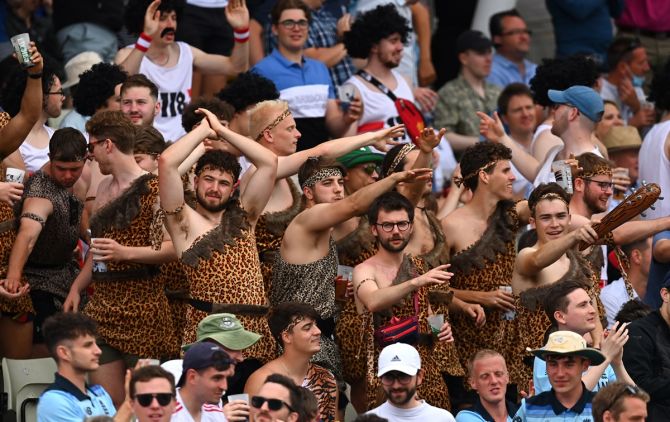 England captain Joe Root got off the mark with a boundary off Henry, but edged the next delivery to Blundell before Ollie Pope departed for 19.

New Zealand struck in the final session as Burns swiped at a swinging delivery outside the off stump to give Boult his first wicket of the innings before wicketkeeper Bracey was caught in the slips for a first-ball duck.

Olly Stone (20) shared a vital 47-run partnership with Lawrence before being trapped lbw by Ajaz Patel.