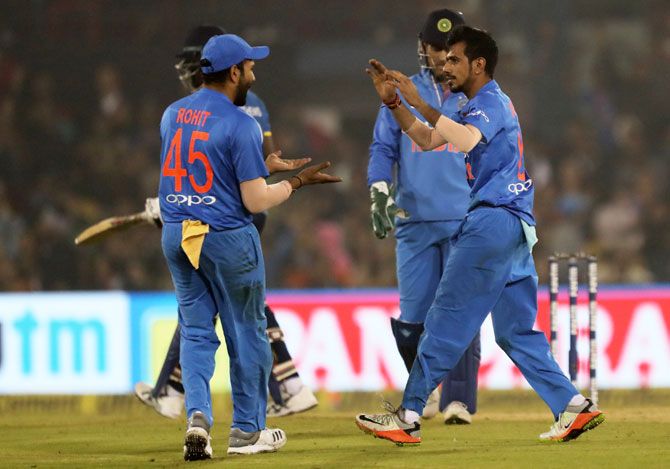 India's Yuzvendra Chahal picked up four wickets in a brilliant display of leg-spin bowling to guide the hosts to a facile 93-run win against Sri Lanka in the opening Twenty20 international at Cuttack on Wednesday. 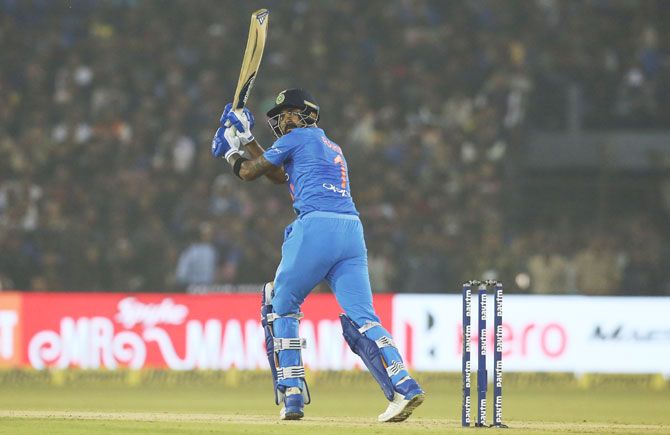 IMAGE: Lokesh Rahul bats during his innings of 61. Photograph: BCCI

Opener Lokesh Rahul, who was not part of the side that beat Sri Lanka 2-1 in the one-day international series, hit 61 off 48 balls to build the platform for India's innings of 180-3 in 20 overs after Sri Lanka had won the toss and opted to field. 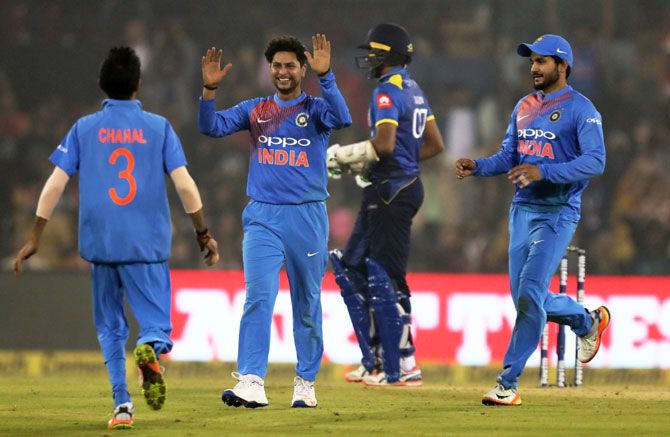 The tourists, who also lost the three-test series 1-0, were all out for 87, matching their second lowest total in the format and handing India their biggest victory margin by runs in T20s.

Coming in to bowl inside the batting powerplay, Chahal showed exemplary control with a slippery ball, owing to the dew on the ground, and finished with 4-23 in his four overs. 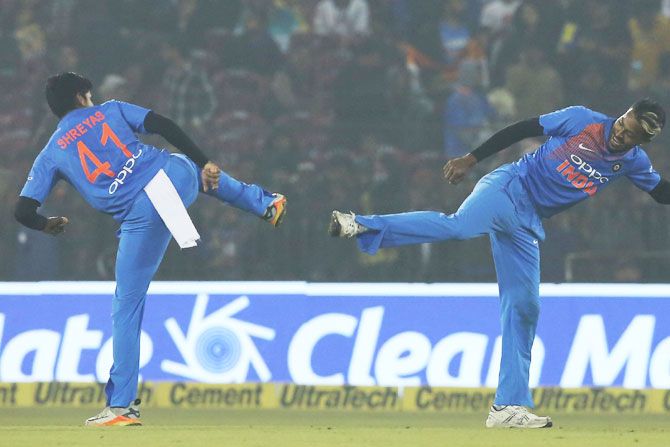 Left-arm wrist spinner Kuldeep Yadav snubbed out the remaining chances of a Sri Lanka challenge with figures of 2-18. Seamer Hardik Pandya wrapped up the tail with 3-29 as Sri Lanka were bundled out in 16 overs. 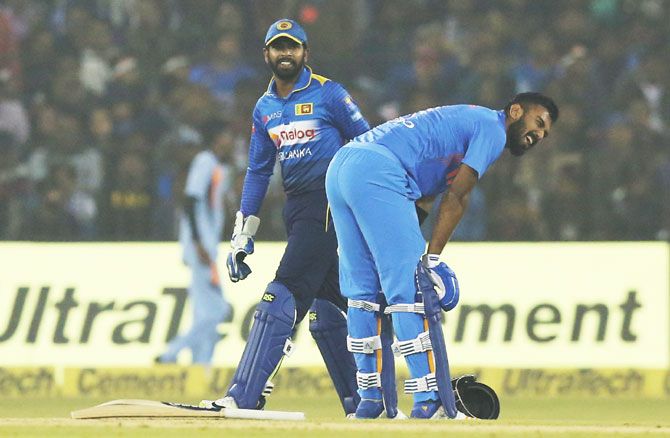 IMAGE: KL Rahul grimaces as he gets hit on the groin, inducing a smile from Lanka keeper Niroshan Dickwella. Photograph: BCCI

India, resting their top players including newly-wed regular skipper Virat Kohli, lost stand-in captain Rohit Sharma (17) early but Rahul and Shreyas Iyer, who made 24, added 63 for the second wicket to give the home side a solid base. 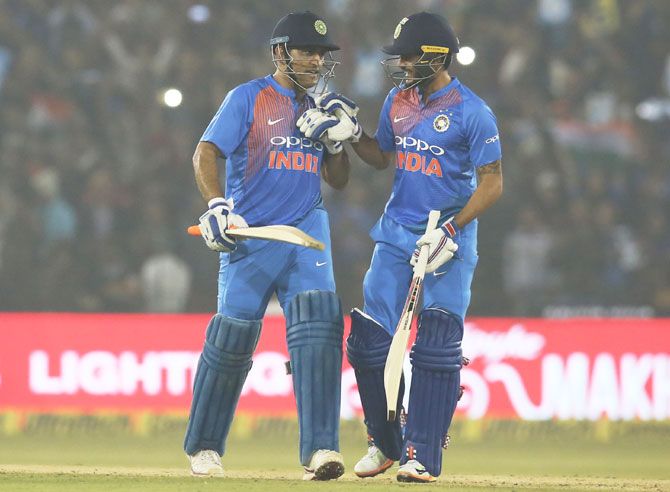 Former captain Mahendra Singh Dhoni and Manish Pandey provided the late flourish with a fourth-wicket stand of 68 as the duo added 61 in the last four overs of India's innings. 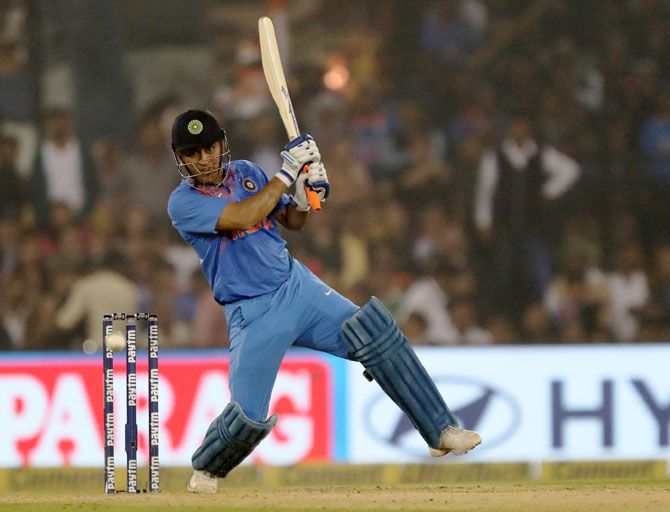 Dhoni remained unbeaten on 39 from 22 balls while Pandey made 32 off 18 deliveries.

Sri Lanka must now win the second match at Indore on Friday to keep alive their hopes of claiming at least one series across the formats on their tour.

© Copyright 2021 Reuters Limited. All rights reserved. Republication or redistribution of Reuters content, including by framing or similar means, is expressly prohibited without the prior written consent of Reuters. Reuters shall not be liable for any errors or delays in the content, or for any actions taken in reliance thereon.
Related News: Manish Pandey, IMAGE, Sri Lanka, BCCI, Mahendra Singh Dhoni
COMMENT
Print this article 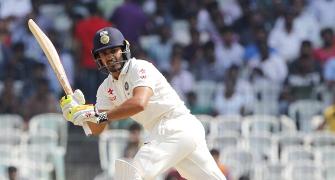 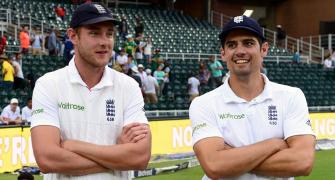 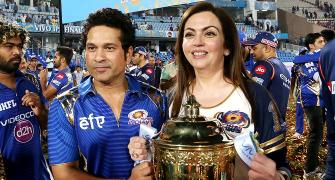 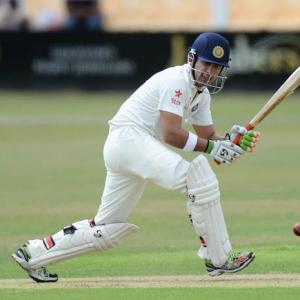 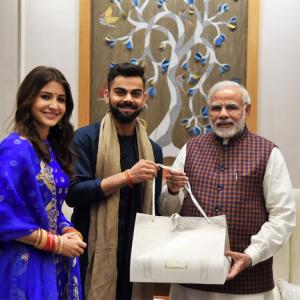