'It's rare that in a twenty-over game all wickets fall. I don't think it's a bad idea to test everyone, because it will give us an idea about how deep is our batting' 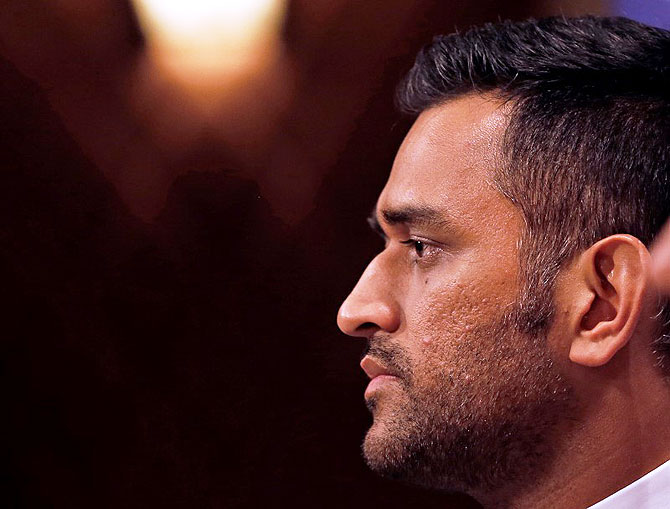 India skipper Mahendra Singh Dhoni was positive despite the surprise defeat to Sri Lanka in the first Twenty20 International, saying it has given the team a chance to assess the batting frailty ahead of the ICC World T20.

India's winning sequence in T20 Internationals came to an embarrassing end on Tuesday after a depleted Sri Lanka pulled off an upset five-wicket victory to take a 1-0 lead in the three-match series.

"It's rare that in a twenty-over game all wickets fall. I don't think it's a bad idea to test everyone, because it will give us an idea about how deep is our batting.

"If the top order keeps performing from now on itself, the lower order will not get an exposure and the chance to bat and get tested before the T20 World Cup," he said.

Put in to bat on a lively track, which had a fair amount of bounce and seam movement, India were skittled out for a paltry 101 in 18.5 overs, the Sri Lanka's rookie pace trio of Kasun Rajitha (3-29), Dashun Shanaka (3-16) and Dushmantha Chameera (2-14) doing the bulk of the damage.

The tourists attained the target with two overs to spare. 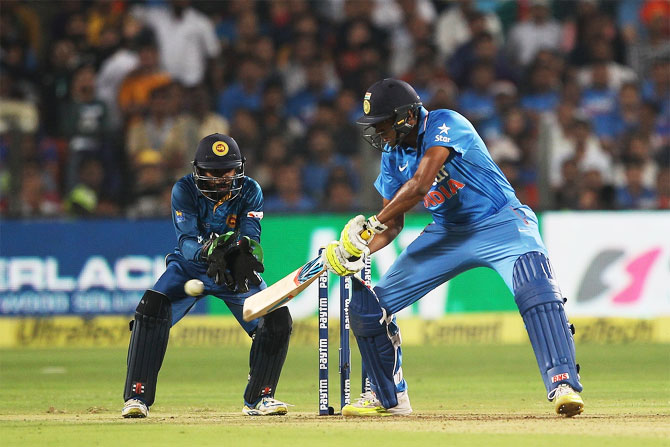 Dhoni said, "This is a different format. Accordingly we will have to adjust. We should not be looking into the 50-over format.

"In this format if someone gets 10 off two balls we say well-played. What is important is we have to see how the wicket behaves. If you chase 140 there is no point in trying to win in 12 or 13 overs. Better to aim for 16th or 17th over. All these things will be a factor (going forward)."

Dhoni said if India had put up 140, it would have been a defendable total on a track that assisted seam bowlers.

At the same time he praised the Lankans' bowling.

"If you see, close to 140 was definitely a good score and would have been slightly difficult to chase. But we can't say whether it was the par score or not, but it was definitely not a 160-170 score wicket.

"There was definitely a lot for the fast bowlers: a bit of variable bounce, a bit of sponge-like bounce which made it difficult to consistently play the big shots. 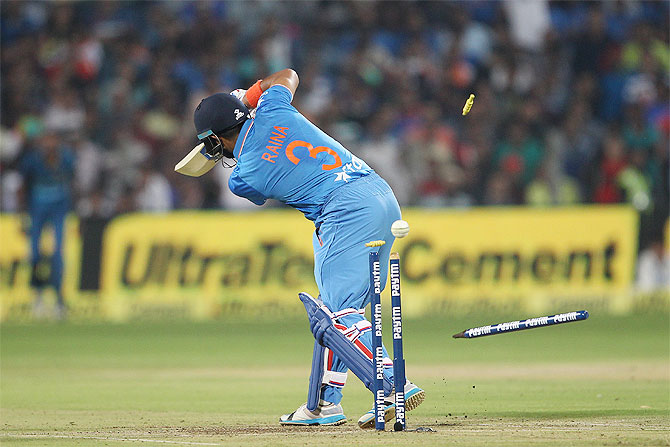 "There was definitely something for the fast bowlers if you could keep hitting one area. It depended on how consistently you can keep hitting the right areas. They did not give width and they did bowl well. We also kept losing wickets that added pressure on the new batsmen coming in," explained Dhoni.

He conceded that his batsmen were perhaps thinking that all Indian tracks would behave in the same manner, especially on the back of their run-glut in Australia in the T20 series, which India won 3-0.

"A partnership was important. We tried a big shot when partnerships were building. Coming from a series where we had made lot of runs, at times it looks that whatever the wicket it is an Indian wicket. But the important thing is we have not used the last two batsmen earlier. It's a way to look forward."

He, however, did not criticise the track and said whatever the conditions the team would accept them and play.

"It's not our fault what kind of wicket we get. Whatever wickets are provided, we will play. We are not bothered about the types of wickets we get." 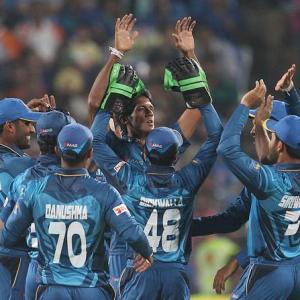 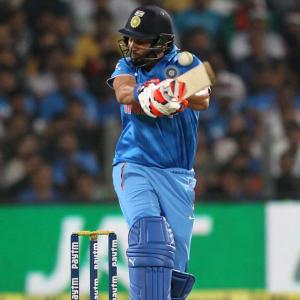