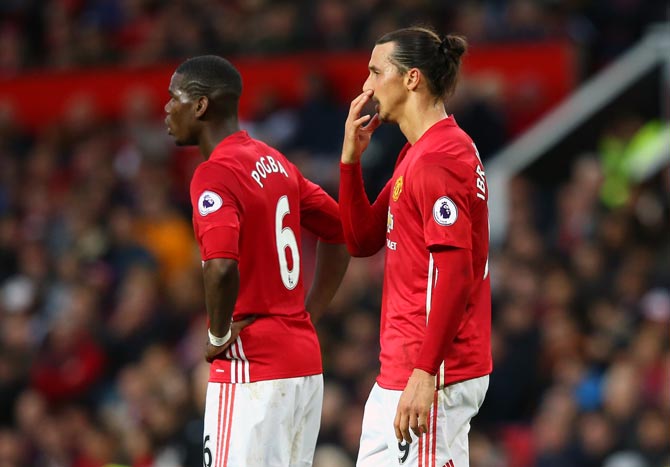 Manchester United stretched their winless Premier League streak to four games after their manager Jose Mourinho and midfielder Ander Herrera were sent off in a 0-0 home draw with Burnley on Saturday.

Referee Mark Clattenburg dismissed Mourinho at halftime after the Portuguese protested over a first-half penalty claim being waved away by the official, while Herrera was red-carded for a second bookable foul midway through the second half.

United missed a barrage of chances in either half and hit the woodwork twice as they laid siege to Burnley's goal, whose keeper Tom Heaton produced a superb performance against his former club with a string of spectacular saves.

The 30-year old, who never got a look-in at United during his 2005-2010 stint at Old Trafford, denied Juan Mata and Zlatan Ibrahimovic three times each, including a breathtaking stop to keep out the latter's close-range overhead kick. 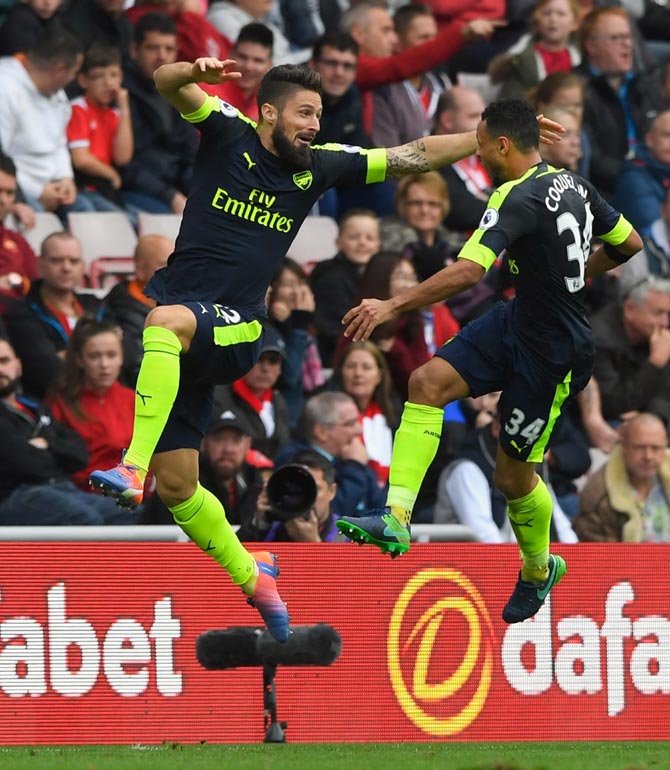 Two goals each from Alexis Sanchez and Olivier Giroud, three of them delivered in a devastating seven-minute burst, saw Arsenal romp past Sunderland 4-1 at the Stadium of Light to go top of the Premier League after Saturday's early game.

The match turned on the introduction of Giroud as a 69th-minute substitute after a Jermain Defoe penalty had equalised Sanchez's first-half opener to give the home side a flicker of hope.

Giroud scored with his opening two touches, first with a superb left-foot shot from a Kieran Gibbs cross on 71 minutes and then with a near-post header from a corner five minutes later.

Sanchez scored Arsenal's third goal in seven minutes from close in when Gibbs's shot came back off the post.

The easy victory was no more than Arsenal deserved after enjoying 66 percent possession and spurning several chances to finish the game.

Asked whether he deserved credit for the decision to bring on Giroud, manager Arsene Wenger said: "The manager gets easy credit when he has quality players on the bench. You do not need to be a special manager to make that decision."

The defeat will place manager David Moyes under further pressure as he seeks to turn round what is now the worst start to a season after 10 games by any side in Premier League history, inferior to Manchester City in 1995-96 on goal difference.