The Test series triumph in Australia is "a great achievement" for Indian cricket, declares Murali Kartik.

It was a tough 12 months for the World No 1 Test team as they suffered series losses in South Africa and England, but they reversed the trend with a superb showing in Australia.

Kartik, who is delighted to see the young talent -- Mayank Agarwal, Prithvi Shaw, Kuldeep Yadav -- coming through into the Indian team, is confident that this Indian team can consistently win overseas in the next few years.

The former left-arm spinner, who played 8 Tests and 37 ODIs for India, is all praise for Kohli's captaincy.

"Even when Virat is sitting in the dressing room when he is not batting, there is so much passion," Kartik tells Rediff.com's Harish Kotian.

How do you rate India's Test triumph in Australia?

They have fought really hard. Possibly in some matches, they couldn't win the big moments, there were team selection errors on a few occasions, which again are debatable.

I have always maintained that the team travelled well, they have really done well on tough tours like South Africa, England and Australia.

It is a great, great, result for the entire team, something which no Indian team has achieved.

Everybody dreams of going there and winning in Australia. We came very close (to winning the series) in 2003-2004 when the series finished in a draw.

I don't think after that we have come close. So it is a great achievement for Indian cricket.

Having seen how they have played over the last year or so, do you think this team has all the right ingredients to consistently win overseas in the next few years irrespective of the conditions?

Of course! Look at the amount of talent the team has! Look at the kind of openers we have! Whether they are in form or not, that is a completely different thing, that can happen.

We have four good openers in K L Rahul, Murali Vijay, Prithvi Shaw, Mayank Agarwal. And we have Shikhar Dhawan also. We have got so much talent.

Now can you imagine three good spinners? Possibly from first class cricket, I don't know the kind of spinners who are coming, but if you just look at the entire squad which India has, it is amazing.

We have Rohit Sharma and Hanuma Vihari along with our top batsmen; it is just an outstanding bunch of players. 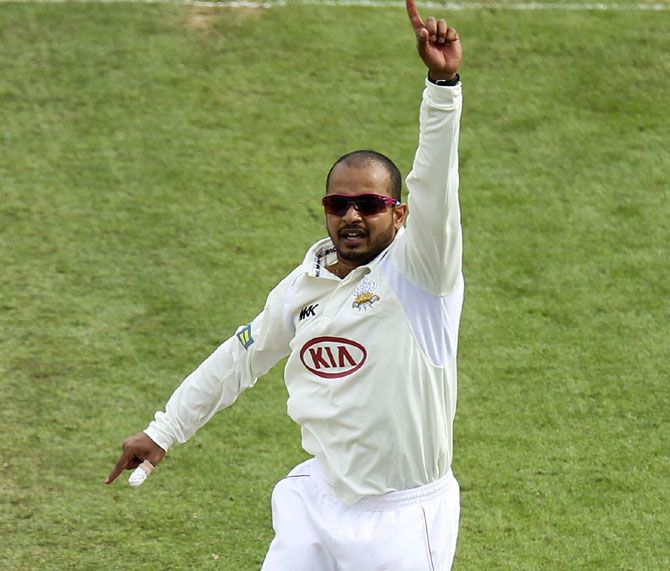 What is the biggest strength of this Indian team? Is it the batting which has batsmen like Cheteshwar Pujara and Virat Kohli? Or is it the world class pace attack comprising Jasprit Bumrah, Ishant Sharma and Mohammed Shami?

I think it is just the ability to fight back.

I think that conviction is what stands out.

The past year has been a learning curve for Virat Kohli's captaincy with India playing a lot of matches away from home.
He has received flak at times for his team selection, but there is no denying his passion for the game and his tendency to lead from the front.

Absolutely. You nailed everything perfectly. Sometimes these things happen. You go in with your gut feeling.

I always say this -- you don't know what goes inside the dressing room as spectators, commentators, former cricketers or analysts. You only speculate and analyse and wonder why something is done or what is done.

At the end of the day, it is the captain and team management who need to think they are always going to be subject to criticism.

If you ask 100 people, not all 100 are going to say 'Wow, what a great decision!' I don't think it has ever happened in life and will ever happen.

That doesn't mean that you don't go in (and try things) because at the end of the day your intentions need to be clear as to what you are doing and why you want to do what you want to do. From that point of view, it is wonderful.

Obviously, in captaincy, there is no point comparing him to anybody else because he is his own man, he leads in his own way.

He is not somebody who is very silent. As you rightly said, he leads from the front with passion.

Even when he is sitting in the dressing room when he is not batting, there is so much passion. He is watching each and every ball and that doesn't happen with everybody.

All those things are big, big, credits to the way Virat has led.

You played a lot with Rahul Dravid and must have bowled a lot to him in the nets. How similar do you find him to Cheteshwar Pujara who showed so much resilience in Australia?

They are similar in terms of tenacity, application and powers of concentration. Technique wise, they are very different.

The only common denominators are gutsy, immense powers of concentration and tenacious. 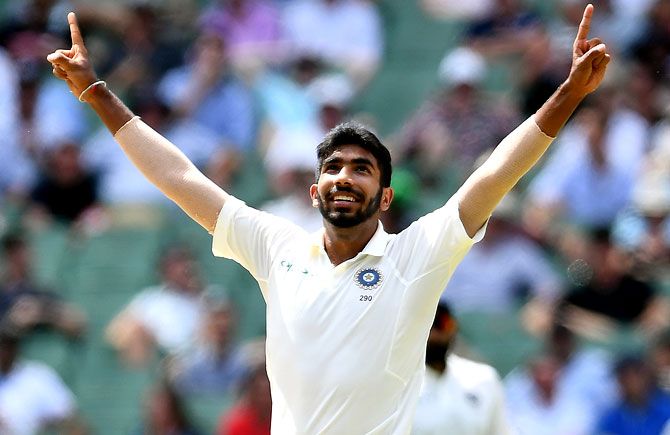 IMAGE: Jasprit Bumrah was the joint highest wicket-taker in the Test series in Australia with 21 wickets. Photograph: Quinn Rooney/Getty Images

Jasprit Bumrah's evolution has been unbelievable in the last 12, 15 months. He has become the world's leading bowler across all formats. What do you put his rapid improvement down to?

I am super, super, happy. He is one of my favourite bowlers.

I still remember his first game against RCB (Royal Challengers Bangalore) when Ricky Ponting was captain of the Mumbai Indians. He kept banging it short, but this kid had pace and a very different action.

From then onwards, every time I have seen him bowl -- what you notice in cricketers and that is something I look for, it is not where you started, but where you reach, where you go and what you want to achieve, how you want to change.

There should be no stagnation in somebody's game, they always try to improve and that is why these guys are so good.

So that is why somebody like Bumrah -- and you must be hearing me say this a thousand times on commentary -- he is one bowler who doesn't have a set length. You can't say 'This is my Jason Gillespie length' or this is 'My Ishant Sharma length'.

He can bowl up, he can pitch it short at will, that is such a great skill to have.

More than that, he is such a thinking cricketer, such a skillful bowler.

It is just unbelievable what he does!

Ravichandran Ashwin's fitness must be a concern for the Indian team because he has twice broken down in the middle of a series, both away from home. Could it affect his future selection for Tests?

I have no idea about that (his selection). But India have got three very good spinners, three very different spinners -- Ashwin, Jadeja and Kuldeep.

Yes, he has not finished tours. He has been injured. I don't know how the team management and the selectors look at it. I just hope it is not taken against him. 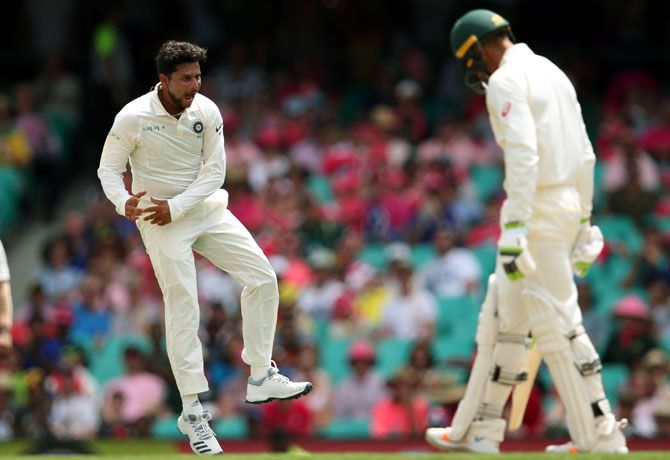 As a left-arm spinner yourself, how much has Kuldeep Yadav impressed you?
Watching him bowl so beautifully in Sydney when he claimed 5 wickets in the first innings, would you say the time has come to play him more regularly in Tests?

That is subjective. You have got people who have done well, like Ashwin and Jadeja.

It is like you know just because somebody comes in and gets runs at No 4 will you drop Virat Kohli? No.

So if somebody comes in and perform, you won't drop an established player.

Jadeja and Ashwin have earned their stripes, Kuldeep is brilliant, please don't take anything against it or make anything out of it.

The only reason why I am saying this is that sometimes you need to wait in the wings.

He has got all the right ingredients to have a long career. He has just started out, so let us not push things because Ashwin and Jadeja have done well.

One of India's main problem areas in Australia was the opening slot, but someone like Mayank Agarwal came in and fitted into the role so well. Along with Prithvi Shaw he has eased India's concerns about the opening slot.
Do you see them opening the batting for India in the future?

The opening slot was a concern because suddenly your in form players went out of form.

Suddenly, if Virat Kohli goes out of form, you won't have concern that you need someone to come in at No 4. Sometimes, these kind of things happen.

This is why the team management had the belief in those openers (K L Rahul and Murali Vijay).

You have picked someone based on logic, so that logic can't be changing every second day.

What has been special about the team is that the players who have been picked have grabbed their chances and challenged the established seniors. Isn't that a positive sign for Indian cricket?