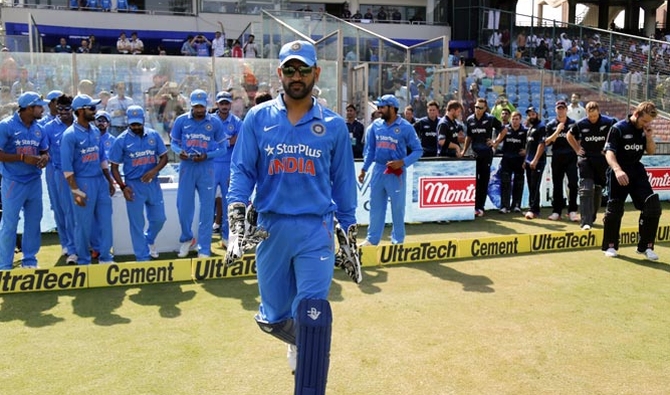 IMAGE: Mahendra Singh Dhoni leads his team out to the middle. Photograph: BCCI

Mahendra Singh Dhoni led India in 331 matches across all formats in international cricket since taking over in 2007. Players who fell out of favour during his tenure:

(Note: Players making their international debut in 2016 have not been included.) 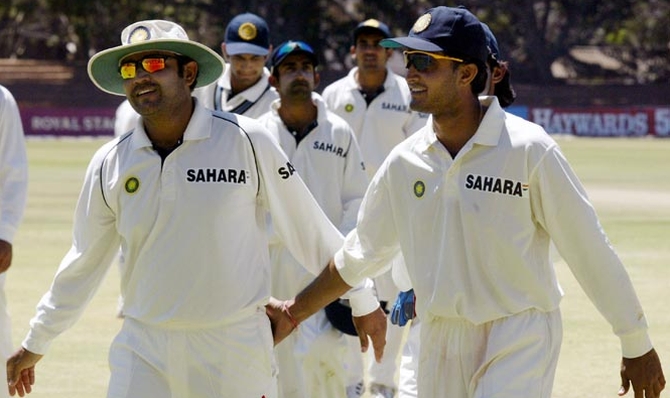 Sourav Ganguly backed his players to the hilt.

Some players he captained -- Harbhajan Singh, Zaheer Khan, Yuvraj Singh, Virender Sehwag among others -- still swear by him.

Ganguly led India in 195 matches in international cricket. Players who had short careers in Dada's tenure: 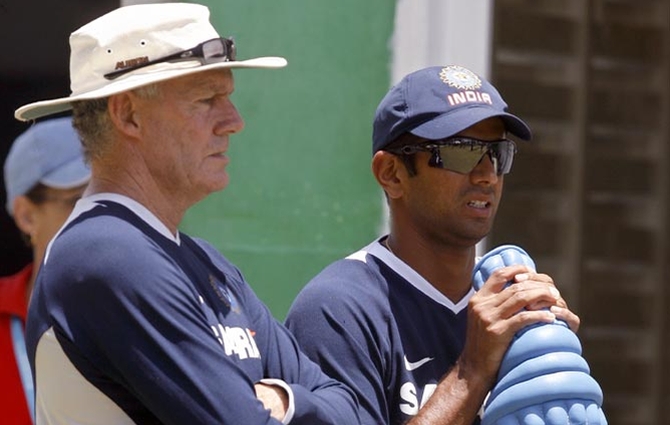 Along with then coach Greg Chappell, Dravid tried to bring in youngsters into the team, showing the door to some experienced players. 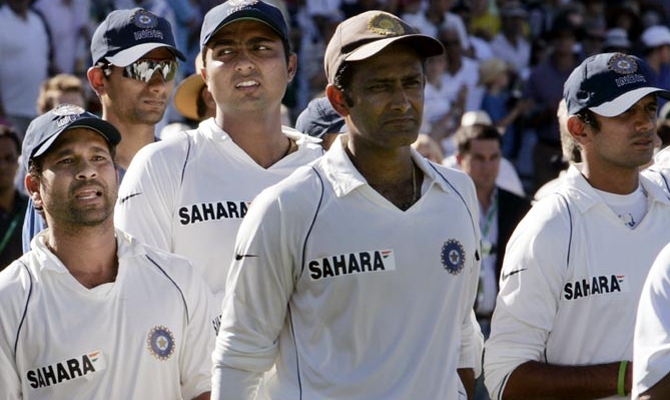 Anil Kumble had a brief tenure as captain, leading the team in 14 Tests and in a One-Day game against England in Chennai in 2002 in the injured Sourav Ganguly's absence.

During Kumble's tenure, India tried split the captaincy. The leg-spinner took over the Test captaincy from Rahul Dravid in 2007, while Mahendra Singh led the ODI and T20I teams.

Since no one else wanted to be captain at that point, Kumble has said it was given to him.

A look at players who had short careers under Anil Kumble: