The Indian regulatory framework forced Citi to hibernate -- contrary to the claim that it never sleeps!
Manojit Saha reports. 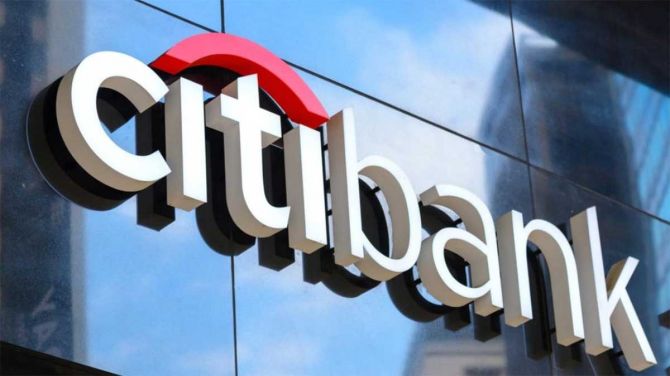 In 2000, the foreign banks' market share in advances, among all commercial banks, was 8 per cent.

If one considers the loan market share of non-banking finance companies, which has grown leaps and bounds over the past decade, foreign banks' performance in the overall credit market will look even more dismal.

But foreign banks seem to have missed the India growth story.

India's average gross domestic product, after slumping from 8.2 per cent in 2009-2011 to 5.3 per cent in 2011-2013, following the global financial crisis, moved upward from 2013-2014, reaching 8.3 per cent in 2016-2017, which is considered one of the longest cyclical upswing in its post-independence history (though growth had slowed down since 2017, owing to demonetisation, and contracted in the last financial year due to the Covid-19 pandemic).

Yet in 2015, UK-based Standard Chartered Bank -- the largest foreign bank at that time in terms of number of branches -- decided to reduce its unsecured retail and corporate business in India as a part of its global restructuring exercise.

Some months later, another foreign lender, HSBC, decided to cut its branch network from 50 to 26, citing its strategy was to conduct retail business through digital banking channels.

Recently, South Africa's second-largest lender, FirstRand Bank, decided to close its only branch in India and will operate through a representative office.

"Foreign banks never had the appetite for India," said a banker who had a stint with a foreign bank and later worked with a private sector bank.

"Maybe they did not understand the market. Non-performing assets are also an issue as they think loan repayment culture is not there in India."

"The top bosses of these banks are fine to do business with a large conglomerate such as the Tatas and the Mahindras. But they don't have time for a Rs 100 crore loan to an SME in a smaller city such as Bhubaneswar," said another banker.

The latest downsizing is by Citigroup, which has decided to exit retail banking from India and 12 other markets, citing lack of scale to compete.

'We believe our capital, investment dollars and other resources are better deployed against higher returning opportunities in wealth management and our institutional businesses in Asia,' Citigroup's global CEO Jane Fraser said while announcing the bank's exit.

The lender will continue to focus on institutional business.

But Citibank has been present in India for more than a century and started the consumer banking business in 1985. What hindered it from growing scale even after so many years of operations?

The US-based lender, which was one of the country's top five credit card issuers till a few years ago, has been cutting back on this business over the past year.

The Suvidha salary account has one million customers from premium companies.

In the wealth management business, Citi has been among the top five players. And it has met priority sector lending targets -- the Reserve Bank of India-mandated lending to specific sectors such as agriculture -- in the past few years.

In fact, Citi, unlike other foreign banks, made a conscious effort to penetrate India's growing affluent market. But things have been slowing.

The real challenge for Citi and other foreign banks came in 2013, when the RBI announced new guidelines for foreign banks operating in India, asking them for local incorporation to get treatment on a par with Indian banks.

Apart from a handful, such as DBS headed by an Indian-origin CEO Piyush Gupta, none of the bigger foreign banks, including Citibank, converted their branches into wholly-owned subsidiaries (WoS). This reluctance stifled foreign banks' growth.

That's because, after 2013, the RBI limited the number of licences for fresh branches it gave to foreign banks that did not opt for the WoS route.

Despite this restriction to its geographical spread -- it had a branch in just 17 locations -- a former Citi banker says the bank managed to meet the PSL targets "organically".

This means, instead of meeting its targets by buying PSL certificates from banks that have exceeded their targets, Citi met the targets by extending actual loans.

"That is why Citi managed to stand out for so long," the person pointed out.

Since growth in Delhi, Mumbai and other major cities had slowed, Citi had requested the RBI for permission to extend loans -- including PSL loans -- in locations where it didn't have a branch presence.

The former Citibanker emphasised that the bank was not asking to create liabilities -- i.e. garner deposits -- in non-branch locations but only create assets or loans.

"But even that was not allowed," the former banker said.

To grow, therefore, Citi deployed a painstaking and costly route.

"People who worked in these businesses were transferred to the NBFC and posted in these cities where the business is. Then we would transfer that business to the bank's book to qualify for PSL, an exercise that involved stamp duty costs and so on," the former official explained.

Ultimately, this too proved a cumbersome way to conduct business.

"Essentially there is no game for foreign banks except for the WoS route," the official added.

Citigroup declined to comment for the story or explain why it did not follow the WoS route.

But equally, foreign lenders that complied with the WoS route benefitted handsomely.

DBS's Indian subsidiary was allowed by RBI to acquire old generation Lakshmi Vilas Bank, which helped the Singapore-based lender scale up operations in India as its branch network jumped from 34 to nearly 600 following the takeover.

In short, the Indian regulatory framework forced Citi to hibernate -- contrary to the claim that it never sleeps! 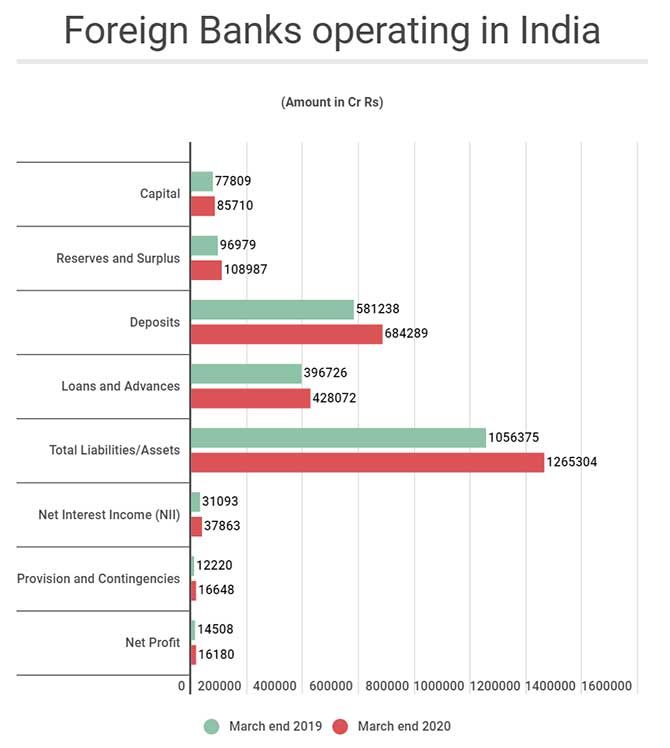 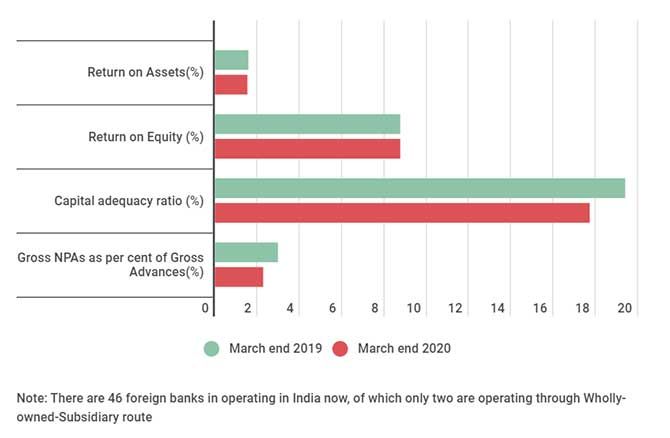 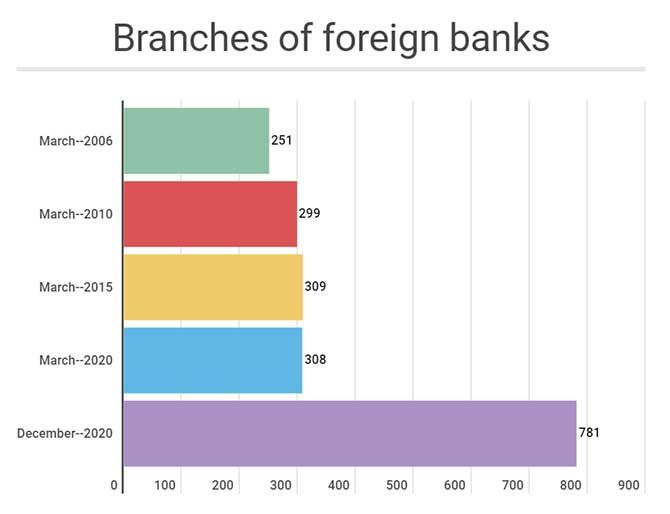 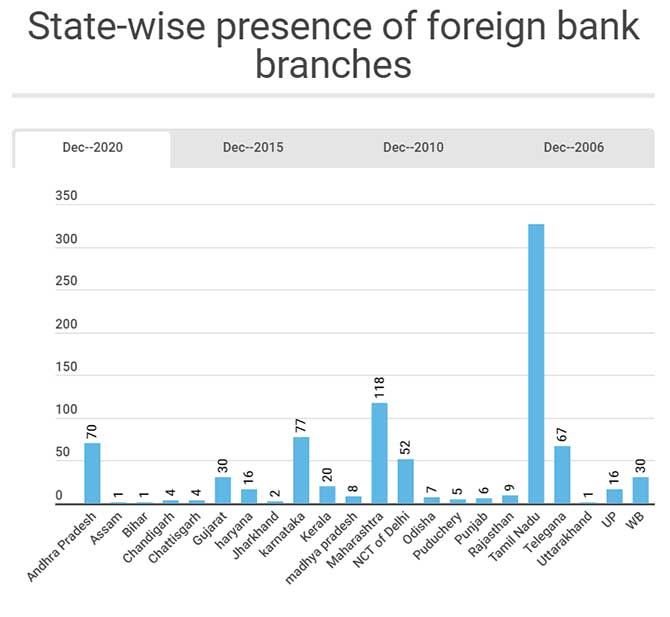 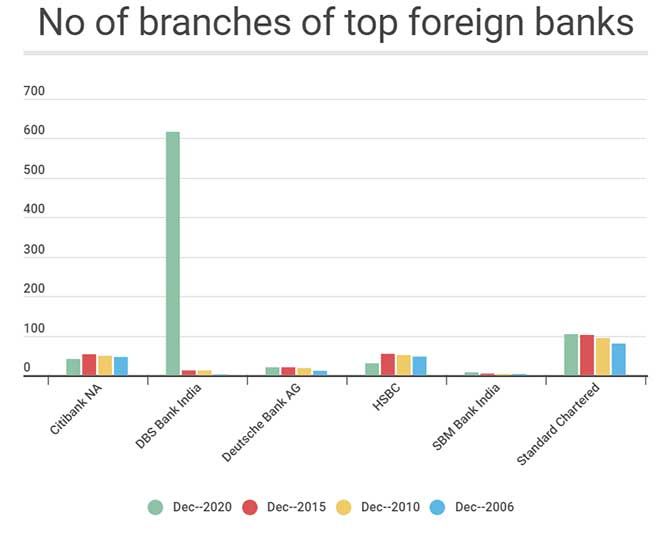 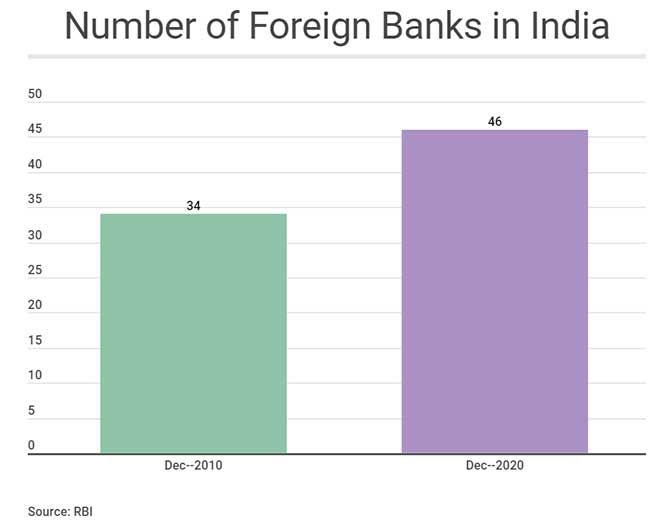