This property has all the hallmarks of being owned and occupied by Vijay Mallya.
A fleet of supercars making their way down the drive, hordes of people descending to party all night long and a constant delivery of goods and services. The more famous pad of the Mallyas is the palatial country house in Tewin village, Hertfordshire, 20 miles north of London.

The quintessential English village dates back to the Anglo-Saxon times, boasts of a picturesque countryside rich in flora and fauna and has a population of barely 2000.

Mallya's property Ladywalk was previously owned and occupied by Anthony Hamilton, father of F1 champion Lewis Hamilton, and hence has always been the cynosure of all eyes in the sleepy village.

Though not much is visible from the main entrance, a public footpath runs around the property, providing an unrestricted view of the enormous spread that includes the main house Ladywalk and a lodge called Bramble Lodge with plenty of land for Mallya's five dogs -- Bichon lapdogs Elsa and Daisy, golden retrievers Luna and Bella and a St Bernard called Spirit -- to play chase.

Security at Ladywalk is a priority and several CCTV cameras are in operation 24x7 at various entry and exit points along the periphery of the extensive property.

Guards, dressed in black and armed with iPads and binoculars, are ever vigilant, and more so for snoopy scribes.

The large modern house sits on 30 acres of land and boasts of swimming pools, tennis courts and several outhouses.

The two-year renovation of the property saw a continuous flow of architects, landscape artists, builders and gardeners.

But what the locals most look forward to is the plethora of supercars that take to the narrow roads leading to Queen Hoo Lane. A sure sign that the party king is at home! The story begins on 11 June 2014. This property was already on the market through estate agents Savills and Knight Frank with at least one prospective buyer lined up.

Mallya paid Hamilton a visit, instantly fell in love with the property and immediately made an offer. An offer that Anthony Hamilton could not refuse.

So desperate was Mallya to make this his new home that a written agreement between the two was signed that day, thus sealing the fate of this property.

Mallya's Cornwall Terrace address in London was listed as the residential address. The deal was signed for a whopping £13 million and strangely no deposit was taken by Hamilton on that day.

On 11 June 2014, Anthony Hamilton signed as the 'seller', witnessed by Force India's Deputy Head Robert Fernley, and Mallya signed the agreement under his own name as a 'buyer', witnessed by his chartered accountant Dr Lakshmi Kanthan.

The only signature on the preliminary agreement under the 'buyer' was that of Mallya.

This property has all the hallmarks of being owned and occupied by Mallya. A fleet of supercars making their way down the drive, hordes of people descending to party all night long and a constant delivery of goods and services.

Yet when we dig deeper into the ownership, Vijay Mallya is a phantom lurking everywhere yet really nowhere.

Ladywalk is propped up on a complex structure of ownership that defines the existence of many such marquee properties in the UK.

Mallya has never disputed claims that he bought his new family home with the intention of securing it for his son and two daughters.

Though he has often nonchalantly challenged reporters to prove that the Ladywalk property was bought by him through ill-gotten money.

If one can lawfully hide the real ownership and flow of funds, why wouldn't billionaires exercise the option and bask in the security this provides them? 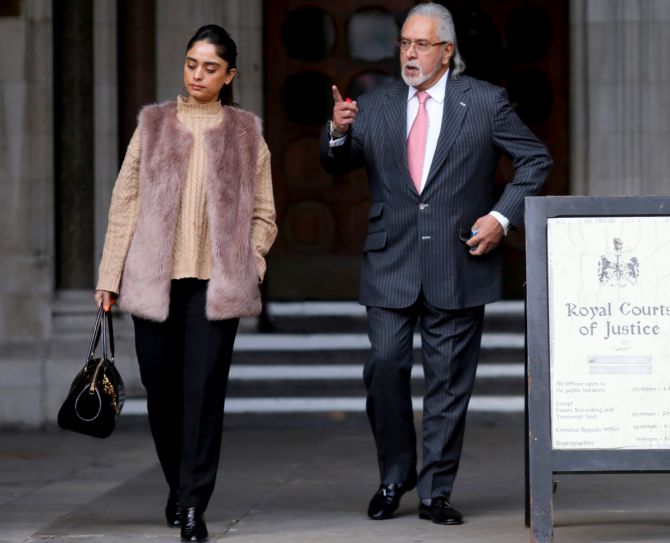 Here is how the complex network of newly created trusts, registered in far-off tax havens, operated through a discreet Swiss financial firm, secured for Mallya his most prized home in the UK: On 29 January 2015, Ladywalk LLP was established under the Limited Liability Partnerships Act 2000, 'to carry on the business of investing in, owning and letting residential property' (clause 3) and the net profits of the business were to be distributed between limited partners (99.9 per cent) and the general partner (0.1 per cent).

Sileta Trust, established on 21 July 2007, has Lalitha Mallya as the settlor and Vijay Mallya as the protector, for a 100-year 'Trust Period'.

As a protector, Vijay Mallya then added his children -- Leena, Tanya and Siddharth -- as beneficiaries of the Sileta Trust by a resolution dated 1 May 2016.

Ladywalk LLP was also established in the BVI. This was also the registered address for Ladywalk LLP. 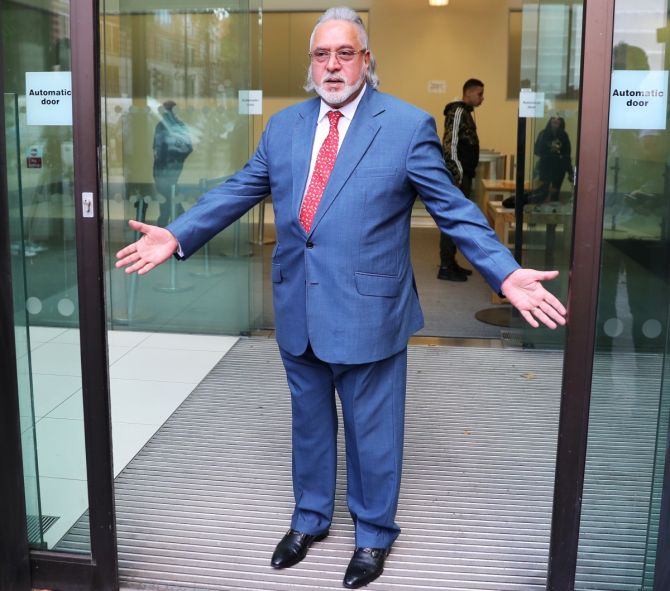 CASL is a Switzerland-based, corporate trustee company run by one Andrea Rishaal Vallabh, who executed the Ladywalk property deal on behalf of three separate trusts.

On 3 July 2015, Andrea Vallabh signed a declaration stating that he held his interest in Ladywalk LLP as a nominee and trustee of CASL, as a trustee of Sileta Trust.

Interestingly, Jayprakash along with his wife Susanna held a 10 per cent stake in Kingfisher Airlines.

He also held a significant stake in Watson Ltd based in Mauritius that owned a 21 per cent stake in UBHL.

Jayprakash and Susanna were also directors of CAS Nominees, registered in the Isle of Man, that serves as the principal trustee of the Golden Eagle Trust, a Mallya family trust established by the patriarch Vittal in the 1980s. 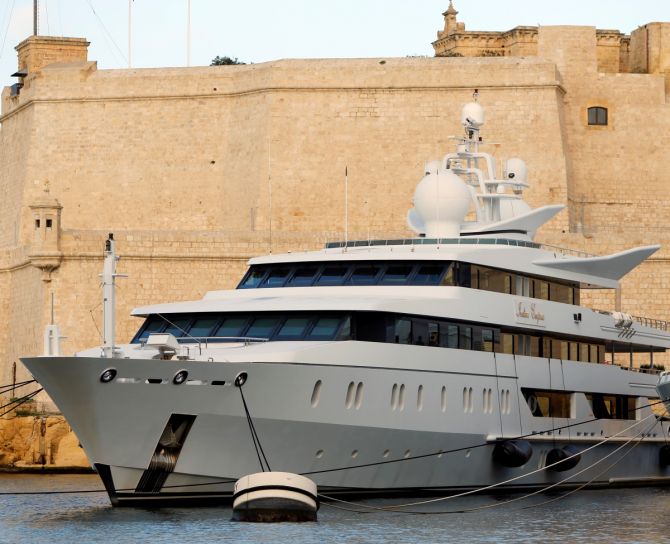 The bond between the Mallyas and the Vallabhs dates back many decades, and to many offshore companies that have been linked to Mallya's flagship businesses.

It is, therefore, not surprising to see the Vallabhs once again take centre stage in securing the Ladywalk property for Mallya.

It also comes as no surprise that CASL was constituted under the laws of St Kitts and Nevis, perhaps the most secretive tax haven today.

This agreement was signed by Vijay Mallya under 'For & On Behalf Of Buyer(s)' and Anthony Hamilton. There were no witness signatures. 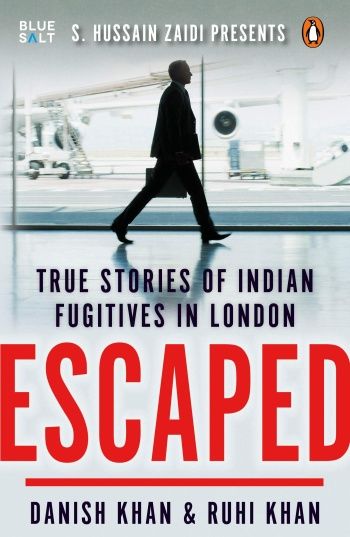 On 17 July 2015, Ladywalk LLP purchased the Ladywalk and Bramble Lodge properties. There is no direct evidence of the person who paid the remaining funds.

But accounts of Ladywalk LLP between 3 July 2015 and 31 July 2016 reveal a more complicated web of financial transactions that could have been used to make the final payment towards these properties.

Another company, Ladywalk Investments, was created in the BVI that managed to secure funds through the financial company Edmond de Rothschild (Suisse) S.A. against the Ladywalk and Bramble Lodge properties, put up as collateral by Ladywalk LLP for a credit facility term of ten years. The amount credited into Ladywalk LLP accounts was £7.2 million.

In the eyes of the law, the legal owner of the palatial Ladywalk and Bramble Lodge properties is Ladywalk LLP, though the economic ownership of the properties would be enjoyed by Mallya's daughters as they would likely stand to gain or lose by an increase or decrease in the value of the properties.

Years of renovations and several hundred thousand pounds spent, created for Mallya his perfect refuge when he left India a year later, perhaps safe in the knowledge that his possession of this property is secured.

Vijay Mallya, who proudly flaunts Ladywalk as his UK home, legally holds no ownership of the property.

Tewin may have been thrust into bad press due to its notorious resident, but one, they say, who has a heart of gold.

It is believed that Mallya donated a Christmas tree to the village when the local fir tree was uprooted in an accident.

While few have interacted with him, they know that Mallya attended a barn dance at the nearby hamlet of Bull's Green and Pinky Lalwani also expressed interest in joining the local walking group.

Largely, the couple have kept to themselves, more so after the news of his trial made headlines and reporters swooped down on the quiet village.

Excerpted from Escaped: True Stories Of Indian Fugitives In London by Danish Khan and Ruhi Khan, with the kind permission of the publishers, Penguin Random House India.