If, as promised, the tax refunds are done within 24 hours it will obviate one of the biggest reasons that taxpayers distrust the tax department, says Harsh Roongta. 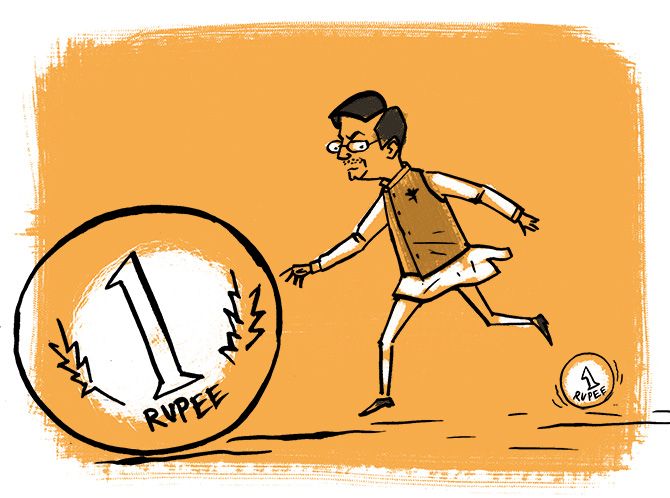 “All returns will be processed in twenty-four hours and refunds issued simultaneously.

"Within the next two years, almost all verification and assessment of returns selected for scrutiny will be done electronically through anonymised back office, manned by tax experts and officials, without any personal interface between taxpayers and tax officers,” said Finance Minister Piyush Goyal in his interim Budget speech 2019-20, on February 1.

This promise will require a complete overhaul of the way targets are fixed for tax collections.

Currently, the jurisdictional tax officer is responsible for tax collections from cases that are allocated to her, whether this is as tax deductible at source (TDS) /advance tax from these taxpayers or from demands raised after detailed scrutiny of the tax returns.

As a result, the jurisdictional tax officer tries every trick in the book to postpone the refund claimed by the taxpayer.

In many cases, this is done simply selecting the high refund cases for detailed scrutiny thus postponing the refund due to the taxpayer.

In the new system, one assumes that no specific tax officer will be responsible for the refunds.

If, as promised, the refunds are done within 24 hours it will obviate one of the biggest reasons that taxpayers distrust the tax department -- delayed refunds especially in cases of large refunds.

This is more so because most returns filed by businesses mostly claim large refunds.

TDS rates were fixed in the 1960s and 1970s assuming a business margin that no longer exists in today’s competitive environment.

For example, 10 per cent is deducted from bills for professional services.

So, on every bill for Rs 100, it is assumed that the organisation makes a profit of Rs 33 on which the tax payable comes to around Rs 10.

As anybody who runs a service organisation will tell you, very few service businesses have a profit margin of 33 per cent today.

The government refuses to bring down TDS rates as it constitutes the bulk of the tax collections.

All governments irrespective of party labels like to hold on to the taxpayers’ money so that they can bridge the budget deficit.

After all, the government accounts for tax receipts on a cash basis and does not account for the liability for refunds due to the taxpayers.

They try and kick the can down the road for another year.

So, if the government refunds the money in 24 hours (including the large refund cases), it will remove the largest source of friction between taxpayers and the tax department.

The second promise about scrutiny being done electronically through anonymised back office, manned by tax experts and officials, is far more difficult to deliver.

While disputes are unlikely to come down in these cases, it will at least be limited to major points.

While tax officers may continue to make absurd decisions in the name of revenue collection, they will have much less room for subjectivity in the treatment of issues, and thus, the chances of corruption and harassment will come down.

Corporates though are likely to continue to face absurdly high-pitched assessment orders, but at least it will be limited in scope and number.