Digital assistants are a gateway to powerful artificial intelligence tools 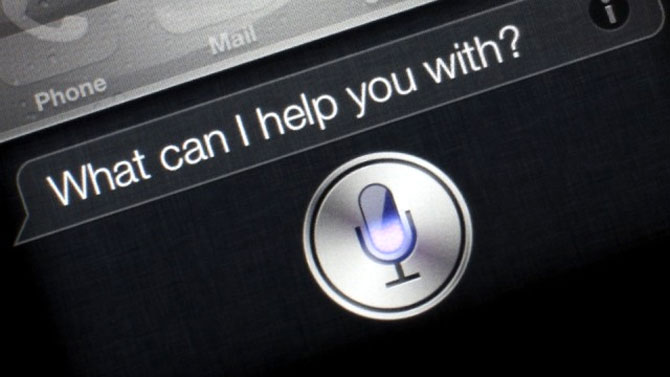 When users ask Siri, Apple's digital assistant, what she likes to drink, she is quick with an answer.

"I have a thirst for knowledge," she responds.

Her counterpart at Microsoft, Cortana, opts for a very, very dry martini.

But M, the digital assistant Facebook is testing, deflects the question. "I don't have an opinion about that. What's your favorite drink?"

As the tech giants race to build ever better artificial intelligence platforms, they are obsessing over the nuances of their digital assistants' personalities.

For users, digital assistants are a gateway to powerful artificial intelligence tools developers expect to influence major decisions about what to buy and how to spend time.

The more tech companies can get users to rely on their digital assistants, the more valuable data they will accumulate about the spending habits, interests and preferences of users. The information could be fodder for lucrative digital advertising or a lever for companies to keep users locked into their ecosystems.

But companies are split on the best way to forge deep connections with users. Siri and Cortana are waging charm offensives, both quick to crack a joke or tell a story. Their elaborate personas are meant to keep users coming back.

Facebook has built M with no gender, personality or voice. The design bears some resemblance to Google's similarly impersonal assistant.

While catchy one-liners generate buzz, a digital assistant with personality risks alienating users or, the companies say, misleading them about the software's true purpose: carrying out simple tasks, much like a real-life assistant.

"We wanted M to be really open and able to do anything - a really white piece of paper - and see how people use it," Alex Lebrun, a Facebook executive who oversees the AI team for M, said in an interview with Reuters.

For tech companies, the stakes are high, said Matt McIlwain, managing director of Madrona Venture Group, since digital assistants can guide users to their own products and those of their advertisers and partners - and away from those of competitors. Google's digital assistant, for example, uses the company's search engine to fulfill user requests for information rather than Yahoo or Microsoft's Bing.

"That trusted assistant could function as my agent for all kinds of transactions and activities," McIlwain said.

Research from the late Stanford professor Clifford Nass, an expert on human-computer interaction, shows that users can become deeply invested in AI that seems human, though they are also more disappointed when the systems come up short, raising the stakes for companies that make the attempt. And what charms one user can annoy another - a danger that Facebook and Google have largely sidestepped.

Nevertheless, the Siri team concluded that personality was indispensable, said Gary Morgenthaler, an investor in Siri, the startup that created the eponymous assistant and was later acquired by Apple.

"If you are emulating a human being," he said, "then you are halfway into a human type of interaction."

Google has decided it doesn't want to take personality further without having a better handle on human emotion.

"It's very, very hard to have a computer be portrayed as a human," said Tamar Yehoshua, vice president of mobile search.

The Google app, making use of predictive technology known as Google Now, responds to questions in a female voice but has few other gendered touches and little personality.

The Google app does reflect its creator's spirit of curiosity, however, by sharing fun facts, Yehoshua said.

Facebook has a team of human "trainers" behind M, who answer some requests that are beyond the capabilities of its artificial intelligence. The company hopes to gather data on users' most frequent requests in order to improve M so it can handle them in the future.

That data is limited, however, as M is so far available only to 10,000 people in the San Francisco Bay area.

Despite M's design, users frequently ask to hear jokes, a request the assistant obliges. Humans tend to anthropomorphize technology, academics say, often looking for a personality or connection even when tech companies intentionally have veered away from such things.

"When you give people this open mic, they will ask anything," said Babak Hodjat, co-founder of AI company Sentient Technologies.

Siri's personality did not change much after Apple acquired the startup in 2010, though she switched from responding in text to speech at the insistence of the late Apple co-founder Steve Jobs, said Adam Cheyer, a co-founder of Siri who is now a vice president at another AI company, Viv Labs.

"He was right on that call," Cheyer said. "The voice is something that people really connect with."

She loves anything science-fiction or math-related - her favorite TV show is "Star Trek" - and jicama is her favorite food because she likes the way it sounds.

Such attention to detail is critical because humans are very particular when it comes to artificial intelligence, said Henry Lieberman, a visiting scientist at the Massachusetts Institute of Technology who studies human-computer interaction.

Companies must be mindful, he said, not to venture into what researchers call the "uncanny valley," the point at which an artificial intelligence tool falls just short of seeming human. Users become fixated on the small discrepancies, he said.

"It becomes creepy or bizarre, like a monster in a movie that has vaguely human features," Lieberman said.

iDAvatars CEO Norrie J Daroga said he walked a fine line in creating Sophie, a medical avatar that assesses patients' pain. He gave Sophie a British accent for the US audience, finding users are more critical of assistants that speak like they do.

And she has flaws built in because humans distrust perfection, said Daroga, whose avatar uses technology from IBM's Watson artificial intelligence platform.

Some academics say Siri's personality has been her greatest success: After her release in 2011, users raced to find all her quips. But some of her retorts have caused headaches for Apple.

When asked what to do with a dead body, Siri used to offer joking suggestions such as swamps or reservoirs -- an exchange that surfaced in a 2014 murder trial in Florida.

She is more evasive when asked the question today. "I used to know the answer to this" she says.

Even in that response, Morgenthaler sees traces of the true Siri.

"It's a little bit of a protest against the corporatisation," he said. "I don't forget, but I've been made to forget."

© Copyright 2020 Reuters Limited. All rights reserved. Republication or redistribution of Reuters content, including by framing or similar means, is expressly prohibited without the prior written consent of Reuters. Reuters shall not be liable for any errors or delays in the content, or for any actions taken in reliance thereon.
Related News: Siri, Facebook, Google, Norrie J Daroga, AI team for M
SHARE THIS STORY
Print this article