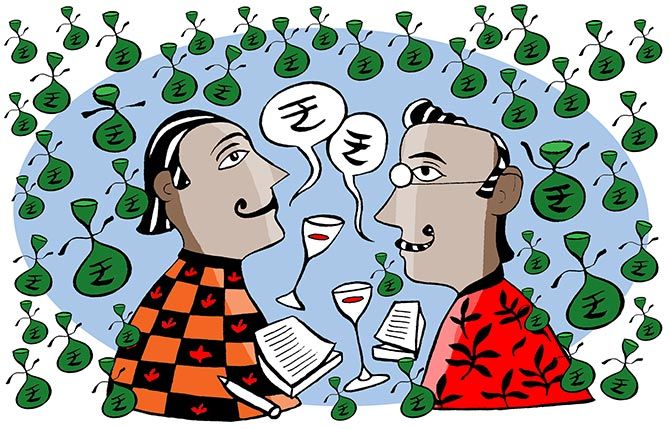 A speaker is addressing some 50 people.

A few scribble quick points on their notepads; the others politely nod in approval.

The event is being played out at a five-star hotel in New Delhi, inside a quiet hall almost as large as a ballroom.

Once the speaker has delivered one last pearl of wisdom, the gathering breaks into delicate applause.

Soon, exquisite liquor and sumptuous cuisine is rolled out and the next couple of hours are spent talking about business operations, investments and succession plans.

Sometimes, deals are informally struck, all with an unmistakable air of nonchalance.

As the razzmatazz wanes and the evening winds down, most of the visitors go back home sufficiently satisfied, with their doubts having been addressed and business advice for them to act on aplenty.

They will be back in the next quarter.

Welcome to the privileged club of the young, uber-rich Indian billionaire who is today open to seeking expert guidance and support more than ever before.

Perhaps that’s what ably explains why many of them -- both first-generation billionaire entrepreneurs and successors of prosperous Indian business families -- are turning to exclusive, by-invitation clubs to improve networking and to brush up on their business acumen.

Earlier this month, for instance, over 300 ultra- and high-net-worth individuals came together in Mumbai for the fifth annual Family Office Summit India -- the country’s largest annual wealth management and family office event.

The day-long conference was organised by a non-profit organisation called Association of International Wealth Management of India.

Business advisors, investors and leadership coaches talked about key investment trends among family offices and also how to mentor the next generation for business.

The event even had author Devdutt Pattanaik regaling the audience with lessons from Indian mythology on the nature of relationships.

A little over a decade ago, family offices were non-existent in India but, with the economy expanding, their number has swelled.

India now has over 200 family offices.

Even as the family office concept forms the basis of these new clubs, they are different since they bring together individuals from different industries in a private space for interaction and knowledge sharing. Not to mention the prestige and glamour that forms an integral part of these engagements.

For years together, Aditya Gadge, a Mumbai-based financial educator with over a decade of experience, has seen platforms meant solely for UHNWIs grow across the globe.

Over the years, platforms such as Family Office Exchange in the US, Private Wealth Network in Sydney and Family Office Club in Hong Kong have served precisely these functions.

“There was a lot of interest in India about how to successfully run large family businesses, but there weren’t enough thought leaders or structured platforms to help these families,” says Gadge, who is also the founder of the Association of International Wealth Management of India.

Gadge had organised the first Family Office Summit in 2013 to help cement that gap.

Later this month, he is launching Priwexus, an invite-only membership community of single family offices, prominent business families and individuals with significant wealth in India.

The hefty criteria required to get entry into Priwexus clearly proves its exclusivity: those in the second or third generation of their businesses are required to be in the Rs 300-crore club; for a first-generation entrepreneur, the mark is relaxed at Rs 100 crore.

Priwexus will focus on peer-to-peer networking.

According to a wealth report by global property consultancy firm Knight Frank, India ranked sixth in terms of growth rate of UHNWI for 2016 and is expected to reach the third place in the next decade.

The ground is clearly lush for clubs like Priwexus to flourish.

Siddharth Singh (name changed), a Mumbai-based, third-generation entrepreneur who is in the midst of taking over the reins of the family company from his father, has been a part of one such network for more than a year now.

He says that while the benefits of professional networking are often overstated, mingling with like-minded people for better ideas doesn’t hurt.

“The atmosphere at these places is conducive for discussion. And the pool of knowledge available is unparalleled,” he says. “Moreover, the thing that makes such places tick is the fact that they provide a structured platform. And they are very private.”

Some of them turn to these clubs for legal advice too, in the case of tussles within the family.

One of the club promoters reveals how a 40-something heir of a pharmaceutical company recently signed up in the hope of chalking out an amicable solution to a power struggle between him and his cousins.

Another wanted thoughts on the strategy needed to exit a family business.

The variety of services on offer makes these rich clubs all the more attractive to young businessmen.

Campden Family Connect, a joint venture between RAAY-Patni Family Office and Campden Wealth, UK, for example, helps in passing on knowledge as well as research.

“There are so many things that are taking place at one time: knowledge sharing, education, networking. That’s what makes this platform so unique,” explains Ayushi Patni, director at RAAY-Patni Family Office.

Since launching the India chapter earlier this year, Patni says that Campden has been met with an emphatic response; enquiries have been plenty.

Campden refuses to divulge the number of families and individuals it has on its rolls in India.

Campden mostly arranges two-day events for its members, spread across the megalopolises as well as smaller cities such as Bhopal and Indore.

‘The atmosphere at these places is conducive for discussion. And the pool of knowledge available is unparalleled. Moreover, the thing that makes such places tick is the fact that they provide a structured platform. And they are very private.’

The inclusion of businesspeople from non-metro cities perhaps confirms the need for such rich boys’ hangouts.

With little networking opportunity in places cut off from the big business centres, entrepreneurs from these cities view rich clubs as the ideal medium to forge ties with some of their more illustrious peers.

“In Delhi or Mumbai, you have professionals to help you out with pretty much everything. In other places, that’s not the case,” says a member from Ludhiana, who does not want to be named. “It’s a great idea to meet people from various industries in one place.”

Gadge’s vision for Priwexus is for the platform to serve as a national link between cities across categories.

There are about 15 cities beyond the metros that Priwexus is closely looking at. The names on the list are still hush-hush but clearly some progress is being made.

Even at Wodehouse Investment Network, launched by Wodehouse Capital Advisors, a mid-market-focused investment bank, the blend of members is what stands out.

“We have a lot of established businesses -- second- and third-generation entrepreneurs -- as well as upcoming businessmen from some of the non-metros,” says Manmohan Tiwana, managing director and CEO at Wodehouse Capital Advisors.

But unlike Priwexus or Campden, Wodehouse does not focus much on “networking”. It prides itself on being a sturdy platform that provides wealthy individuals selective investment opportunities.

While there is no net worth benchmark here, you need to have certain cheque-writing abilities to become a part of the club.

For its 300-odd members, Wodehouse offers talks by five promoters, each from a different industry, every quarter. No more than 50 potential investors are allowed to take part in one session.

It also promotes investment in luxury real estate and art.

Tiwana also adds how the razzle-dazzle plays a part for its patrons. “After talks and discussions, it is also important to keep things light. Generally, investors discuss specific ideas over dinner and drinks at our meets.”

While Priwexus is aiming at designing more casual events, it is, however, imperative here to state that none of these clubs is an informal affair.

‘In Delhi or Mumbai, you have professionals to help you out with pretty much everything. In other places, that’s not the case,' says a member from Ludhiana. 'It’s a great idea to meet people from various industries in one place.'

The mushrooming of these by-invitation-only clubs comes at a time when the Indian corporate sector finds itself at a crossroads, feel some experts.

“Today is an environment where the initial founders and promoters of family enterprises are wary of losing their grip on their empires,” says Siddhartha Rastogi, director, Investments Advisory, Private Wealth & Fund Raising, Ambit Capital, in Mumbai.

He adds how the promoters carry on with a culture driven by passion rather than professional expertise.

“The sector is facing a dilemma with the promoters having to choose between professionalising the company they have founded or controlling it till their death. Companies like Asian Paints have got it figured. Infosys, for example, hasn’t,” he says.

This often leaves a greater onus on the younger generation to initiate some form of change.

Perhaps that’s why those behind family businesses appreciate an unbiased and independent perspective and often look for a “sounding board” to discuss issues around their businesses, and seek counsel on what they see as opportunities, says Delhi-based Praveen Bhambani, leader, Private and Entrepreneurial Services, PwC India.

Apart from the many membership requests these clubs routinely receive, there is strong reason to believe that this kind of networking actually works.

Rastogi, for instance, opines that such networking may actually help in understanding current market trends and the detailed nuances of new business ventures.

“People from diverse backgrounds across various industries network better as they tend to learn better. There is no one-upmanship to outdo the other.”

Even though most of these clubs are still in their infancy, promoters are convinced that their purpose is being fully served.

With positive takeaways for both investors and business promoters, there is downright agreement that they are serving an unmet demand.

For now, with mostly males in their ranks, they can only be classified as “wealthy men’s clubs”.

The inclusion of more women entrepreneurs would make them all the more diverse. 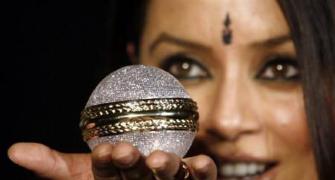 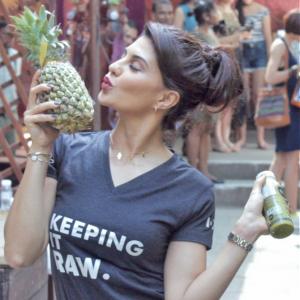 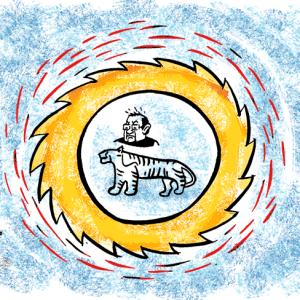