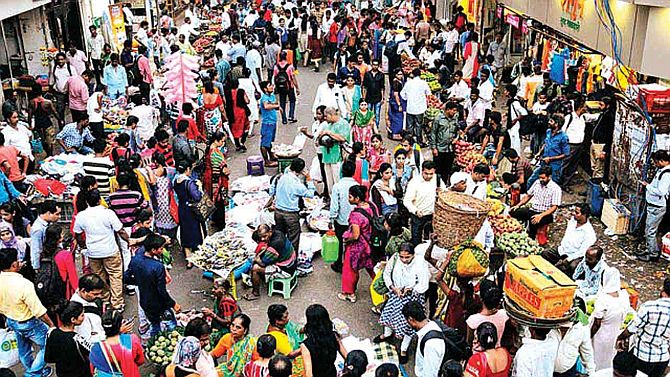 Sitting on a bench in the Defence Colony market in Delhi -- once bustling with vendors -- Upen­dra Kumar Gupta from the Na­tional Hawker Federation remarks, “Even though the lockdown has been lifted, police are not letting any vendors set up their stalls.

"They argue that the government has not issued any guidelines for vendors.

"Many low-income people, who have resumed work, depend on hawkers for food. But the government does not realise that.”

As India entered Unlockdown 1.0, the ministry of family health and welfare released the standard operating procedures (SOPs) for religious places, malls, restaurants and offices, which were set to reopen from June 8.

The guidelines are a set of 'generic' and 'specific' measures to contain the spread of Covid-19.

These guidelines cover different types of business enterprises, but do not mention nano-entrepreneurs like street vendors.

Let’s not forget that as per rough estimates, this underappreciated group constitutes 2.5 per cent (over 20 million) of the total population.

At both the Centre and the state levels, there is lack of clarity on the “un-lockdown” for vendors.

But ambiguity surrounding the operation of street vendors de jure has led the police to harass them de facto.

Without issuing clear instructions that could provide vendors some measure of relief to earn a living, the government set up a social welfare scheme called SVANIDHI.

The scheme aims to provide vendors with a working capital loan of up to Rs 10,000.

General assistance, not contingent on working capital, does not find any mention in the scheme.

One of the biggest challenges of programmes like this is identifying and re­aching beneficiaries, minimising Type 1 (exclusion of those eligible) and Type 2 (inclusion of those ineligible) errors.

Ma­naging such a credit scheme requires ad­ministration capability and is built on the premise of repaying other people’s mo­ney.

Unfortunately, we do not ha­ve a list of all existing vendors across the country.

Centre for Civil Society’s recent report finds that despite the mandate of the Street Vendors Act, no state has comple­ted vendor surveys in all its districts.

Wi­thout an existing database or a clear plan of action to create one at the state/local level, there is a big chance for the prog­ramme to run into the two kinds of errors.

Besides, the nature of vending as an occupation means the number and identity of vendors is never static.

Acc­ording to some vendor leaders, many former daily wage labourers and factory workers have turned to vending in the past month.

In Delhi alone, vendors have increased by over 100,000 in the past three months.

How would the scheme respond to this recent influx of people in the profession?

The scheme clearly states that the credit facility is available only for vendors who were vending before March 24, 2020.

Vending is a low-cost enterprise that provides the urban poor with an avenue for quick self-employment.

The influx and outflow of people in the profession will always remain high.

As per the Street Vendors Act, all existing vendors up to 2.5 per cent of the urban population must be accommodated in the vending zones earmarked.

In Delhi, this accounts for approximately 500,000 vendors.

If the new influx of vendors fall within the threshold, it may be easier to formalise them and target them as beneficiaries.

But this does have cost implications for a loan scheme.

A strict reading of the Act would suggest that as long as they fall within the threshold, they have a right to vending certificates and perhaps to benefits from the government.

Finally, even if many street vendors were able to access the credit, it is not clear how they would repay their loans if police continue to harass them and prevent them from setting up their stalls.

It is not clear what a vendor should take working capital loans for, if the guidelines for their unlock are absent.

During the lockdown, only street vendors selling “essential” goods such as fruits and vegetables were allowed to operate with e-passes.

Even as the lockdown lifts, not much has changed in how public officials perceive vendors: poor people who are ‘unessential’ and a 'nuisance' in urban areas.

That vendors are nano-entrepreneurs trying to earn an honest and dignified living seems unpalatable.

It is time for state governments to create conditions that are conducive for vendors to thrive.

Let’s start with framing a clear set of instructions and an unambiguous whip to police and municipal officials to prevent day-to-day vendor harassment. 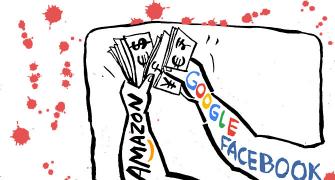 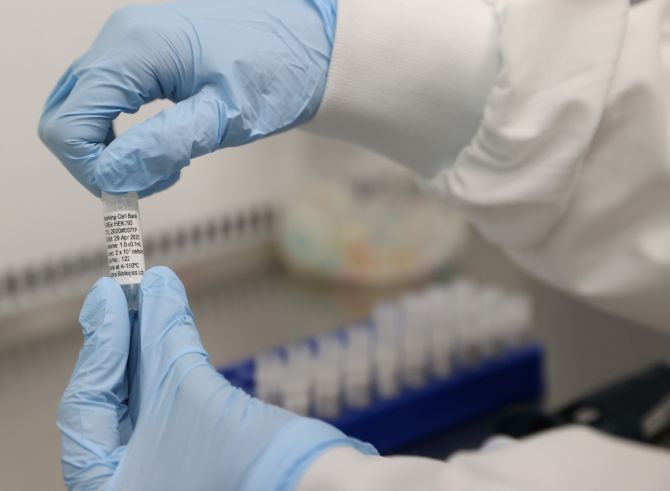