Historically, there is a 93 per cent positive correlation between Sensex and global crude oil prices 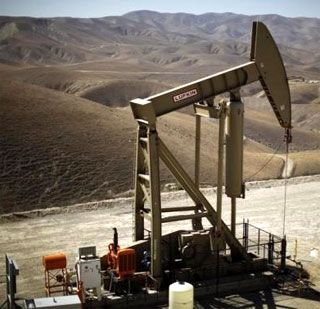 The continued weakness in crude oil prices is likely to put more pressure on Indian equities.

Over the past 20 years, there has been a positive correlation between international crude oil prices and the movement in the benchmark BSE Sensex. Beginning 1991, every one per cent rise in Brent oil has meant a 0.93 per cent rise in the Sensex, on average.

Higher crude oil prices also translate into better corporate earnings for India’s top companies. There is a 30 per cent positive correlation between crude oil prices and profitability (return on equity) of the Sensex 30 companies (see chart).

The United Arab Emirates and Saudi Arabia are among the top 10 destinations for India’s merchandise exports.

According to Sinha's estimates, there is a 28 per cent positive correlation between Brent crude prices and India's overall growth in gross domestic product (GDP). The correlation with Indian industrial GDP is even higher, at 43 per cent (see table).

“Contrary to the general perception, GDP growth and profits rise during periods of rising crude prices and vice versa. India’s GDP growth declined to an average of 5.5 per cent during FY98-99, when the average crude price declined 43 per cent to to $12/bbl.

In the past six months, however, the Sensex and crude oil prices were moving in the opposite direction, against the long-term trend. “The current sell-off could be the beginning of a process of realignment between the two assets. I see this as a short-term reaction and the market might start moving up again, once crude oil prices stabilise at a lower level,” says G Chokkaligam, chief executive, Equinomics Research & Advisory. According to him, economic growth in China and America are a more decisive factor in the equity markets than short-term fluctuations in crude oil prices.

In the near term, a decline in crude oil prices is likely to reduce economic activity in the Gulf countries, diminishing employment opportunity for migrant workers from India, resulting in lower remittances.

In FY14, NRIs sent home nearly $70 billion and nearly a third came from oil producing countries in West Asia such as Kuwait, Saudi Arabia and UAE, according to a Reserve Bank of India study.

The remittances economy is now nearly as big as the IT services segment that reported exports worth $72 billion in 2013-14, our single biggest export. Higher remittances in turn translate into higher income for recipient families in India, boosting consumer demand and house construction.

This link is especially strong in Kerala, Tamil Nadu, Uttar Pradesh and Punjab, with a large population of outbound-worker families.

Higher crude oil prices also boost foreign institutional investor inflows, leading to an expansion in valuations on Dalal Street. Higher crude oil prices in the past decade boosted the dollar earnings of oil exporting countries, which they invested in assets such as real estate, global equity and top-rated sovereign bonds, such as of the US, Germany and Britain.

The bulk of this surplus was recycled into other asset classes through the respective sovereign wealth funds of oil exporting countries. The world’s top sovereign wealth fund (SWF), Norway’s Government Pension Fund Global, has assets worth $1 trillion, 60 per cent of which is invested in equities globally. At the end of 2013, this fund had investment in a little over 200 Indian companies and 8,000 stocks globally.

In all, the world’s top SWFs — of Norway, Abu Dhabi and Saudi Arabia — hold nearly $2.5 trillion worth of assets. The continued decline in crude oil prices would reduce the export surplus for these countries and could even force their SWFs to liquidate their holdings, to plug holes in their public finances.

This will put pressure on equity markets globally. So, even if lower crude oil prices helps Indian manufacturing companies to report better margins and profitability in the longer term, the decline in foreign capital inflow would translate to lower valuation multiples.