Most e-commerce firms with 'Singapore holding structures' would opt out of the new Sebi platform, says N Sundaresha Subramanian. 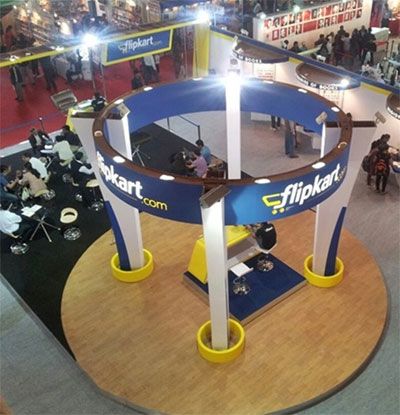 The Securities and Exchange Board of India (Sebi) has announced the new institutional trading platform (ITP) for start ups amid much fanfare. However, the ecommerce world, where all the action and excitement has been bubbling over the past year or so, has not jumped in with IPO announcements.

While Flipkart has been quiet, Snapdeal issued a statement saying the move “will benefit India-focussed companies like ours in the long-run.”

The operational part of this sentence is "long run".  At least, I believe so.

Let us go back to August. Business Standard first threw light on the cross border structure and ownership pattern of Flipkart, gathering these details filed by the company with the Singapore regulator.

As said in this article, the mothership Flipkart Private Ltd which owns its Indian marketplace and other subsidiaries, is based in Singapore.

See the graphic on the structure here.

In November, Mint also talked in detail about the complex structure of Flipkart revolving around its Singapore based firm.  This story has a crisp infographic of the Flipkart structure with the Singapore firm at its centre.

A reading of these two stories would show that all the billions of dollars that have come into these structures are through the Singapore vehicle.  Since there is an uncertainty in government policy as to whether foreign direct investment is allowed in such companies, most e-commerce firms have adopted this model of routing investments through Singapore.

Now, listing a Singapore company (startup or otherwise) in India is easier said than done. Both in the old platform and in the new.  These are simply not possible because of the Foreign Exchange Management Act (FEMA) and capital account convertibility issues. It is rather safe to say that an IPO is practically impossible.

Can then Flipkarts and Snapdeals of the world list their Indian subsidiaries, which are marketplace and technology firms?

According to the new platform rules spelt out by Sebi, at least 25 per cent of the pre-issue capital must be held by QIBs. But these stories will show that the Singapore firms typically own 90-99 per cent in these companies.

So, should these be restructured again to include QIBs? But if they do that then the FDI policy could come into play. That would defeat the purpose of taking off to Singapore in first place.

Thus, there is no question of these e-commerce giants operating through a “Singapore holding company structure” listing here under new rules in their present form. It might be possible after some structural rejig but the firms might not find it worth the trouble until some clarity emerges on the FDI policy.

Listing abroad, say in Nasdaq, would still make more sense for them given that the investors there are more mature, markets are more liquid and have the capacity to absorb multi-billion dollar listings.

Who then will the start up platform benefit?

The Sebi press release mentions "companies which are intensive in their use of technology, information technology, intellectual property, data analytics, bio-technology, nano-technology to provide products, services or business platforms with substantial value addition”.

According to figures quoted by Sebi, there are about 3,100 start ups which have received funding. It is possible that many of these could be in the non-retail space. It is possible that these could have already satisfied the 25 per cent QIB requirement. For example, it could benefit companies such as the taxi aggregators, provided they operate through India registered firms and their investments have come in at India level. ANI technologies, which runs Ola cabs, is an India registered firm and has received funding locally.

Companies such as ANI could be in a better position to make use of the new Sebi platform than Flipkart and Snapdeal.  There could also be IPR, data and nanotech firms. But, they are still not making those multi-billion dollar headlines that might excite the high net worth investors, who are going to put Rs 10 lakh (Rs 1 million) and more. Are they?