FPIs, which are holding large exposures in Indian debt, could also be expected to book some capital gains as yields slide down 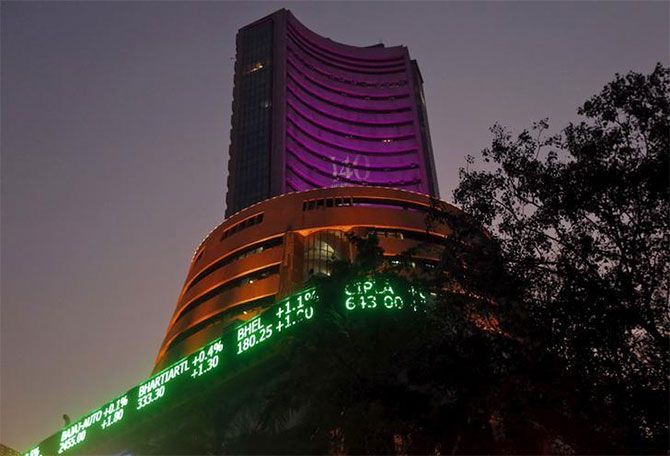 The new Monetary Policy Committee (MPC) decided unanimously to implement a rate cut in its first review. That brings the Repurchase (repo) rate down to 6.25 per cent with consequent adjustments of the reverse Repo to 5.75 per cent and the MSF (marginal standing facility) to 6.75 per cent.

The stock market had a favourable response. The consensus was slightly in favour of status quo so, there will be fresh long positions. Obviously, the financial sector will see more of a boost than the broad market. Housing finance and NBFCs will gain some fresh momentum alongside banks.

The Reserve Bank of India (RBI) is confident that it can meet targets of consumer price index (CPI) inflation at five per cent by Jan-Mar 2017 and the medium-term target of four per cent CPI (within a band of +/- 2 per cent).

Agricultural performance has been good and food inflation will reduce. Fuel inflation has been low. Core inflation (excluding food, fuel) has been at around five per cent. Household inflationary expectations are up.

Manufacturing has slowed. Services seems to have maintained momentum. Strong public spending and higher steel and cement offtake seems to indicate a pickup in construction. There should also be a consumption boost coming from the Pay Commission awards.

The OMO could continue and increase in scale as FCNR swaps are reversed. RBI will receive $26 billion worth of rupees at 2013 rates, as they sell dollar back to banks. Those rupees will have to be released back into the system, presumably through OMO, to maintain liquidity.

The trade deficit is low and the Current Account Deficit is also low. But, some underlying data are worrying. Exports have contracted and imports have contracted even faster. Between April and August 2016, the trade gap narrowed by $10 billion, year-on-year. The oil bill was 20 per cent lower in terms of value, and official gold imports dropped by 80 per cent.

Remittances dropped, due to poor economic conditions in the Gulf. Software exports flattened out due to poor global demand for information technology services from the key banking and financial services sector.

Also, gold smuggling surged as an unhealthy consequence of higher import duties. Portfolio inflows rose, FDI fell. Forex reserves are at an all-time high of around $372 billion, largely due to FPI inflows. RBI doesn't expect exports to pick up but it also doesn't expect global fuel prices to rise much.

However, the interest rate differential between the rupee and hard currencies reduces upon the rate cut. This could lead to some outflows. FPIs, which are holding large exposures in Indian debt, could also be expected to book some capital gains as yields slide down. But, that money might well switch out of debt into equity rather than leaving the country.

Net-net, the rupee is unlikely to weaken much right now. Slow growth, coupled to lower inflation indicates that the rate cut is not illogical. It's the central bank's take on the external sector which is interesting. Any rate cut has some impact on the rupee's exchange rates and the FCNR swap reversals could also affect currency rates. Obviously the MPC believes that this situation can be contained.