News
Business
Movies
Sports
Cricket
Get Ahead
Money Tips
Shopping
Sign in  |  Create a Rediffmail account
Rediff.com  » Business » The man who is caught in the crossfire between Tata and Mistry

R Venkataramanan, the managing trustee of the Sir Dorabji Tata Trust who is responsible for all Tata-run trusts, prefers to keep a low profile but has emerged as a power centre in the group - with more clout than many established CEOs, says Dev Chatterjee. 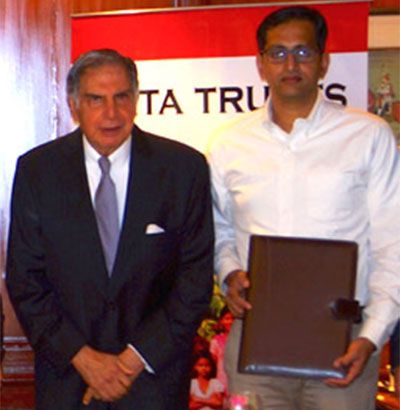 The crossfire between former Tata Sons chairman Cyrus Mistry and Interim Chairman Ratan Tata has claimed an unexpected victim: R Venkataramanan, the managing trustee of the Sir Dorabji Tata Trust who is responsible for all Tata-run trusts. These trusts are chaired by 78-year-old Tata.

The former executive assistant to Tata, Venkat, as he is popularly known, is accused by Mistry of two serious counts: Asking Tata Capital to give loans to Chennai-based entrepreneur C Sivasankaran that turned bad and of hiding fraudulent transactions in Air Asia. Both Tata Capital and Air Asia are unlisted and these transgressions were not made public.

“The loan to Siva was under the strong advice of executive trustee Venkataramanan, which has since turned into a non-performing asset. All of this resulted in Tata Capital having to recognise an abnormal size of NPAs,” Mistry said in his letter to Tata Sons board members and Tata trustees.

Sources say Tata Capital has lost around Rs 200 crore (rs 2 billion) of loans given to Sivasankaran, though the latter had given Tata Teleservices shares as collateral. As Tata Tele’s stock fell, these shares turned as good as dud.

Executive Trustee Venkataramanan, who is on the board of Air Asia and also a shareholder in the company, considered these transactions as non-material and did not encourage further study.

It was only at the insistence of the independent directors, one of whom immediately submitted his resignation, that the board decided to belatedly file a first information report,” Mistry said.

Mistry added he was forced by Tata to invest in Air Asia and, later, in Singapore Airlines and the investments were made just to satisfy the passion of Tata. Mistry also hinted at power centres in the Tata group that interfered in his work.

An email sent to the Tata group to seek its views on these charges against Venkataramanan was not answered. But in a generic statement the Tata group denied all charges.

Insiders say Venkat, who is a science graduate and completed his MBA from the Sri Satya Sai University and a degree in law from the Mumbai University, prefers to keep a low profile but has emerged as a power centre in the group - with more clout than many established CEOs.

“He was the eyes and ears of Tata after his retirement. Many of the personal investments made by Tata post his retirement in startups have been made only after it got the green signal from Venkat,” says an insider. “He can be seen in all trust initiatives of the Tata group. It was his proximity to Tata that gave him a lot of power,” says he.

Venkat, who is in his 40s, shifted to the Tata trust office from Bombay House with Tata in Elphinstone building in Fort area in 2012, but kept a close eye on the goings on in Bombay House - the headquarters of the Tata group, insiders say.

The charitable trusts hold 66 per cent stake in Tata Sons and wield a lot of power after articles of association of Tata Sons were altered to authorise Trust-nominated directors to change or appoint Tata Sons chairman.

“Venkat was present in all Trust events and it was only after passing him that you can meet Tata,” says a Bombay House old-timer. “Venkat attended every meeting with Tata for his new personal investments,” says a person close to the development.

Prior to his association with Tata, Venkat was head of business support at the Qatar Foundation, a non-profit based in Doha. He had also worked in Videsh Sanchar Nigam (now Tata Communications) and the Gujarat State Finance Corporation.

With Tata back in the saddle after Mistry’s unceremonious exit, all eyes will now be on how Venkat, who prefers to keep a low-profile, faces the limelight at Bombay House. 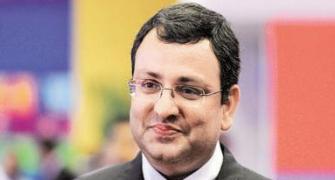 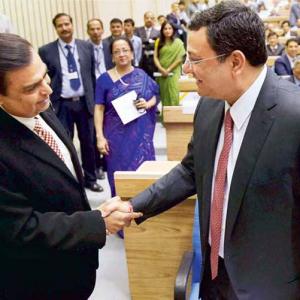