Did India derail WTO talks or US? 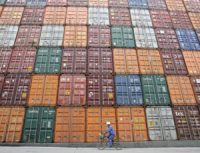 It appears there is some light at the end of a very long tunnel. Hopes have been revived at the World Trade Organisation with Director-General Pascal Lamy coming forward with a new "multi-speed" offer that should enable the fast-trackers and the laggards to remain on board before a portmanteau deal is struck.

No one seriously expects the US to sign up on any real hold-all deal till the next presidential elections are over and a new administration takes charge in the winter of 2012-13.

Given India's commitment to multilateralism in trade and its stake in a successful outcome of the long-delayed Doha Development Round, India should accept the three-speed option of driving fast, slow or at medium speed to the final destination.

India is not - and has never been - the spoiler in the Doha Round, despite the best attempts by western leaders and media to portray the country as such and the gamely willingness of Indian politicians to play along with that worldview in the hope of scoring political brownie points at home.

It is the US that has for long obstructed any forward movement in the Doha Development Round. Indeed, the western media no longer uses the middle word - development - and routinely refers to a "Doha Round".

By insisting on the Round sticking to its original development objectives, developing economies like Brazil, China and India are ensuring that Doha delivers on its promises.

Lamy's latest call for a three-speed process has been welcomed by some and rejected by others.

The view of the critics that the final outcome should be a portmanteau agreement is well taken, but in the search for the best, the good should not get rejected.

The Doha Development Round went into cold storage in 2007 in the run-up to the US presidential elections.

The hope that it would be revived in 2009 was belied because of the trans-Atlantic financial crisis and the global economic slowdown.

It is only in 2011 that the US began taking interest once again, but Europe is now in two minds given the crisis in European economies.

As a result, there is much less enthusiasm for a full-scope WTO agreement with many trading nations entering into bilateral and regional FTAs.

If Doha gets shelved again, multilateralism may die a natural death. This is not in the interest of any major trading nation.

Hence, Lamy should press on and secure agreement on his three-speed option. An early harvest package with a focus on items of specific interest to the least developed economies should be quickly put together and adopted by the WTO.

The problem with even a fast-tracked early harvest is that it would have to include some concessions to African cotton exporters.

The US is resisting this, as it always has, because of pressure from US farm interests.

If the world's most powerful country is unable to put its own interests aside in the interests of the world's poorest nations that too in a field such as cotton, how can any meaningful global trade agreement be struck?

The world empathises with the US given that it is dealing with a difficult economic situation at home, with high unemployment levels.

However, the world's poorest economies are worse off and have been so for decades when the US pushed hard for more open trading regimes in the name of free and fair trade.

There has to be some fairness even in fair trade.
Business Standard
Source: