News
Business
Movies
Sports
Cricket
Get Ahead
Money Tips
Shopping
Sign in  |  Create a Rediffmail account
Rediff.com  » Business » It's time for India Inc to go on a diet

It's time for India Inc to go on a diet 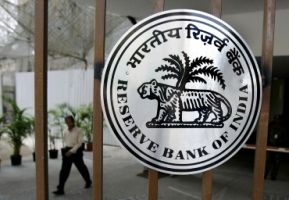 In an environment of stagnant revenue and falling profitability, cash flows can only be improved by cutting cost, though this could upset growth prospects, notes Krishna Kant.

The monetary tightening by the Reserve Bank of India and spike in the short-term interest rate have closed many options for India’s most indebted companies.

As credit gets scarce and expensive, many companies will be left with no option but to go on a diet to survive the current economic slowdown.

“The choices are stark for these companies.

The first priority should be to deleverage the balance sheet and cut the mounting interest burden that is eating into operating profits and forcing many firms to report losses at net level, he says.

None of the choices is easy, given India’s falling growth indicators.

In an environment of stagnant revenue and falling profitability, cash flows can only be improved by cutting cost, though this could upset growth prospects.

The problems in raising fresh equity capital have been compounded by a decline in valuations and a general lack of investor appetite for risky assets in the current environment.

At the end of March this year, the top 10 indebted companies in our sample had a total debt (adjusted for cash and liquid investment) of Rs 2.28 lakh crore (Rs 2.28 trillion).

Their combined market capitalisation at around Rs 59,700 crore (Rs 597 billion) is, however, only a quarter of their liability.

This rules out the possibility of the traditional route of equity fund raising such as a rights issue and qualified institutional placement to repay debt.

Given this, some experts are advocating radical measures such as large-scale asset selloffs, equity infusion from promoter group companies and even outright sale to raise the necessary capital.

“Market valuations have been depressed due to stagnant revenues and falling profitability. But many of these companies are sitting on good assets that can be bought by prospective investors if the price is right,” says Dara Kalyaniwala, chief executive officer, investment banking, Prabhudas Lilladher.

Here, the arithmetic is in favour of companies.

At the end of the March this year, these 10 companies were sitting on total fixed assets (adjusted for accumulated depreciation) worth Rs 2.44 lakh crore (Rs 2.44 trillion), around seven per cent more than their net debt.

This opens the possibility of asset sales to raise capital to repay debt.

It is most likely to work for infrastructure companies such as Jaiprakash Associates, Adani Power, GMR Infra and Essar Oil among others.

“It is a good idea to generate cash by selling off assets. Any cash is welcome at a time when there is a general cash crunch in the economy,” says Revati Kasture, head of research at CARE Ratings.

But for this to happen, promoters should be willing to take a haircut on their investment.

In the worst case scenario, it could even involve a complete exit from the business.

This is especially true of companies that used debt either to fund losses or accumulate working capital to push up revenue and profitability.

Suzlon Energy’s fixed assets are just a third of total debt while in the case of Gitanjali Gems, the ratio is as low as six per cent.

The ratios are slightly better for Videocon Industries (64 per cent) and Jain Irrigation (73 per cent) but they are still under water.

Others, however, do not buy this argument.

“A simultaneous divestment by all these companies would amount to a fire sale, depressing valuations across the board.

Banks would be forced to write off these loans ultimately and many of these companies would eventually fall off the radar, he says.