Cigarette companies have substantial wriggle room thanks to India's complex tax structure, which categorises them by length and filter, points out Charu Bahri/IndiaSpend. 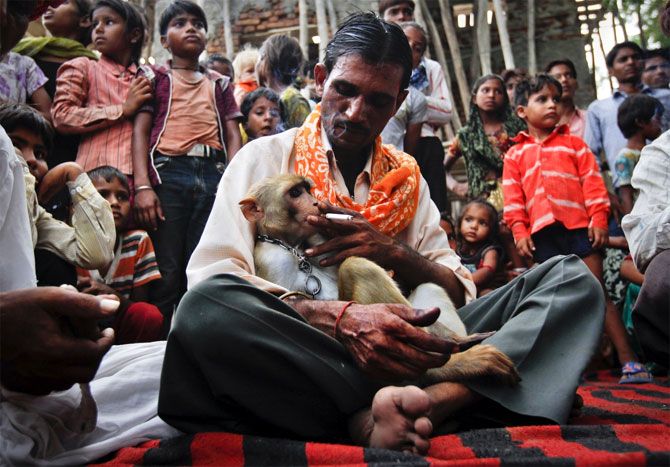 In March 2015 - in response to a drop in sales as taxes more than doubled over four years - India’s leading cigarette company ITC Ltd shortened its discount Bristol-brand cigarettes by 5 mm.

That 5-mm cut allowed Bristol cigarettes to make use of India’s complicated six-tier cigarette-tax system and fit into the lowest tax bracket. So, a pack of Bristols costs the same as before.

Cigarette-smokers comprise 39 per cent of India’s smokers according to the Global Adult Tobacco Survey (GATS) 2010, but they are taxed up to 210 times more than smokers of bidis, whose manufacturers tend to have greater political clout than cigarette companies.

Cigarette companies argue that taxes have hit demand but they have substantial wriggle room thanks to India’s complex tax structure, which categorises them by length and filter.

Cigarette smokers in India increased from 25 million to 46.4 million over 14 years (1996 to 2010), and per capita annual consumption of cigarettes declined marginally, from 101 to 96 cigarettes over the same period.

The result is that cigarettes are part of a health crisis - encompassing cancer, respiratory and cardiovascular diseases and tuberculosis - that in 2011 cost India Rs 104,500 crore ($15.90 billion). That is more than the combined nationwide state and central government spending on healthcare that year.

Price rise cuts smoking demand - but not in India

It’s a simple equation, which can greatly help stub out smoking, according to the World Health Organisation (WHO).

“Raising taxes is one of our strongest weapons to fight out tobacco,” said Arun Thapa, acting WHO representative to India.

Hiking tobacco taxes by 320 per cent between 1996 and 2013 helped the US reduce its per capita annual consumption of cigarettes from 1,820 to 893 cigarettes, and cut the number of adults who smoke by about a third. Why has the US experienced greater effect from tobacco taxes? Two reasons:

India levies excise duty on cigarettes per stick. A six-tier (seven-tier until 2014) structure defines taxes per 1,000 cigarettes, depending on the length of the stick and the presence or absence of a filter. The World Health Organisation’s Report on the Global Tobacco Epidemic 2015 criticises India’s tobacco tax structure for being complicated and, therefore, difficult to administer.

For instance, in 2014, excise duty was hiked 11 per cent to 72 per cent across tiers, and the states of Kerala, Tamil Nadu and Assam significantly increased VAT. That prompted consumer giant and cigarette market leader ITC to shorten the length of its cheapest brand, Bristol, to keep prices and sales intact. Despite a varied products portfolio, ITC generated 84 per cent of its operating profit in the year ending March 2014 from cigarettes.

Sometimes, the government tweaks the tiers in favour of industry. For instance, the sub-65 mm tax category, introduced in 2012. A tax differential of 40 per cent vis-à-vis the next tier prompted cigarette makers to rush into the low-duty tier.

Sales of the shortest and cheapest available cigarettes grew fourfold during 2013, from 4 per cent to 16 per cent of the market - an indicator of the limited budget of Indian smokers. This is the fastest-growing segment of cigarettes in India. Another view is that budget cigarette sales are growing because some bidi smokers are moving up the value chain.

“Growing consumption of low-price cigarettes is an outcome of cigarette makers successfully moving some bidi smokers up the value chain,” said Prabhat Jha, director of the Centre for Global Health Research, University of Toronto.

To discourage the consumption of low-cost cigarettes the government slapped the highest tax raise, 72 per cent, on the bottom tier in 2014.

“Taxing shorter cigarettes has a better public-health impact, as much of the cigarette consumption is happening at the lower end of the market,” said Rijo John, assistant professor at IIT Jodhpur and researcher of health policy and lifestyle behaviour.

Neighbouring Bangladesh has made it to the list of 33 countries globally that have followed WHO recommendations on raising tobacco taxes to 75 per cent of the price of a pack of cigarettes. Sri Lanka is almost there, with 70 per cent. The Indian government should also pull out all the stops in using cigarette taxes as a means to improve public health.

A Public Health Foundation of India study shows that increasing taxes on cigarettes by 370 per cent would cut consumption by 54 per cent and increase government earnings by 115 per cent.

However, India will see the best results from cigarette tax hikes when it eliminates the many-tiered tax structure, said experts.

“The best solution to decrease cigarette sales and slow the switch from bidis to cigarettes is to adopt a single high rate on all lengths of cigarettes,” said Jha.

“Domestically-manufactured tax evaded illegal filter cigarettes are available for as little as rupee one, a third of the price of the cheapest legal cigarette possible,” said Syed Mahmood Ahmad, director of the Tobacco Institute of India.

India is the world’s fifth-largest market for illegal cigarettes, according to Euromonitor International.

While industry would like the government rationalise duties to reduce the illicit trade, a more effective way to boost health would be to introduce uniform value-added taxes on cigarettes and bidis across states, according to John. Cracking down on cigarette smuggling would help too.