News
Business
Movies
Sports
Cricket
Get Ahead
Money Tips
Shopping
Sign in  |  Create a Rediffmail account
Rediff.com  » Business » Things other than the new metro that Chennaiites take pride in 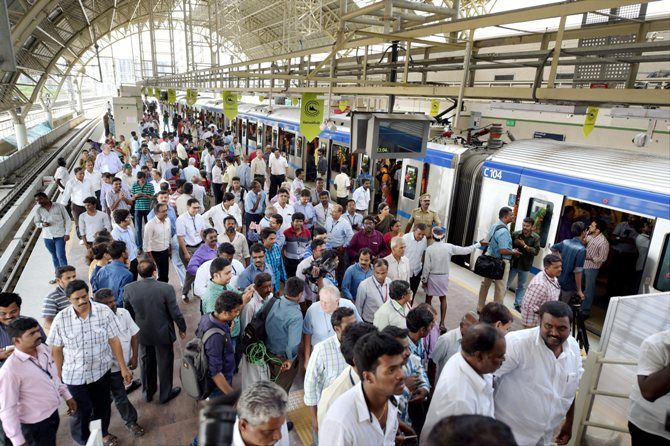 Image: A metro train runs on the tracks after Tamil Nadu Chief Minister J Jayalalithaa flagged off Chennai Metro Rail Limited’s passenger services between Alandur and Koyambedu, in Chennai on Monday. She flagged of a train through video conferencing from the secretariat. Photograph: PTI Photo

Priya Bala of Folomojo.com takes a look at colourful Chennai

The first phase of Chennai’s Metro Rail has been flagged off and the city which already has a fairly efficient public transport system gave it the thumbs up.

The swank new transport only adds to the list of things that make Chennai residents truly proud of their city. 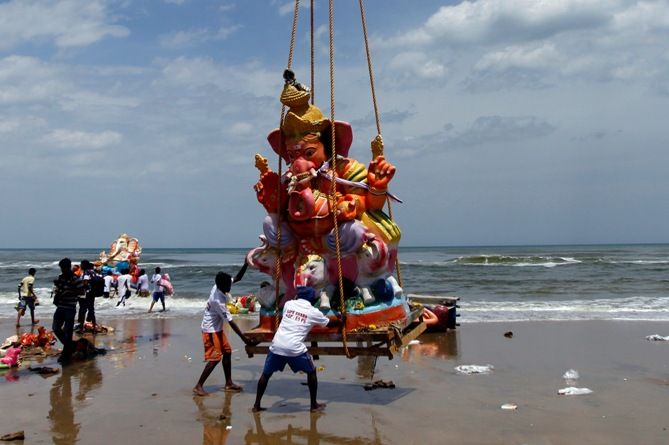 Image: Fishermen lower an idol of the Hindu elephant god Ganesh, the deity of prosperity, for its immersion into the Bay of Bengal during the 10-day-long Ganesh Chaturthi festival, in Chennai. Photograph: Babu/Reuters

Chennai may be bursting at the seams, but when you want to breathe free there are the beaches -- the vast sprawl that is Marina, where lovers can canoodle, and Elliots or Besant Nagar Beach, which is a little quieter.

There are sleek malls dotting the city and the TIDEL Park is a symbol of modernity. But if you want to recapture the past or soak in Chennai’s local culture, there are quarters like Mylapore and Triplicane where traditional lifestyles continue in the most charming way. 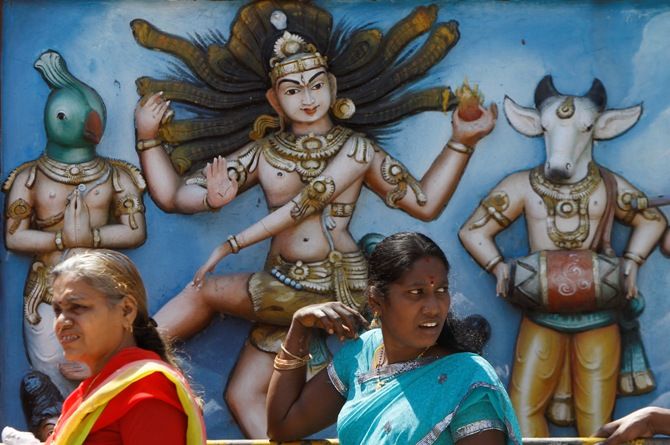 Image: Hindu devotees walk slowly in a queue past an idol of a Natraja as they throng to a temple to offer prayers on the occasion of the Mahashivratri festival in Chennai. Photograph: Babu/Reuters

Chennaiites are justifiably proud that they are a culture-loving people who patronize the arts. Bharatanatyam, classical music and other art forms flourish in places like Kalakshetra and Cholamandalam, which is only a short drive out of the city.

Cinema is a religion in Chennai and the excellent multiplexes in the city are still the most affordable in the country. First day-first shows of the big ticket films are a celebration in themselves. 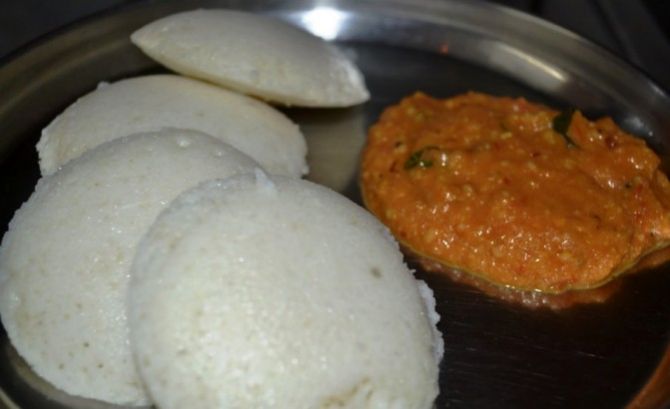 Image: The people of Chennai swear by the softest idlis.

Outsiders may dismiss the cuisine as idli-sambar, but the people of Chennai swear by the softest idlis at the Murugan Idli Shop, sumptuous vegetarian lunches at Saravana Bhavan, regional specialities at Appa Kadais and messes, super filter coffee, the rich concoctions at Sri Krishna Sweets and more.

This smooth highway makes a great getaway from the city. Long drives with frequent stops at good restaurants and a string of entertainment options make ECR a big hit with the locals. 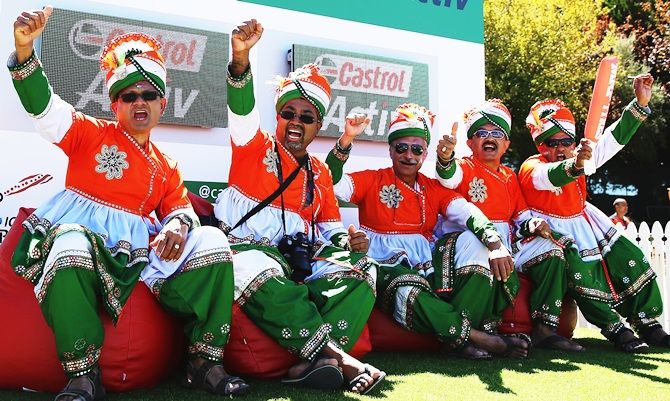 They have Chepauk. What’s more, the average cricket fan in Chennai is said to be among the most knowledgeable followers of the game.

How many other cities can boast of an entire season dedicated to classical music? Amateurs and connoisseurs flit from venue to venue to soak in ragas, not forgetting the excellent coffee-tiffin at the various Sabhas.

Shopping at Pondy Bazaar and Ranganathan Street are a very special experience which every Chennaiites loves. 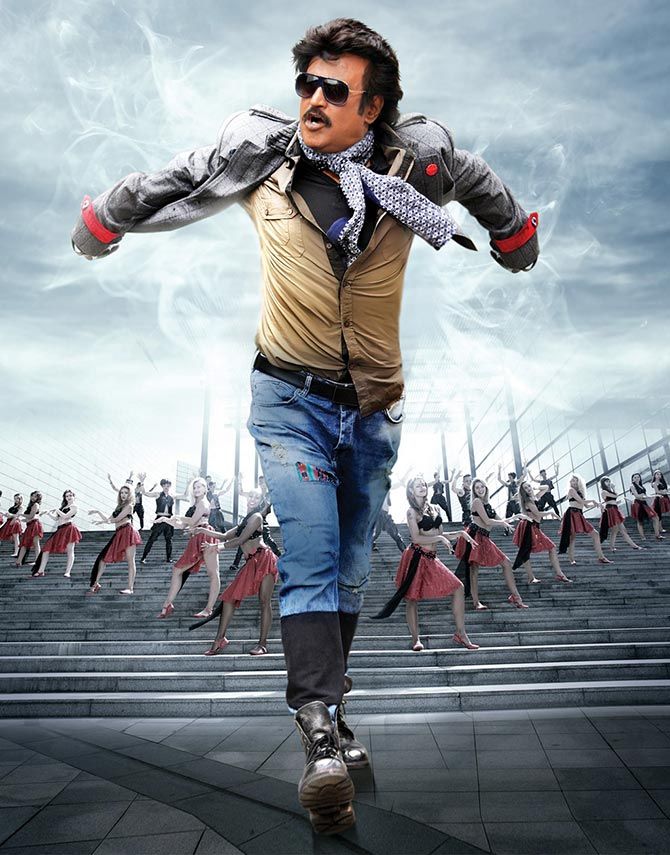 Yes, Chennai is home to Rajinikanth, the one and only Superstar. 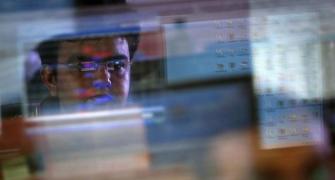 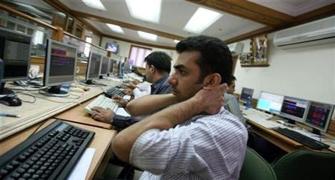 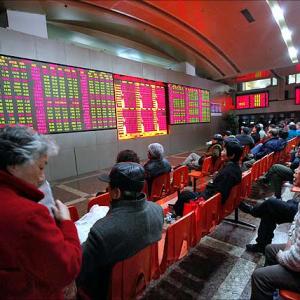 What effect will the Chinese markets have on Sensex?