Can the newly-minted Jal Shakti ministry bring water to some 19 crore Indian households that have never had taps or heard the sound of flowing water, wonders Vinayak Chatterjee. 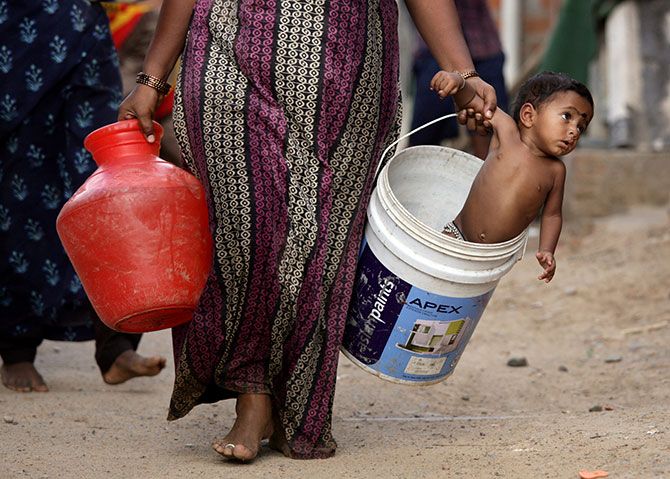 The government has promised its biggest ever delivery to the aam aadmi — 100 per cent piped-water to all households by 2024; and this is to be delivered by the Jal Shakti ministry.

After emphasis on highways, railways and renewables, the new government has indicated where its infrastructure priorities lie for 2019-2024 — clearly, water. Nal Se Jal (rechristened Har Ghar Jal in Budget 2019-1920) is a hugely ambitious programme. The last mile problem is one of the most difficult to solve in any utilities project, and especially so in a country with the size and diversity of India.

The Saubhagya scheme promised connectivity to the electrical grid to around 2.5 crore households.

In comparison, a NITI Aayog report last year pointed out that “three-fourth of the households in the country do not have drinking water at their premise.”

Given that as per the census of 2011, there were around 25 crore households in the country and assuming that this statistic has not changed at all, Nal se Jal will have to cover 19 crore households.

A NITI Aayog report has also compiled a composite index of water management comparing different states on a range of water indicators such as restoration of water bodies and improving the flow of groundwater, irrigation, and urban and rural drinking water.

States were scored out of 100 but most states achieved a score of below 50, thus requiring “significant improvement” in their water management practices. 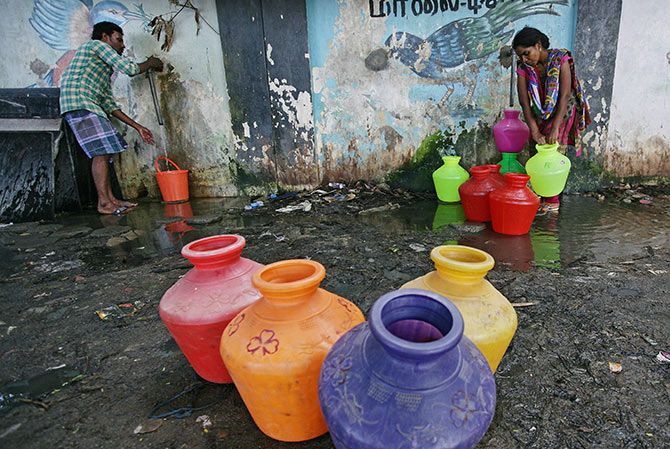 As the NITI Aayog report also points out, even data on actual availability of groundwater is limited -- groundwater data is based on sampling just 55,000 wells out of a total of 12 million in the country.

An outdated legal framework that allows landowners to also claim the groundwater underneath the land, means that groundwater -- a public resource -- is allowed to be extracted unchecked by all and sundry, creating a race to the bottom (literally), making the groundwater crisis dramatically worse.

The water sector has stark contours.

India has just 4 per cent of the world’s potable water resources, is the largest ground water extractor in the world with minimum recycling, and nearly 30 per cent of India is facing “desertification.”

Further, Mihir Shah, former mMember of the Planning Commission, postulates a gap of 24 million hectares of land still to be irrigated, reflecting in the failure of irrigation outcomes in the last many decades. Perhaps the most critical task facing the new Jal Shakti minister will be a diplomatic one.

Water is a state subject. It will be his task as the Union minister to get states with bitter disputes on water sharing, and used to seeing water management as a zero-sum game, to work together to achieve the goal of piped water for all.

The Centre had proposed the formulation of a National Water Framework Bill 2016. This is at the consultation stage with states, and needs urgent enactment to provide the necessary implementation framework.

Considering the number of households metric, it appears that the Nal Se Jal challenge is eight times larger than the Saubhagya (electricity connections for all) programme -- 19 crore households vis-à-vis 2.5 crore. But that is too simplistic. In reality, delivering piped water to 100 per cent households is many degrees more complex. Consider the following: • Cross-country and last-mile pipelines will have to be laid with attendant digging, laying and right-of-way issues. Electricity connections were more about stringing lines from poles and installing meters.

• A large number of attendant and ancillary supplies need procurement like pumps, valves, filters et al, which adds to the installation complexity.

• Supply of electricity was never an issue; but here sourcing of bulk water is.

• The electricity distribution market has an established economic model of pricing, metering, billing, collection; whereas the water sector is immature in this respect.

• Maharashtra is the only state that has a functional water regulator. Issues of quality standards, tariffs, targeted subsidy regime, adjudication of disputes and issues of cross-stakeholder equity require fair and active regulators.

• A long-term sustainable model for operations and maintenance needs to be put in place. Struggling discoms (distribution companies) demonstrate how difficult this is. 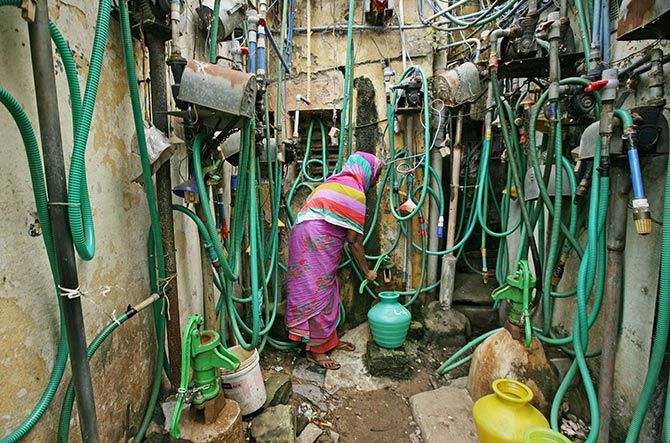 Finally, there is the issue of funding. Whilst no clear estimates are available on date, it is clear that the programme outlay will be many times that of the Rs 1 trillion-plus bullet train.

If that required Rs 90,000 crores of development funding on very, very soft terms from the Japanese, the government may well have to look at similar options beyond what the Central and state budgets can bear.

This basic utility provision in the 21st century should motivate multilateral and bilateral development finance institutions to rise to the occasion and commit really soft, long-term funds for this primal and epochal developmental goal.

A dedicated financial institution for the water sector suggests itself; and it may be opportune to resurrect the proposition in the Union Budget of 2008-09 for an Irrigation and Water Resources Finance Corporation. 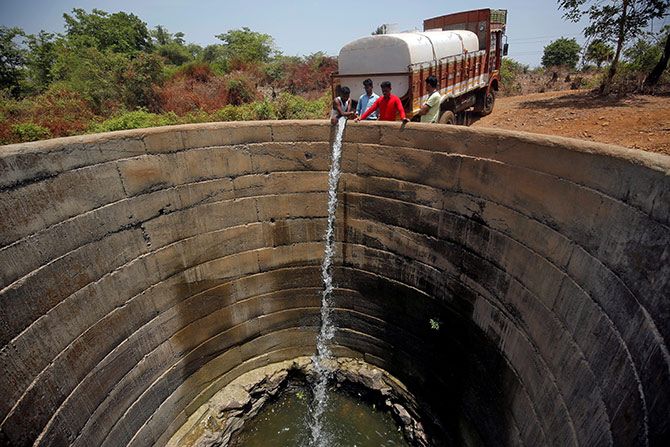 With all this, the new Jal Shakti ministry will be racing against time. Assuming, optimistically, that it takes one full year for network engineering and award of contracts, the government will have barely four years to execute the promise.

So, even if the nation were to achieve 50 per cent of the target by 2024, it would still qualify for being lauded as a stupendous achievement.