New roads, rail and metro networks along with ferry services will improve East-West connectivity, which will trigger an increase in real estate prices in the area as well as in Navi Mumbai, on the other side of the bay. 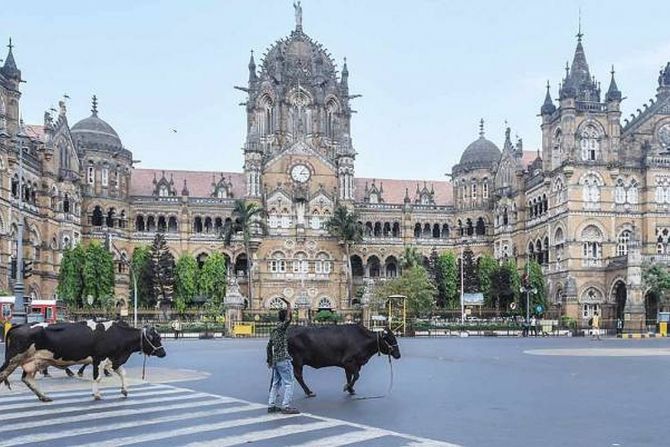 Mumbai, India’s financial capital, is set for a mega transformation with a massive patch of land opening up for redevelopment; a new metro railway ready to start services by the year-end; and the country’s oldest railway station, the Chhatrapati Shivaji Terminus, going for modernisation with private sector participation.

Work on Mumbai’s second airport will start from next mon­th, while construction of the sea link connecting central Mumbai to Navi Mumbai has already moved into a fast lane despite Covid-induced lockdowns.

Also, a coastal road project, connecting Nariman Point to Worli, is under way and will help decongest the city to quite an extent.

Of all these mega infrastructure projects, the one that has a huge potential to change the city’s skyline is the Eastern Waterfront project — to be built on the Mumbai Port Trust (MbPT) land.

As part of the project, slums in the dock areas are likely to be shifted and accommodated in affordable housing colonies in the city.

The project has also op­ened the opportunity to build a “Central Park” in Mum­bai, a la New York.

Designing the project is Ahmedabad-based HCP Des­i­gn, the firm that gave the blueprint for the Sabarmati Water­fro­nt in Ahmedabad and New Delhi’s Ce­­n­tral Vista project.

Experts say this is an opportunity for Maharashtra and the central government to address the social and infrastructural challenges that Mumbai faces.

The land can be redeveloped to include affordable housing, hospitals, schools, colleges, recreation and sports infrastructure, intrastate bus terminus, water transportation and infrastructure for cruise liners, besides cultural centres.

“This can potentially bring a positive change in the lifestyle and wellness of the people, apart from promoting tourism, with emphasis on the safety of the environment and wildlife.

"We will explore opportunities that fit our real estate strategy,” said Sanjay Dutt, managing director and chief executive officer, Tata Realty and Infrastructure, which is evaluating opportunities to develop residential and commercial buildings in the project.

The cost to set up infrastructure per block is Rs 6,500 crore.

Land surveys are on and the number of blocks is being worked out.

The total project cost will depend on the final techno-legal studies.

Earlier, the redevelopment of the commercial district at Lower Parel, Dadar and Elphin­stone towards the western side of central Mumbai was carried out on land where defunct textile mills stood.

The swanky Bandra Kurla Complex, today the address of some of the country’s biggest financial companies, was built on marshy land in the 1990s.

After it came up, a large number of companies shifted from South Mumbai’s Nariman Point and Ballard Estate to this new complex.

Similarly, the areas towards the eastern side of central Mum­bai like Sewri to Byculla, when opened for development by MbPT, are bound to change the landscape of the city.

The simultaneously planned infrastructure projects are also expected to trigger robust growth of this region.

This large-scale redevelopment has lessons to learn from the past.

“During the redevelopment in the last 30 years, the poor were left out and slu­ms mushroomed all over the city.

"Billion­aires lived in billion-dollar homes with slums around,” said an urban planner who did not wish to be na­med.

“If this project is handled well, it can transform the city for the poor, too.

"But the greed of a few powerful people can still tilt the scales against them.”

According to the plan, MbPT is developing approximately 253 hectares, half of which will be for public activities.

The plan includes mixed land use development of a hi-tech city, government offices, recreational spaces, theme parks, and so on.

The focus is on increasing tourism along the city’s waterfront.

New hotels and restaurants are also expected to come up in the area.

According to real estate consultant JLL, new roads, rail and metro networks along with ferry services will improve East-West connectivity, which will trigger an increase in real estate prices in the area as well as in Navi Mumbai, on the other side of the bay.

The port area was earlier restricted to industrial, commercial and port activities.

With this redevelopment, residential buildings will come up; these are expected to house approximately 100,000 people.

“It is early to comment on the implementation timelines.

"However, MbPT hopes to fast-track the process and is currently shortlisting consultants for empanelment for monetisation of assets,” said A Shankar, head of Strategic Consulting and Valuation Advisory, JLL.

“Most cities around the world have built public gardens, social infrastructure and, of course, residential and commercial complexes in a plan­ned way,” said Vikas Oberoi, chairman and managing director of Oberoi Realty.

"It can be an integrated township that can offer everything one needs or aspires for.”

“One can only pray that all the governments focus on the long-term future of Mum­bai and insist on increased public amenities like large parks and jogging tracks,” said an urban planner, adding, “In the past, greed has not been good for the city.”