Global studios and indie content shops tap into the growing fan base for movie and TV characters in India, report Arundhuti Dasgupta and Urvi Malvania. 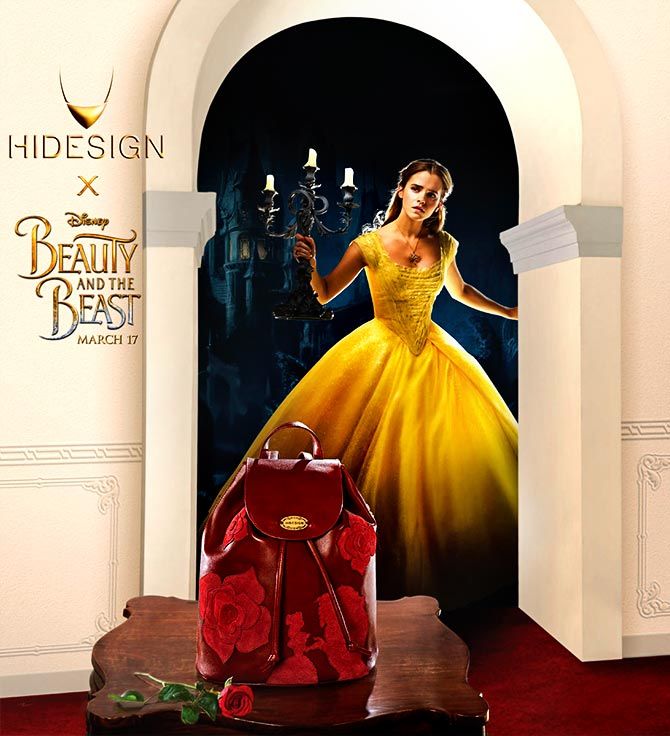 IMAGE: Disney has been partnering with a range of brands in various categories for its movies released in India. Photograph: Courtesy, Disney

Even as Disney’s Beauty And The Beast plays out on screens across the country, a collection of bags, satchels and wallets with the movie’s popular characters are on sale at Hidesign stores and online marketplaces.

This is not the first time that Disney has branded its popular movie characters into products and neither is it the only studio doing so, but the number and size of such deals is on the rise.

Double digit sales growth, demand for character and entertainment-led merchandise and the growing clout of online marketplaces is pushing studios such as Disney, Fox, Viacom 18 and home grown production houses such as Green Gold Animation to invest in the licensing and merchandising arms of their businesses.

Character and entertainment brand licensing is one of the largest segments of the licensing business, and probably the part most recognised by consumers, says Abhishek Maheshwari, vice president, Disney Consumer Products and Interactive Media.

Disney has been partnering with a range of brands in various categories for its movies released in India and its participation is steadily showing better results.

The studio says it is careful about ensuring a merchandise-brand match for all its projects. “Hidesign is a classic brand as is Disney’s Beauty And The Beast story. We saw a perfect fit,” Maheshwari adds.

It is not just the big studios that are paying more attention to L&M.

Rajiv Chilaka, CEO and co-founder Green Gold says, “We got into L&M quite early in our venture.”

He says that his company hit gold when it experimented with a small print run (3,000) of Chhota Bheem comic books for a kite festival at Ahmedabad.

They were sold out in no time.

“Parents were pestered by children who loved the character. Even when the child was too small to read, he would ask for the book,” says Chilaka. IMAGE: Green Gold hit gold when it experimented with a small print run of Chhota Bheem comic books; they were sold out in no time. Photograph: Sanjay Sawant for Rediff.com.

As Indian viewers get more organised and fanatical about their heroes on screen and the comics they read, they are pushing studios and content shops to invest more in L&M.

“Licensing continues to grow at a strong double digit 15 to 17 per cent. My understanding is that demonetisation may have temporarily slowed it down because finally licensing is about the discretionary spending power of the urban middle class living in the top 10 cities of India. However, it is going to continue growing at this pace,” says Saugato Bhowmik, business head, consumer products and integrated network solutions, Viacom 18.

Bhowmik believes that the business is fuelled by two big changes.

“One is the entry of popular, iconic international franchises and the development of really popular Indian brands and, two, the continuous growth of e-commerce in the country which provides last mile reach to the mini metros and small towns where access to such merchandise is next to nil,” he says.

He echoes the sentiments of many.

In the past, global studios have baulked at investing more in L&M businesses in India because of its bustling ‘fakes’ market.

In recent years, however, even though the grey market still accounts for close to 80 per cent of the total sales, online marketplaces have boosted their confidence.

Counterfeits are easily traced online, which makes it easier to shut them down.

“We realised that there is no single distributor for the wide range of products under the Chhota Bheem banner,” he says.

Hence, Green Gold has invested in a 40,000 square feet storage area for its merchandise and distributes its own branded products. The company started out with a small shed but growing demand has led them to focus more heavily on L&M, he says. 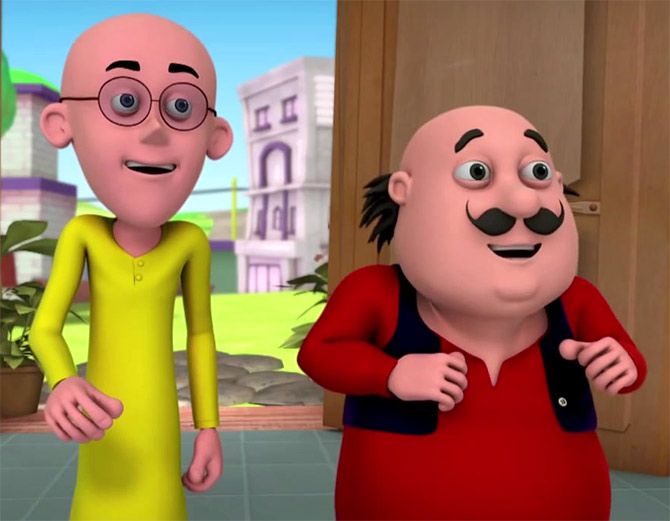 IMAGE: Motu Patlu, Chhota Bheem and Shiva contribute at least 15 to 20 per cent of the sales in the  branded merchandise industry.

“Character awareness and affinity is the fundamental basis of character licensing. Brands have started to track this trend and are working towards integrating popular characters in their products seamlessly,” says Maheshwari.

He points to an increasing trend among children and even young adults of seeking to carry their screen heroes back home with them in the form of consumables, wearables and mementoes.

“Even adults have caught on to the trend of owning fun and quirky character branded merchandise,” he adds.

Another interesting development has been the rise of Indian characters on the branded merchandise horizon.

“Motu Patlu, Chhota Bheem and Shiva, these three brands together would contribute at least 15 to 20 per cent of the entire industry. Both Indian characters and international franchises are growing at an equally scorching pace. When it comes to TV viewership, Indian brands are doing better but merchandise is still about fan clubs and fan clubs are still very international,” says Bhowmik.

The Indian market, as Bhowmik and Maheshwari point out, is still in its infancy.

Not only is the customer base small, the amount people are willing to spend on products under the label of their favourite characters is not significant either.

Still the studios and production houses are drawn to its potential.

“The segment is poised to grow significantly in the coming years. We see a lot more positive uptake to the concept of licensing in the country now, which was not so a few years back,” says Maheshwari. 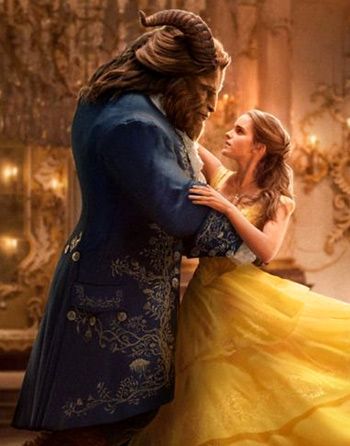 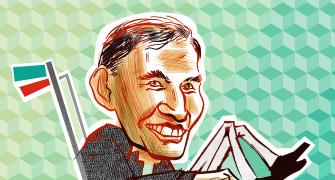 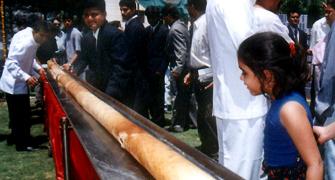 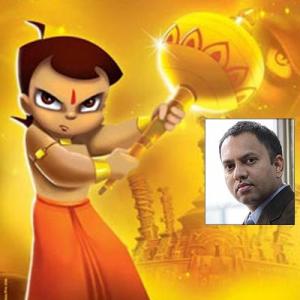