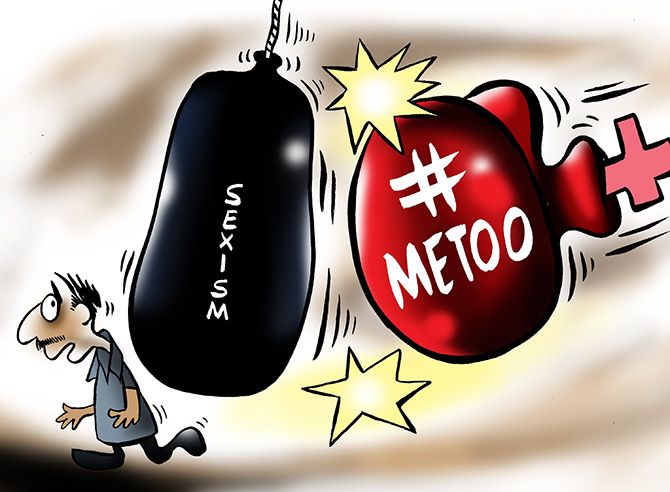 Finally, the #MeToo movement is catching up in India almost a year after in the United States.

Gowree Gokhale and Preetha Soman of law firm Nishith Desai Associates address a few pertinent questions in the context of rights of workers and the obligations of employers in the media and entertainment industry. Edited excerpts:

Who is covered under the Sexual Harassment of Women at Workplace (Prevention, Prohibition & Redressal) Act, 2013 (Act)?

The Act protects only women. Accordingly, women employees of a producer, women actors, make-up artists, choreographers and even visitors to a production house or on the film sets are covered under the Act.

How is ‘workplace’ defined under the Act? Can a person claim protection under the Act on a film set, outdoor location or a promotion tour?

The Act provides for an inclusive definition of the term ‘workplace’.

Accordingly, a woman who is harassed on a film set/promotion can claim protection under the Act.

Are gig economy workers covered under the Act?

Yes, provided that the act of harassment has occurred at a workplace.

Does harassment on social media (such as trolling and threats) come under the ambit of the Act?

Harassment on social media in the form of trolling, threats, etc, may get covered under the Act if, (a) the act is ‘sexual’ in nature and (b) has some connection to the 'workplace’.

What are the basic responsibilities of a producer under the Act?

Some of the key responsibilities include setting up an internal committee or IC (if the producer has at least 10 employees), providing a safe working environment, frame a policy on the prevention of sexual harassment, conduct regular sensitivity training for employees and submit an annual report to the District Officer.

The producer is also required to assist the woman in filing a criminal complaint if she so desires.]

What caution should the organisation exercise while appointing an external member to the IC?

The external member should be a person associated with an NGO or an association committed to the cause of women or a person familiar with issues relating to sexual harassment of women.

What is the process to be followed if the producer doesn't have an IC?

In the absence of IC, the woman may approach the local committee (LC) constituted by the state.

In the case of unorganised entities, such as individual producers, freelance directors and casting agents, the LC and SHe-Box can be approached.

What are the penal provisions for non-compliance under the Act?

A repetition of the same offence could result in the punishment being doubled and could lead to de-registration of the entity or revocation of any statutory business licenses.

What additional steps should the entertainment industry take?

An independent committee may be established within the industry and talent bodies to handle complaints. Effective sanctions such as boycott/blacklisting could be implemented.

Mediation may be provided, especially in cases where there is not enough evidence.

Sensitising employees and talent at the commencement of and during the project.

The contracts should include stringent provisions, such as non-payment of the fee to the accused till the complaint is resolved.

Producers' body should publish a list of authorised casting agents on its website, which is periodically updated. There should be independent background checks of these agents.

Trial by the media can be avoided if the industry itself devises effective mechanisms to bring this to an end.

A fine balance needs to be maintained in dealing with the accused, till the issue is resolved.

What should the government do to ensure compliance with the Act?

The government should ensure that LCs are constituted in every district as per the Act.

The government should take steps to cancel business licenses of producers unless they have complied with the law.