About 50 days after the government directed a cut in the prices of 151 essential medicines, pharmaceutical companies are continuing to sell these at the previously allowed maximum retail price (MRP). 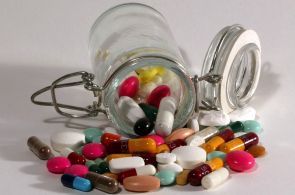 An investigation by Business Standard has found products by several leading drug majors, such as GlaxoSmithKline (GSK), Cipla, Pfizer and Sanofi, are available in the market at a price much higher than was notified as a ceiling by the National Pharmaceutical Pricing Authority (NPPA).

The rule says all companies must comply with the new prices and sell their products at the new MRP within 45 days of a price notification.

The bills show all these as sold at their previous MRPs, significantly higher than the newly notified prices.

All these formulations were part of NPPA’s notification on June 14. These companies were required to withdraw or recall all the previously priced batches from the market within 45 days. The deadline ended on July 29.

Chemists and other trade sources, including stockists and distributors, also told Business Standard that most companies were yet to liquidate previous stocks with the newly priced ones.

However, Abbott and GSK maintained they had complied with the new norm. Sun Pharma said, “At the stockist level, most of the products for which new prices have been announced have been replaced.”

When asked, NPPA said if companies were found violating the law and still selling medicines at the previously valid prices, they would be penalised for overcharging consumers.

“The law will have to be implemented,”

NPPA chairman C P Singh said. However, he added, the regulator might not take coercive action against those companies who had challenged the 45-day criterion, for liquidating existing stocks in a court of law. Sun Pharma, Cipla and Wockhardt were among those to have done so.

GSK, which sells most essential medicines in the country and is known for brands such as Crocin, Calpol and Zovirax, said it did not plan to challenge the norm.

Asked why its products were in the market with the previous MRPs, its spokesperson said, “We have complied with the regulation…we have also intimated the trade to return the old-priced stocks.”

A Sanofi spokesperson said to implement the new prices “efficaciously”, companies were required to alter the labels or relabel the medicines to indicate the revised prices.

However, since the finance ministry had only recently exempted the excise duty on this activity, the company had now begun putting stickers with new prices.

“The goods with revised prices will reach the retailers’ shelves shortly. The process of putting the stickers on each individual pack is a highly labour-intensive process. Moreover, the reverse logistics of getting the old product packs back from the retailers or wholesalers to our warehouses, and replacing the same with products printed with revised prices, is also very time-consuming. Our customers have already been informed about the revised prices and requested to return the products bearing the previous prices,” went the explanation.

Pfizer refused to comment. An email query to Cipla and GSK Consumer Healthcare did not elicit a response. Ranbaxy said, “We have started invoicing the listed products with the revised prices.”

NPPA had fixed the new prices of 348 essential medicines in line with the government’s new drug pricing policy, cleared by the Union Cabinet last November.

With the new policy in place, prices of medicines are supposed to drop by up to 90 per cent in some cases; in most cases, it would range from 10 per cent to 50 per cent.
Sushmi Dey in New Delhi
Source: