Under GST, the small and medium industries would have to handle things on their own, says V S Krishnan. 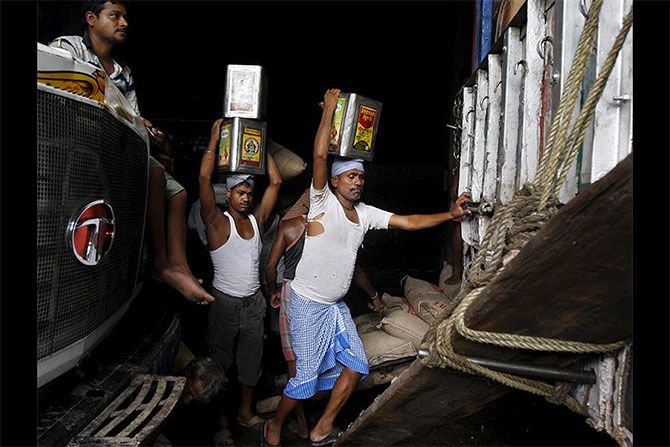 The series of GST Council meetings have demonstrated both pragmatism and flexibility of the government to solve problems as they come along. Continuing in the same spirit, the meeting of the GST Council on June 11, addressed a number of rate issues where representations were received from trade and industry.

The government was receptive in sectors with considerable employment potential. For example, the Centre reduced the GST rate from 18 per cent to 5 per cent on job work services relating to gems and jewellery, leather and textiles sector.

It was felt that a lot of the value addition in the sector is carried out by workers in their own homes or in small outsourced premises.

Similarly, rates fixed for processed foods such as ketchup, jam etc. have been brought down to give a fillip to the food processing industry. This is again an industry with considerable employment potential.

India processes only 5 per cent of its horticultural produce in comparison to 70 per cent by countries like Brazil. By reducing the duties, it is expected that the lower price points may help expand the market and create a favourable ecosystem for foreign investment in the food processing sector.

In the meeting, the Council also addressed the issue of the inverted duty structure in a number of sectors. For example, the tractor industry, subject to 28 per cent duty on the components against 12 per cent on tractors, would have faced accumulation of credit, creating a cost escalation in the manufacturing.

To address this problem, the Council has reduced the GST rate on clearly identifiable tractor components from 28 per cent to 12 per cent. Similarly, in the pharmaceutical industry, the duty rates for certain inputs have been brought down.

The government has also responded to wide clamour of small and medium enterprises (SMEs) to reduce their compliance burden in the GST regime.

This will benefit a large number of SMEs. These will now have to file simple compounding return, without having to give details of invoices. The rate has been fixed at a flat rate of 1 per cent for the traders, 2 per cent for the manufacturers and 5 per cent for the restaurants.

The question really is whether the GSTN portal will be ready to receive all the returns. While the big firms have the opportunity to use the services of the GST Suvidha Providers and authorised Suvidha Providers, the SMEs would have to handle things on their own.

To help them, the GSTN has created an offline utility to which small and medium industries can upload their returns and from which the GSTN portal will convert the same into their standardised formats.

A large number of software accounting firms, such as Tally, Taxman etc., are developing software which will help small and medium firms to send their returns after filtering errors.

A large training exercise has been initiated by the GSTN to help the SMEs submit tax returns in the digital  mode.

While the challenge is daunting, the past experience in implementing large projects like electronic voting and Aadhaar, offers hope.